Before Watchmen Mini-Series Coming This Summer 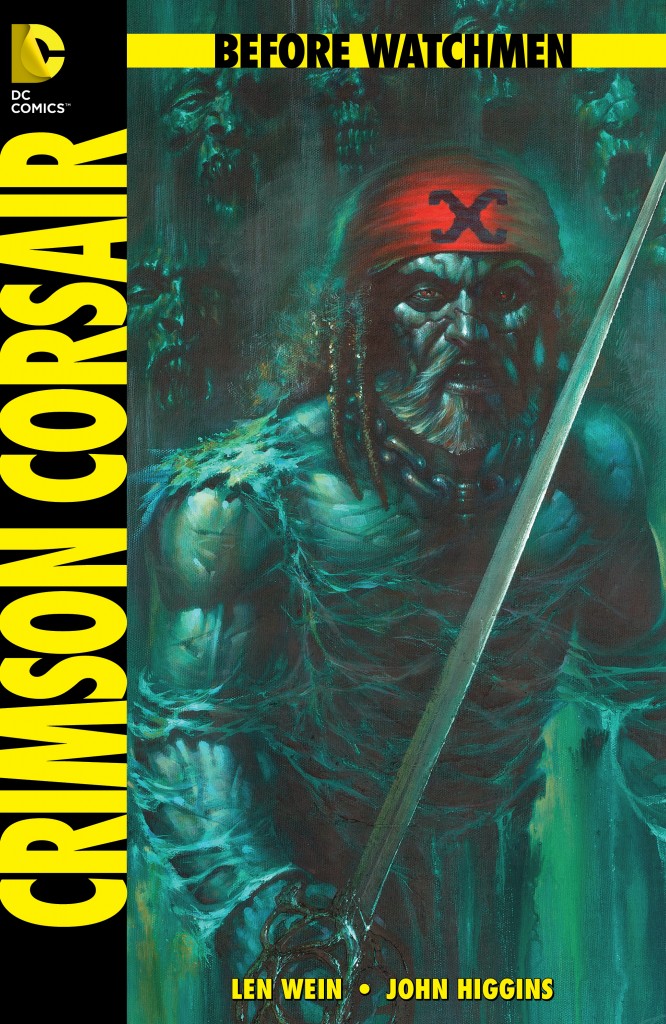 Late yesterday, DC said that they would be making some kind of big announcement today. There was a lot of speculation about what the news would be.

I was leaning towards:
– Major event revolving around Daemonites and/or Pandora
– JLA/Avengers 2 (I can dream, right?)
– Return of Stephanie Brown, Wally West, Secret Six, and Shadowpact (crazy dream number 2).
– Announcement of a JLA movie franchise.

I kept hearing Watchmen sequel come up, but I didn’t think that was going to happen.

So this morning DC made their announcement, and while it is Watchmen related, it’s not a sequel. Check it out:

This summer, DC Entertainment will publish all-new stories expanding on the acclaimed WATCHMEN universe. As highly anticipated as they are controversial, the seven inter-connected prequel mini-series will build on the foundation of the original WATCHMEN, the bestselling graphic novel of all time. BEFORE WATCHMEN will be the collective banner for all seven titles, from DC Comics.

“It’s our responsibility as publishers to find new ways to keep all of our characters relevant,” said DC Entertainment Co-Publishers Dan DiDio and Jim Lee. “After twenty five years, the Watchmen are classic characters whose time has come for new stories to be told. We sought out the best writers and artists in the industry to build on the complex mythology of the original.”

Each week, a new issue will be released, and will feature a two-page back-up story called CURSE OF THE CRIMSON CORSAIR, written by original series editor Len Wein and with art by original series colorist John Higgins. There will also be a single issue, BEFORE WATCHMEN: EPILOGUE, featuring the work of various writers and artists, and a CRIMSON CORSAIR story by Wein and Higgins.

“The original series of WATCHMEN is the complete story that Alan Moore and I wanted to tell. However, I appreciate DC’s reasons for this initiative and the wish of the artists and writers involved to pay tribute to our work. May these new additions have the success they desire,” said Dave Gibbons, WATCHMEN co-creator and original series artist.

“Comic books are perhaps the largest and longest running form of collaborative fiction,” said DiDio and Lee. “Collaborative storytelling is what keeps these fictional universes current and relevant.”

Skitch Commentary: Which I respect the genius of Watchmen, I always thought the story was just a little too dark for my tastes. I prefer something like Squadron Supreme and Kingdom Come which deal with dark issues, but still maintain at least some sense of hope and optimism. Watchmen just always leaves me feeling down in the dumps when I read it.

In my opinion, a Watchmen sequel would be a huge mistake. The story seemed to come to a pretty satisfying conclusion, and any sequel would take away from that. Not to mention that there would be a huge backlash from the fans. I suspect there will still be some, but not quite as bad.

BUT, I do think there is plenty of room for good prequels. The creative teams they picked for this book are terrific choices. I am especially looking forward to Darwyn Cooke’s Minute Men and Silk Spectre series.

Obviously, it’s a shame Alan Moore isn’t involved, but really that is no surprise at all. He’s made very clear his feelings over the years about doing any kind of follow up to Watchmen. I do like that the original editor and colorist of Watchmen are involved in this.

I do wonder if they tried to get Dave Gibbons to work on it. He’s done work for DC over the last few years. THAT would have really made this Watchmen prequel perfect. But all that said, I am looking forward to seeing these mini-series over the summer.

Benefits Of Installing Glass Splashbacks In Your Kitchen