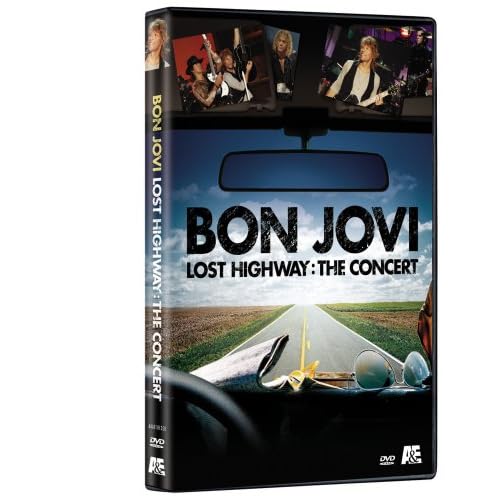 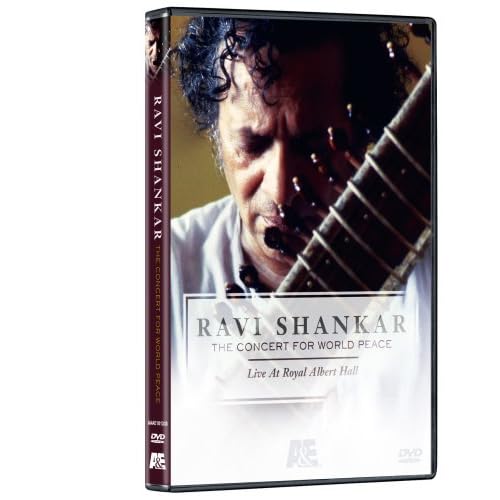 A&E has released two concert DVDs. The first is the rock band Bon Jovi’s performance of their number one album, Lost Highway. The second is Ravi Shankar’s 1993 Royal Albert Hall Performance. And beyond the fact A&E has released them both, they have nothing in common.

In the 80’s hair metal was king. Then in 1991 one song, “Smells Like Teen Spirit” wiped out an entire genre of music in a musical genocide. Dozens of musical careers were destroyed in one unintentional swoop. However some of those bands grew and survived. One of those bands was Bon Jovi. After almost 25 years in the business and 10 studio albums, their 2007 album, Lost Highway, brought them their first number one album since 1988. What better to way to celebrate than to play the entire album live for the fans who love it.

This is a pretty solid concert. I wouldn’t even consider myself a Bon Jovi fan but I enjoyed watching it. The songs are pretty good and the performances are very energetic. It’s a rather small, intimate crowd and it’s easy to see that they are all loving every minute of it, and that fanaticism is a bit infectious. Plus they end with a little “Wanted Dead or Alive” and you can never go wrong with that.

And now for something completely different. In 1993 Sitar master Ravi Shankar put on a concert for world peace. And while we haven’t quite reached that point, sitting and watching this concert might just bring you a few steps closer to that in your own life.

Unless you’re an avid Shankar fan and have seen him before this is going to unlike any concert you’ve ever seen. It just Ravi and four back up musicians sitting on a stage. Also, it’s not like he sits there and plays all his hits. This hour and a half concert is three long jams, or Raga’s as they call them. It starts out slow and droning and slowly the tempo builds and builds and by the end you understand why Shankar is a master of his craft. The way his fingers move over the strings is unbelievable.

Both of these DVD’s are pretty much geared towards a very specific audience: fans of the artists. However, if you’ve ever been curious about either Bon Jovi, or Ravi Shankar, these would be a great place to start.

Band Interviews: (18 min.) These are rather bland interviews with each band member about their career and the concert and other such matters. Not really worth the time.

Ravi Shankar: The Sould Of Tradition: (21 min.) This great featurette features interviews with Ravi, his wife, his daughter and fellow musician Zakir Hussain. They talk about how Ravi brought traditional classical Indian music to the rest of the world and open many doors to their kind of music. He is truly a master of his craft and his is a great homage to him.

The Inside Pulse
Two pretty good concert DVD’s. I enjoyed the Ravi Shankar one more, but either one is good if you’re a fan. The Bon Jovi disc is sorely lacking in extras.