There is an eyewitness account of Michael Hayes confrontation with Mark Henry up here. Allegedly, “Hayes was up on stage, drunk, singing badly and swaying all over the place. Itâ€™s the same thing he did at Stephanie McMahonâ€™s wedding to Triple H. Only this night didnâ€™t turn out so well for him.” He then told Henry that his lack of success on Smackdown was due to “not being black enough… I’ve got soul, brother. I’m more of a n***** than you are!â€ Jason Powell has also broke news of another racial complaint about Hayes regarding Dave Kapoor, the Raw writer who played Khali’s translator Ranjin Singh last year. Many other writers and agents, as well as members of the McMahon family, were said to have been witness to Hayes using a derogatory term and mock accent to insult Kapoor.

Elevera Anoai Fatu passed away last night after a seven-year fight against cancer, according to WrestlingObserver.com. She was the sister of Afa and Sika and the mother of Umaga, Rikishi and the Tonga Kid.

Rob Van Dam’s wife, Sonya, recently diagnosed with cancer, is recovering well from her surgery on Friday, according to a report on 570AM in Los Angeles.

PWInsider.com reports that Boogeyman — out for a while recovering from injuries — has also been getting dental work done to replace his missing teeth.

Another three-hour Raw is scheduled for 23 June in San Antonio. That’s six days before the Vengeance PPV in Dallas.

WWE will release The Definitive Ric Flair Collection on 8 July: 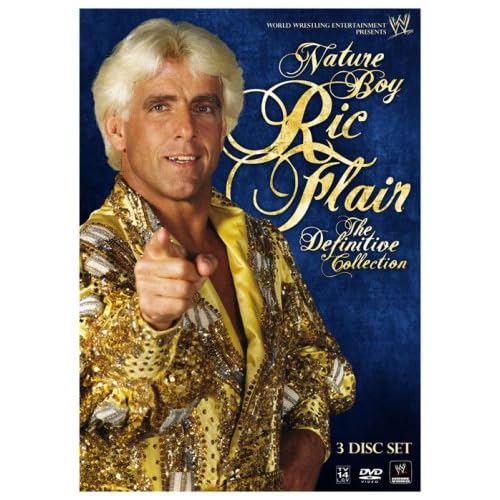 Steve Blackman returned to the ring for Classic Championship Wrestling in Pennsylvania last night. His training school partner Rob Mort comments on his comeback in this article.

Merinews have a gracious article up about how proud they are of Khali helping to restore wrestling’s popularity in India.

Not to be outdone on the homeboy front, The Sun in the UK speaks with William Regal about his King of the Ring victory and desire to wrestle more often.