First series to be published under exclusive agreement

San Diego, CA (June 9, 2009) – IDW Publishing is pleased to announce the upcoming launch of the first series of ComicMix.com properties, GrimJack: The Manx Cat. For the first time in print, fans can now enjoy the adventures of GrimJack in 26 full color pages published straight from the online comic. Writer John Ostrander and artist Timothy Trumanskillfully return to the grim and gritty interdimensional land of Cynosure, in which gun-for-hire GrimJack holds court in the fabled Munden’s Bar.

“We’re excited to be bring some of the best ComicMix properties to real-world books, and GrimJack is a great way to start,” said Greg Goldstein, chief operating officer of IDW. “The new books are a great new way to enjoy ComicMix fans to enjoy their favorite comics, and expose the properties to new fans.”

GrimJack debuted in the mid-80s and rapidly became one of First Comics’ best-selling titles. Created by Ostrander andTruman, the series was revived in 2005 for the graphic novel Killer Instinct, published by IDW, which is also home to the trade paperback reprints of the First Comics’ material.

“It’s sort of a homecoming for us,” GrimJack and ComicMix editor-in-chief Mike Gold notes. “We’ve had a long and productive relationship with IDW – absolutely the best I’ve had in my career. There’s no better choice to restart at the place we took off initially, with a brand-new GrimJack mini-series.”

GrimJack: The Manx Cat #1 will be available in stores in August. Diamond order code JUN09 0951 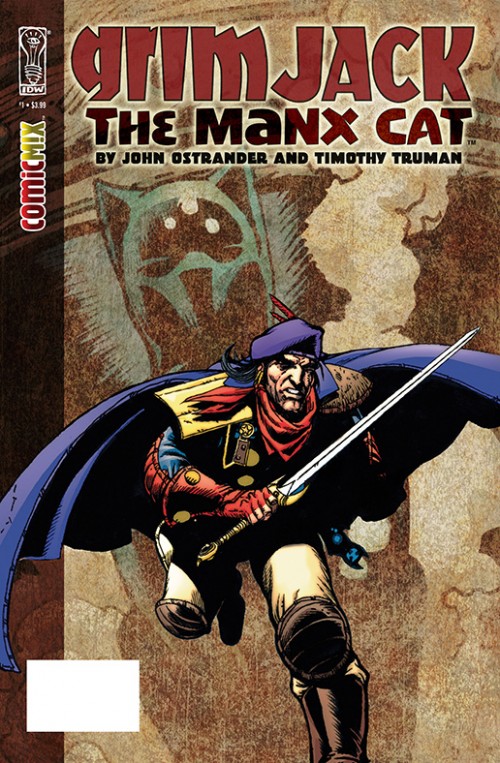