History of the Patriots touches down in Nov. 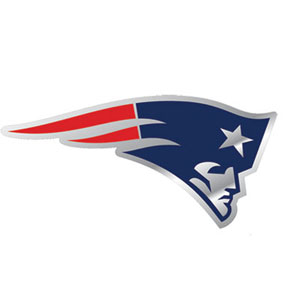 BURBANK, CA (September 4, 2008) Warner Home Video (WHV) and the National Football League (NFL) are giving New Engalnd Patriots fans a DVD they have long been waiting for. NFL History of the New England Patriots will debut this season, full of the defining moments and enhanced content that every Pats fan desires. From the Cappelletti and Grogan days through Brady and Moss of the present team, this two-disc collectors set is a must have. NFL History of the New England Patriots will be available on November 4 for $26.95 SRP.

They began as a team without a permanent home. Nearly 50 years later, the New England Patriots are one of the most successful franchises in the National Football League. From the nomadic days in Boston to glistening Gillette Stadium in Foxboro, NFL History of the New England Patriots covers the great games, star players and unforgettable moments throughout the franchises history. From the early days of Cappelletti, Hannah, Grogan, and Tippett through the modern day players such as Bledsoe, Coates, Brady and Moss, this two-disc set tells the story of one of the great teams in pro football history.

“Having won three of the last seven Super Bowls, the Patriots have cemented themselves as one of the greatest teams in NFL history,” said Eddie Scannell, WHV Director, Sports Marketing. “This DVD takes an in-depth look from the early days of the franchise though the Kraft/Belichick/Brady era of today. This is a must-own DVD for Patriots fans everywhere.”

Disc One:
The Complete History of the New England Patriots