Warner Gives Us More Two and a Half Men This September

Warner Home Video has announced a September 1st release for the sixth season of Two and a Half Men. The 4-disc package will retail at around $44.98. Extras will include featurettes (“Growing Up Harper: The Evolution of Jake Harper and the Talented Young Actor Who Portrays Him”, “The Women of Two and a Half Men: Lets Hear from the Girls”), and a gag reel. Here is this season’s synopsis:

“In Season 6, a smart, independent brunette named Chelsea may finally have turned party-boy Charlie into a man. The kind of man who brings you tea when youre sick. Sleeps over at your place, even if he cant watch ESPN in bed. Or makes the ultimate sacrifice: nukes the nudie pix off his cell phone. And theres lots more funny that keeps Two and a Half Men the #1 comedy on TV: Jake locks lips with the cute girl next door, the one whose football-star dad is named Mad Dog. Judith prepares for a midlife baby, who may end up looking a lot like Alan. And Alan dates his receptionist, then ends up in bed with her frisky mom. Lifes a beach in Season 6!” 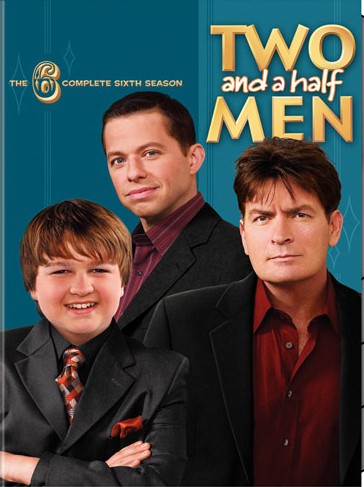 Moira MacTaggert’s 10 Lives Exposed As Her Unexpected NEXT Chapter Begins For Destiny Of X With X Deaths Of Wolverine #5 Spoilers!