Both the DVD and Blu-ray Disc releases of 17 Again will be available to own beginning August 11, 2009. Currently now there are no details on the extras included with the DVD release. But the Blu-ray release touts that it’s “packed with Zac!” with 30 minutes of featurettes (“Zac Goes Back”, “Going Back To 17”, “Zacs Dance Flashback”, “Tom Lennon & Melora Hardin Unfiltered”), additional scenes, character outtakes, a “Way Cool” Tell All Trivia Track, and a digital copy of the film. A standard definition DVD will also be included. Here is the synopsis of the film:

“No one would call Mike ODonnell the perfect husband or father least of all his wife or kids but hes about to get the second chance hes always wished for. When Mike is passed over for a promotion at work, he blames his family for his lack of success: if only he could do it all again and do it right this time, then everything would be different. When Mike wakes up the next morning, hes no longer his unhappy middle-aged self – instead hes 17 all over again! Heres his chance to do it right! Reminiscent of Peggy Sue Got Married, and a reverse Big, 17 Again is a true new coming of age story – one where getting a second chance at your happy ending means creating a whole new beginning!” 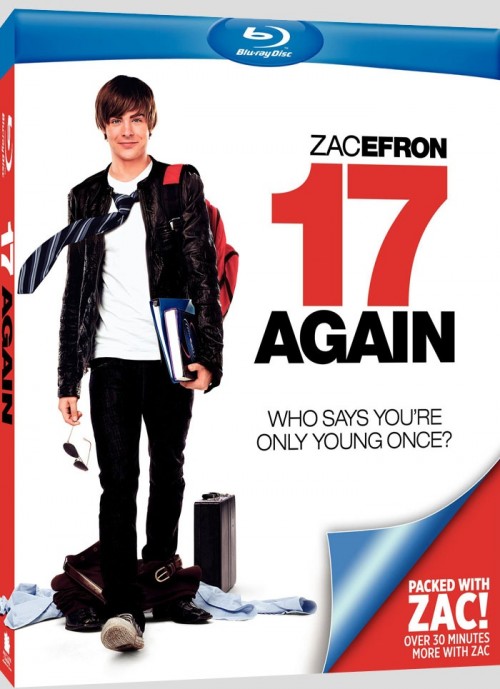