Lots of fun during the results show as I heard Lilly Scott cut a promo on the Idol voters, essentially calling them idiots. And while I do think that they were silly getting rid of her, the truth is that since it is at it’s core a popularity contest, so really, the voters did not get things wrong.

Anyways, this week is the Rolling Stones, and I’m expecting a couple of things to occur here:
– Some really bad performances due to poor song selection (obvious)
– An attempt by someone to do a Jagger strut
– “Paint it Black”, “Wild Horses” and “You Can’t Always Get What You Want”.

Michael Lynche, “Miss You”
Lynche gave us some controlled energy here, moving around the stage in a sensible manner. He gave us a bit of a R&B vibe, and understands how to connect with the audience. I’m not sure where the “desperate” part of the performance was, but Michael continues to work hard at staying one of the front runners.

Didi Benami, “Play With Fire”
There were points where Didi seemed lost in the performance, but I’m not really familiar with the song so I can’t say if that’s true or not. I also liked the build to the big note, but I watched this after Siobhan’s performance and to be honest, it wasn’t nearly as good in that respect.

Casey James, “It’s All Over Now”
Casey is looking more and more like Chad Kroeger every week. That is not a compliment. He gave us the type of song we expect from him – blues/rock, and I think his enjoyment resonated with the crowd. I like Simon’s comment with Casey, trying to push him to do more because he expects Casey to be around for a bit. Also, I liked Ellen’s little joke there, and how she managed to work her sexual preference in there without actually saying it.

Lacey Brown, “Ruby Tuesday”
I think this was changed up a bit too much for my liking. It felt like Lacey chose this song because she knew the chorus, and I don’t know that the song really fit her weird voice. Probably a forgettable performance, so I think Lacey’s in trouble.

Andrew Garcia, “Gimmie Shelter”
Andrew is singing like a man resigned to the fact that he’s not going to win the competition. I just don’t see the fire in him anymore, and he’s going through the motions, without any true passion. This song should have had him bouncing around the stage a lot more, but he was really rooted to the main area. And yes, he was pitchy in a lot of places, but the main problem is still that mentally he’s given up. Andrew needs to go.

Katie Stevens, “Wild Horses”
At this point, I’m not expecting a whole lot from Katie. And she gave me exactly what I expected from her – a somewhat dispassionate, lounge diva-esque performance that leaves a lot to be desired. Rolling Stones week did Katie no real favours in the judges wish to have her be more contemporary. And now I need to hear the Susan Boyle version just to see how much better it is.

Tim Urban, “Under My Thumb”
Imagine if Bob Marley covered the Rolling Stones, and did it in a manner that you might see in Margaritaville. Got that? That’s what we got from Tim Urban. This was seriously not good, and it’s more something you’d expect Jason Castro to do. But Castro had the advantage of having us expecting him to sing things in a reggae style. Tim still has no identity, and is showing that he was, in fact (at a minimum) the 13th best male in this season’s crop of singers. He’s definitely one of the bottom three.

Siobhan Magnus, “Paint it Black”
Yeah, this was awesome. Siobhan did a really good job doing a slow build to the big notes at the end. Nothing really to say other than to watch this performance on Fox/CTV if you missed it. Strangest thing to me about this whole thing, in fact, is that Siobhan stole Twitch’s glasses.

Lee Dewyze, “Beast of Burden”
I think the criticism of Lee is spot on. He really needs to just cut loose and let the audience see that he can be that guy that everyone can relate to, and get behind. The problem, of course, is that he’s starting to run out of time to do that. Idol has tons of people that have had the potential but never fully connected with the voters.

Paige Miles, “Honky Tonk Woman”
I have to give Paige props for singing with a bad throat, and singing that well, but she’s probably suffering from the same problem that Lee is having – not connecting with the audience. But in Paige’s case, she hasn’t been pushed by the judges so that is a problem for her going forward. 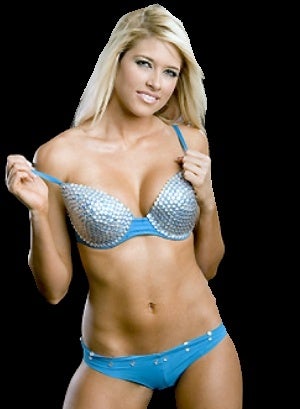 but that would be really weird, wouldn’t it?

This was typical Aaron – a good performance, solid but nothing spectacular. This may actually bode well for young Aaron since I felt that Kris Allen was much the same way throughout – never having the best performance of the night but staying remarkably consistent throughout the season.

Crystal Bowersox, “You Can’t Always Get What You Want”
So yeah, it was Melissa Etheridge doing the Stones. Never a big deal when you have someone capable like Crystal doing the singing. I’d agree with the judges that it wasn’t Crystal’s best performance, but like Michael, Crystal has been on a different level from the other singers so a great performance from her still outstrips personal bests from the others, with ease.