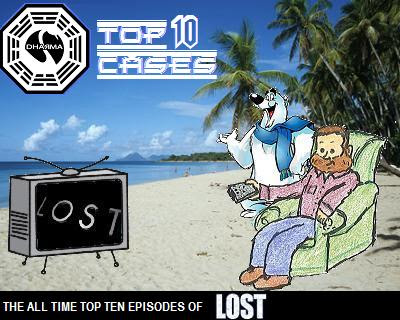 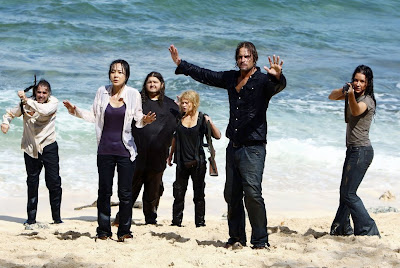 Despite ranking in at number nine – and not number ten – this episode was the closest to being cut when it came to finalizing this list. It’s not that I didn’t enjoy it (clearly I did), but I couldn’t help but wonder if in the grand scheme of things, other episodes were more worthy of a spot on this list. But at the end of the day, this episode brought us a climatic reunion, the resolution to one of the series most debated mysteries, and placed all of the central characters where they needed to be leading up to the finale.

It’s ironic, since the creed of these characters is that they have to live together or else they will die alone, but it feels like the survivors of Flight 815 haven’t been in one place, at one time, since sometime during the second or third season (and even throughout the beginning of season three, Jack, Sawyer, and Kate were being held captive by the Others). The fourth season saw the characters divided between Jack and Locke (with one side believing the freighters would be their savior, and the other side thinking they’ll be their destruction. Both were right, I suppose). Season five saw them separated by time. And, again, for most of this season most of the characters were on opposing sides of the Jacob/Smoke Monster war. So for a solid two or three seasons, we’ve seen our core characters forced apart from each other. Thus, it was rather surreal seeing Jack, Hurley, Sun, and the rest of their group emerge from the jungle, finally reunited with their friends. Sure, Jin wasn’t there – and Locke wasn’t quite Locke – but they were essentially living “together” for the first time in about three years (both in our viewing timeline, and in the Lost universe timeline).

And as I said above, this episode was about setting the pieces in place for the finale. Sawyer and his crew are being held captive by Widmore’s men, having not realized that he’s possibly been conned in the midst of his attempt to con the big bad, Jack is a renewed man of faith now in the camp of the guy he’s trying to stop, the remains of the former Others are planning to blow up the plane, and Desmond is in a well. And while I’m not sure it struck the emotional chords it was going for, Jin and Sun finally found each other after years of separation (for what it’s worth, I thought they would have benefitted from utilizing their very effective standby of a silent, slow motion scene set to touching music). And whereas they may have come up a bit short with Jin and Sun, I think they really nailed the significance of the confrontation between Jack and Locke – a scene that worked on a number of levels. This scene also answered that question that has been debated over the past season or so – was Christian Shephard a manifestation of the Smoke Monster?

I also enjoyed Jack’s spiritual journey. For the past couple of seasons – and particularly this one – he’s taken a step back from his typical leadership role, and has submitted to being a doting follower motivated by faith. Yet it was this episode that he was thrust back into that leadership role. One default leader, Hurley, essentially stepped down when their monster adversary requested a sit down with Jack. And the other new leader, Sawyer, was leading them down a path that Jack just knew wasn’t right. And with that, he took a literal and metaphorical leap. And when he leapt into the water, I think he officially became the hero he always needed to be. First he was hindered by his stubborn inability to recognize the island’s capabilities. Then he was blinded by his faith that the island’s grand scheme would work out for all of them. During that fateful voyage on Libby’s boat, he used logical thinking to support his faith-based beliefs. Not even John Locke could do that.

This was also one of the more interesting sideways episodes of the season. After already learning that characters can get a glimpse into their island lives when confronted with somebody they deeply love, or in a near death experience, it was actually quite fun seeing so many characters interact with each other. We had Jack meet Claire and Locke. Sawyer came face to face with Claire and Sayid. Sun recognized Locke as both were rushed to the emergency room.

Not to mention it had just about the coolest episodic preview in the history of the series.

Click here for my original review of the episode

Matt Basilo has been writing for Inside Pulse since April 2005, providing his insight into popular television shows such as Lost, 24, Heroes, and Smallville. Be sure to visit his blog at [a case of the blog] and follow him on Twitter.