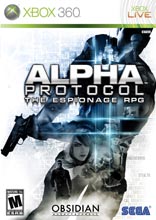 Developer: Obsidian
Publisher: Sega
The year is 2009. Worldwide political tensions are at a breaking point when a commercial airliner is shot down by a U.S. missile over Eastern Europe, killing all aboard. The U.S. government claims no involvement, and dispatches Agent Michael Thorton to investigate and bring those responsible to justice. As the first modern day spy role-playing game, Alpha Protocol offers unprecedented control over the development of Thorton’s abilities and his interactions with other characters. Upgrade skills such as physical combat, weapons mastery, cutting-edge technology and even seduction as you grow in experience and complete missions. 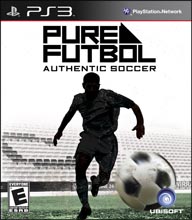 Pure Futbol (PS3 & XBox 360)
Developer: UbiSoft
Publisher: UbiSoft
Stop watching from the stands and discover what it’s like to play real soccer – raw and unfiltered. Through close-up camera angles and stunning audio & visual treatments, Pure Futbol captures the true on-field emotions. This ARCADE SIMULATION features 5-a-side matches that are intense, fast-paced, spectacular and include a level of aggression and physicality that would never be allowed in the professional game. 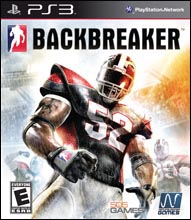 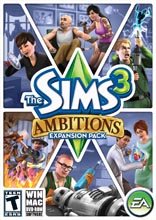 The Sims 3: Ambitions Expansion
Developer: Electronic Arts
Publisher: Electronic Arts
Your Sims can now experience the best jobs ever! Make your Sim the town hero or cause loads of mischief among your neighbors. Will your Sim save the day as a brave firefighter, become a billionaire high-tech inventor, or change the town as a leading architect? The possibilities are entirely up to you! 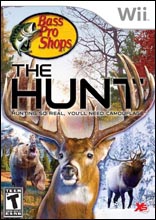 Developer: CokeM Interactive
Publisher: CokeM Interactive
The Hunt is on! Combining authentic hunting gameplay with an innovative motion-sensing rifle controller, Bass Pro Shops: The Hunt is the most exciting hunting game to hit next-gen consoles. You will experience the thrill of the hunt while you stalk and kill your prey in some of North America’s most famous hunting spots. With local multiplayer, arcade mini-games and season hunt modes, BPS: The Hunt is fun for gamers and hunters alike.