The rock biopic of the influential all-girl band from the 1970s will get a home release in July. Sony Pictures Home Entertainment has announced The Runaways starring Kristen Stewart and Dakota Fanning for DVD and Blu-ray on July 20, 2010. Proving that she’s not a child anymore, Dakota Fanning shines in the role of Cherie Currie, while Kristen Stewart gives herself distance from the Twilight franchise. The Blu-ray will have “The Runaways Playlist,” an exclusive feature, that will allow users to access real time information on the case, music, trivia and more.

Other supplements will include commentary with Joan Jett, Kristen Stewart and Dakota Fanning; and two featurettes (“Plugged In: Making the Film” and “The Runaways”).

Check out the horrible artwork below and read our theatrical review. 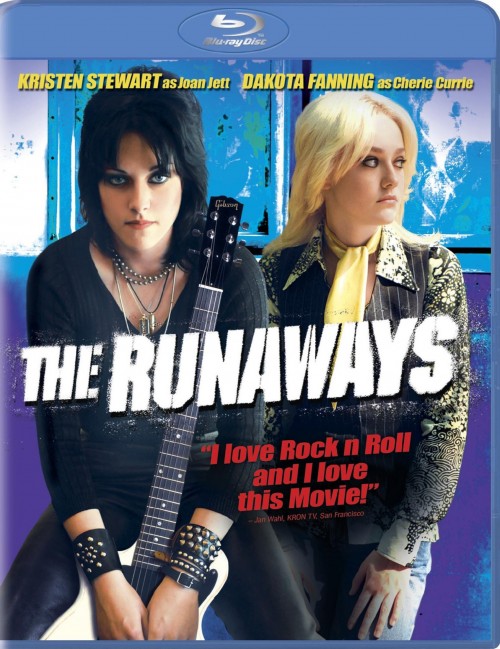