Disc News: Time At Last … For The Twilight Zone on Blu-ray 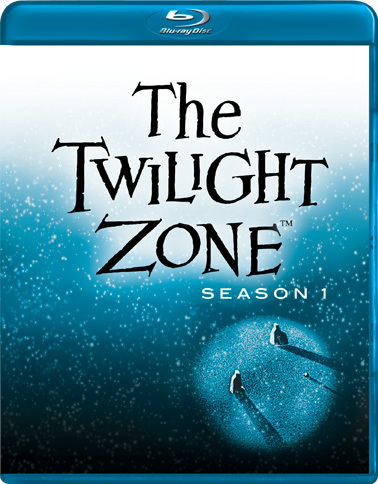 Long rumored, the first season of The Twilight Zone has officially been announced by Image Entertainment for Blu-ray release on September 14.

First airing in 1959, The Twilight Zone is considered by many (this writer included) to be one of the pinnacles of television perfection. Created and hosted by Rod Sterling, the show was an anthology series dedicated to tales of science fiction, horror and fantasy. So seeped in pop culutre is The Twilight Zone, many of the episodes’ plots are widely known by those who haven’t even seen a single episode.

Some of the stand-out episodes that are contained in the first season include “Walking Distance,” a tale about a middle-aged ad executive who travels back in time to his childhood home; “Time Enough at Last,” in which Burgess Meredith stars as a neebish nerd left the sole survivor of a nuclear explosion; and “The Monsters Are Due on Maple Street,” the classic tale of cold-war paranoia given a sci-fi twist. In total, 36 episodes from the show’s inaugural season will be spread out over five-discs.

The episodes will be presented in their original 1.33.1 aspect ratio and will sport an uncompressed mono soundtrack.

Special features are unknown at the time but if I was a betting man, I’d suspect that most (if not all) of the excellent supplemental material from last decade’s Definitive Edition of the series will be ported over — in addition to new material. Author Neil Gaiman has already confirmed on his Twitter feed a few months back that he had recorded commentary tracks for select episodes.