How to Fix DC Comics

I’ve detailed my problems with DC Comics for the past several weeks. You can read those here, here, and here. Now, since we’ve addressed the problems, let’s look at the solutions. 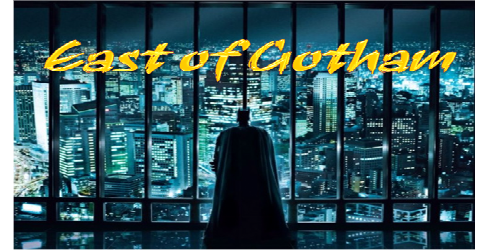 1. Create your own writers. The best way to do that for DC is to take top young talent from indie books with buzz, give them a small project to test the waters, then pair them with top, established talent on bigger books. JMS, James Robinson, Geoff Johns, and Grant Morrison need to help the new big names get established.

2. Where you can’t create, steal. Marvel already has numerous young creators with buzz. They can’t all be on exclusive contracts. Jason Aaron could easily help out the sales of a book like Red Robin or run a new, high selling Suicide Squad and with Scalped at DC, there’s no reason all his creator owned stuff is Marvel. Reaching out to the other young Marvel talent like they did with Paul Cornell and Mark Guggenheim will pay off in spades.

3. Take your franchises seriously. DC and Marvel both have several franchises with satellite books. DC needs a unified creative voice throughout these, established by tentpole titles. The stories should tie in and fit together without being crossovers. As is, it just makes no sense for Batgirl to deal with a giant techno zombie virus not mentioned or noticed by any other DC hero stationed in Gotham, while Flash and Green Lantern don’t even properly hand-waive at Justice League. Make the books within families matter, but first…

4. Make sure your tentpoles are consistently strong. You can’t mess up your tentpole books. Superman and Teen Titans can both support entire franchises, yet both barely sell due to creative malaise. If you make sure the core books have strong concepts and writers with fresh ideas, you can experiment on the smaller books with the greater changes of direction.

5. Learn the difference between drama and melodrama. Every character in DC does not need tragedy in their past. The two most egregious examples of this are Barry Allen and Tim Drake. Allen had drama retroactively inserted into his backstory, while Drake systematically had his life destroyed. While both can be taken seriously, seriousness does not demand tragedy and death. More to the point, good stories with both are often derailed by too much darkness.

6. Publish works with different tones. Often the entire tone of DC’s books feels dark. All of the major titles are about people dying and suffering. When you’re publishing Superman, Flash, and JSA, that simply shouldn’t be the case. I’m not saying to limit what writers can write about, but rather to vary it. After Blackest Night, a story about zombies and gore and the melodrama of seeing dead relatives, to simply push the line with more of the same is a bit much. Worse, the next event being War of the Supermen where a planet explodes, killing everyone, just shouldn’t happen. Why not lighten the tone, let a new direction set in…. let Brightest Day be what it sounds like.

7. Advertise and push characters with sense. Marketing shouldn’t be this difficult. Don’t cancel “Blue Beetle” when he’s getting a huge cartoon push! That’s when you advertise him. Green Arros being in a cartoon regularly? Now’s not the time for his darkest story in years! Think!

8. Re-launch books! – Fans hate new #1s for no reason- I get that…. But the fact remains that huge numbers are intimidating to fans. Want to give a book and new creative team a bump and new readers, then re-launch it!