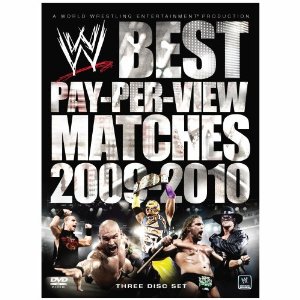 Long ago a friend from my childhood introduced me to professional wrestling. He subscribed to the wrestling magazines and bought the pay-per-views. I was not as passionate a supporter. It wouldn’t be until 1993 when I rediscovered the “sport” that my perceptions changed. It was a Monday night telecast and Marty Jannetty got his revenge on Shawn Michaels. I couldn’t recall either wrestler, but learned quickly through my love affair with stores that rented out wrestling videos. Since that reintroduction I still marvel at the athleticism on display. Wrestling modeled itself as real, while it was all a charade with pre-scripted outcomes and the winners and losers decided well before the competitors stepped inside the squared circle. I accept the illusion that is created within the confines of a wrestling ring. It’s entertainment. Most call it “fake” – hell, I know it’s fake – but I like it anyway. It’s like performance art, but with steel chairs and sledgehammers instead of ballet slippers and tiaras.

Since the ‘90s, WWE has increased its yearly pay-per-view output from four to as many as a dozen events. For a fan that has seen this federation trot out characters like Duke “The Dumpster” Drosse and Aldo Montoya, while its competition was taken over by a New World Order, this was clearly overkill. It used to be that the writers would start by planning WrestleMania and then work backwards. This could allow for more time to build up the big matches for its biggest event. But with the advent of King of the Ring and In Your House in the mid-‘90s, WWE started offering more events. With competition the decision to expand the PPV landscape was warranted, but once it drove its competition to bankruptcy, it’s hard for WWE to justify the need to have twelve pay-per-views a year. The federation has neither the roster nor the creative stories to go around, which is why the same faces appear in the main event while other wrestlers get scratched from the undercard. But with a calendar full of PPVs we get more sports-entertainment highlights; after all, more matches means an increased chance of something memorable occurring. So it is what that that World Wrestling Entertainment has decided to pick the best PPV matches for a “Best Of” compilation. Best Pay-Per-View Matches 2009-2010 is their first attempt, and for WWE fans on a budget, this is the best way to get caught up on all that was good between Backlash 2009 and WrestleMania XXVI.

But how can this be? The title clearly states that it is the best pay-per-view matches from 2009 to 2010, not April 2009 to March 2010. In the realm of sports entertainment, for WWE at least, their year ends with WrestleMania, which typically occurs at the end of March. Probably a smart move on the part of WWE. I mean if the title wasn’t wordy enough, just imagine it as Best Pay-Per-View Matches April 2009-March 2010. The compilation begins with post-WrestleMania highlights before building to the year’s annual “Super Bowl of Wrestling” extravaganza. Now take a look at the card with fifteen matches in all. 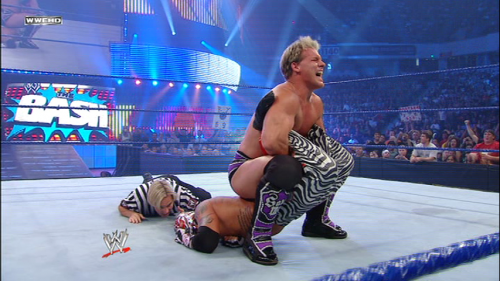 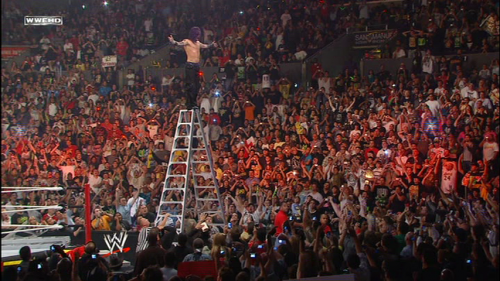 Evident from this match listing it is clear that Best Pay-Per-View Matches 2009-2010 is loaded with plenty of great matches that most die-hard fans have already seen. Though some are worthy of discussion. Of particular note are Chris Jericho vs. Rey Mysterio (one of the best feuds of the year and it escalated in this match from The Bash, which pitted Jericho’s Intercontinental Championship against Mysterio’s mask); Jeff Hardy vs. CM Punk (the two have one of the best singles TLC matches in recent memory); a sixteen-man tag match for the inaugural Bragging Rights PPV – an event where Raw superstars challenge SmackDown! superstars. The match concept would have probably been better suited for the federation’s second-longest running event, the Survivor Series (which took place a month later), however. And then there’s the coup de grace, The Undertaker vs. Shawn Michaels (a rematch from WrestleMania XXVI, though I would have preferred their encounter from a year prior at WrestleMania XXV). Maybe I’m just biased for having seen their WM 25 match in person from the press box. This release is best suited for those who haven’t seen the matches, but if you have seen the matches multiple times already, they remain incredibly entertaining.

On the mediocre side, we have a “6-Pack Challenge” match from Night of Champions 2009, Randy Orton and John Cena main-eventing a PPV for 368th time (give or take) and Christian and Shelton Benjamin’s ladder match, which is all steak but not enough sizzle. Nowhere near as memorable as say the No-DQ match with Edge and Eddie Guerrero from a Sept. 2002 episode of SmackDown! In the “what the heck is this doing here” category is Michelle McCool vs. Mickie James from Royal Rumble 2010. It must be WWE’s cruel sense of humor, because the match only runs about 20 seconds. Surely this isn’t the best women’s match that made it to pay-per-view.

For someone who is a casual fan of wrestling or is new to watching WWE, Best Pay-Per-View Matches 2009-2010 is like “WWE 101″ in a box. It hits on a number of different personalities, feuds and match variations (Last Man Standing, I Quit, Triple Threats, etc.). At an affordable price there’s no sticker-price shocker like there would be if you ordered all 12 PPVs each year. 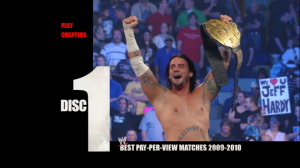 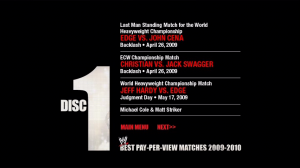 The three-discs are housed in a foldout digipack and includes the complete match listing insert. The menus are very basic and easy to navigate. With three discs and roughly nine hours of content, the feature is divided into roughly 20 chapters – fifteen for the matches and the remainder for Cole and Striker. As far as format, Michael Cole and Matt Striker are our hosts, appearing in short segments – about six times in all. And besides the fifteen matches included there are a few bonus features on the third disc; all are superfluous and unnecessary given the nine hours of matches.

Presented in a 1.78:1 widescreen aspect ratio and enhanced for 16×9 displays, Best Pay-Per-View Matches 2009-2010 looks to be on par with most current WWE releases. Because of the vivid lights and mini explosions for many entrances, noticeable amounts of pixellation and edge enhancement can be seen. Thankfully, however, we get a nice Dolby 5.1 Surround mix, that recreates the atmosphere of the wrestling arena in your living room. Crowd noise and play-by-play are clear and discernable, though the commentary tends to outweigh any chants and jeers. Those who are hearing impaired, unfortunately there are no subtitles or closed captioning.

When a WWE set features wall-to-wall matches the extras are usually sparse. Here it’s no different. The only bonus is short one-minute (typically) interviews with various stars about their participation in select matches. Participants include John Cena (twice), Rey Mysterio (twice), Kofi Kingston, Cody Rhodes & Ted DiBiase, Matt Hardy, Christian and The Miz. The vignettes are done with the wrestlers completely in character and are presented in 1.78:1 anamorphic widescreen. Strange, but you can only view them individually; there is no “play all” option.

Okay, so the title is a little misleading, but there’s no denying that Best Pay-Per-View Matches 2009-2010 is the best bang for your buck for cost-conscientious WWE fans. For fans that already collect all the PPV releases, this set seems worthless. It’s mainly for casual fans that want a quick refresher of the best PPV matches it has in a calendar (April – March) year; or it can attract new fans in the process. The set is on par with other WWE compilations, with a great main feature, good technical presentation and paltry bonus features. Nine hours of wrestling goodness, Best Pay-Per-View Matches 2009-2010 is a good buy if you don’t own more than half of these matches. I’m at the cut-off point having five of the PPVs – seven matches in all – featured.