The first big show about struggling Yuppies is coming to an end as thirtysomething: The Complete Final Season arrives on Sept. 7. The fourth year proved to be the wrap up for what was the hot adult series when it arrived in the late ’80s. Don’t go looking for this boxset at your favorite brick and mortar store. This is an Amazon exclusive. Here’s the press release from Shout! Factory: 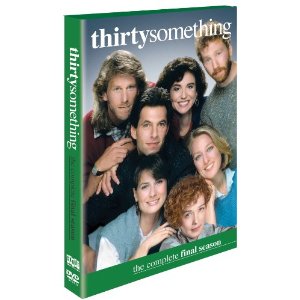 It is hard to imagine that just three complete seasons had elapsed before the highly anticipated The Complete Final Season was near. And what a final chapter it was. On the surface it was business as usual for these thirtysomething young adults, with Melissa struggling with the men in her life, Hope coming to terms with her perfectionism and Nancy dealing with her cancer recovery. But whether it was Elliot and Michael growing apart or a show-stopping tragedy that beset the entire group, thirtysomething: The Complete Final Season certainly marked an unraveling for its main characters and their relationships. But somehow, through it all, their stories stick with us, reminding us that they still live out there somewhere.

Loyal fans can now preorder thirtysomething: The Complete Final Season 6-DVD set, as well as own all previous three complete seasons of thirtysomething DVD sets, today at Amazon.com. As excitement builds for this upcoming DVD release, Amazon.com and Shout! Factory will announce additional activities and events for fans in the forthcoming months.