September 2010 sees the return of the Invaders at Marvel by Alex Ross and Christos Gage. Cool creative team up! And… more nostalgia, more profit. 😉 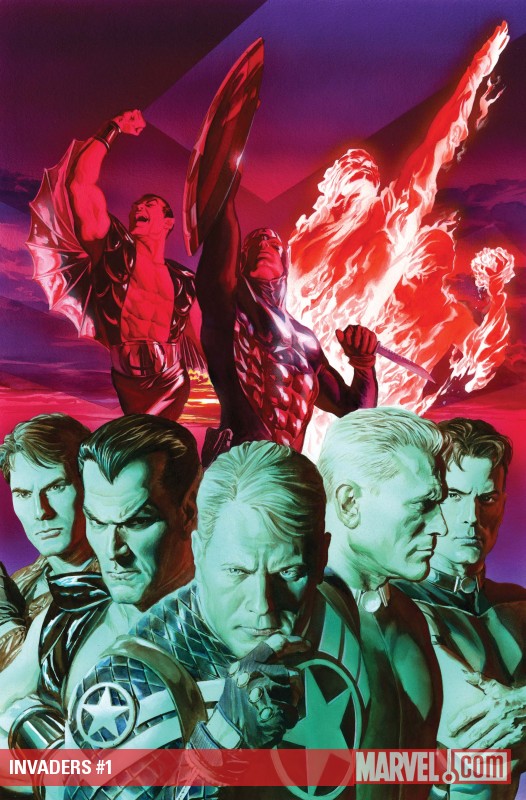 The greatest super heroes of World War II blaze into action—this time in the modern world! For the first time in decades, the original Invaders are alive and active at the same time! But what mysterious force has drawn them all together…and how does it relate to the darkest moment in Invaders history, an event so horrifying it threatens all life on Earth today? Featuring: Captain America! The Sub-Mariner! The original Human Torch and Toro! The Golden Age Vision! Spitfire! Union Jack! And Steve Rogers! Rated T+ …$3.99

This is a 5 issue a mini-series.

Also, other sites have reported this book will also have 3 additional variant covers: