CJB productions has created or corrected the Jim Lee’s new Wonder Woman costume design here. The designer describes himself as so:

Hi, my name is Corey Breen and I am a Senior Pre-Press artist for DC Comics, going on 9 years now. I am also a Freelance Illustrator. I do art and lettering corrections on mostly all of DC’s monthly periodicals.

His bio is a bit longer and can be accessed through the above link. 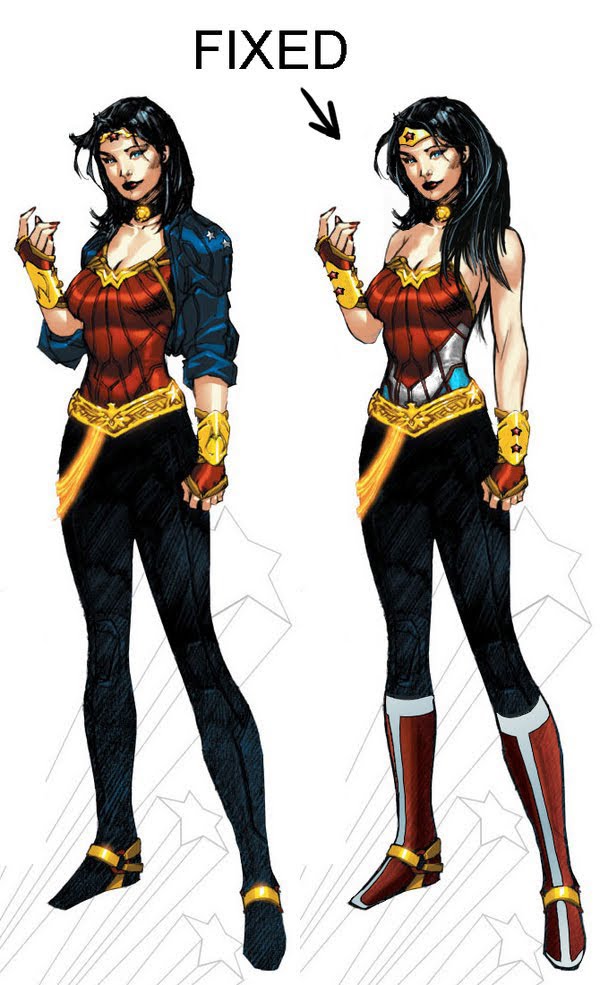 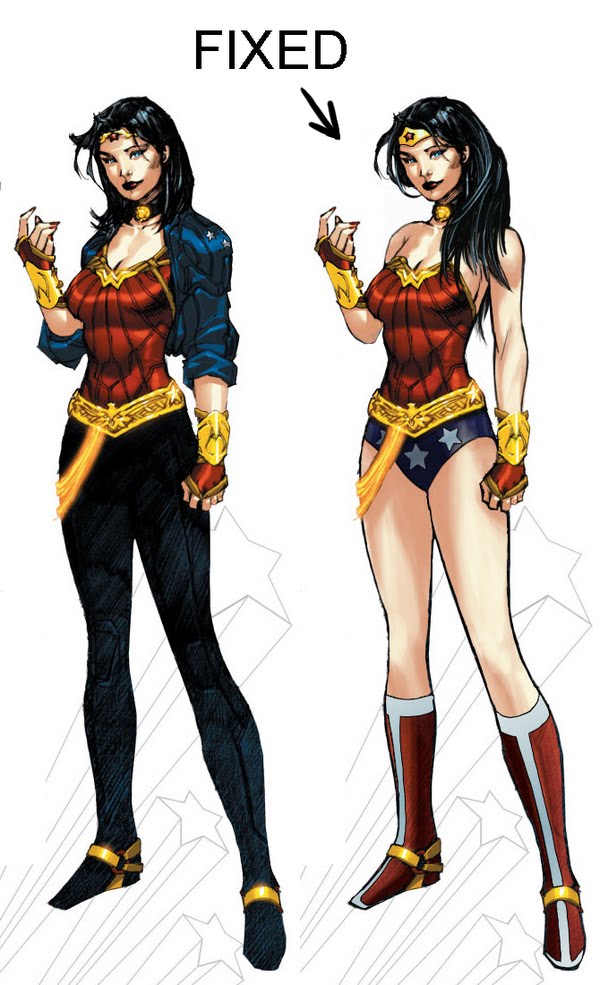 So, what do YOU think?