There is an interesting take below from Political Dissent on Red Robin #15 (a book which I quite liked).

Here’s what was shared at the Political Dissent site on this book:

I’ve got a few concerns with the hospital spokesman’s statement: 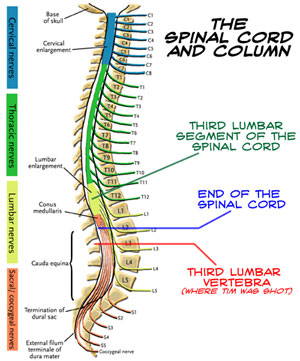 Second, if Tim’s spinal cord (or spinal nerves) were just nicked along the left side, why is he wearing braces on both of his legs?

(Third, and this is truly a nit-pick: it should be third lumbar vertebra. Vertebrae is plural.)