Marvel Releases Teaser For Amazing Spider-Man's One Moment In Time….Again. 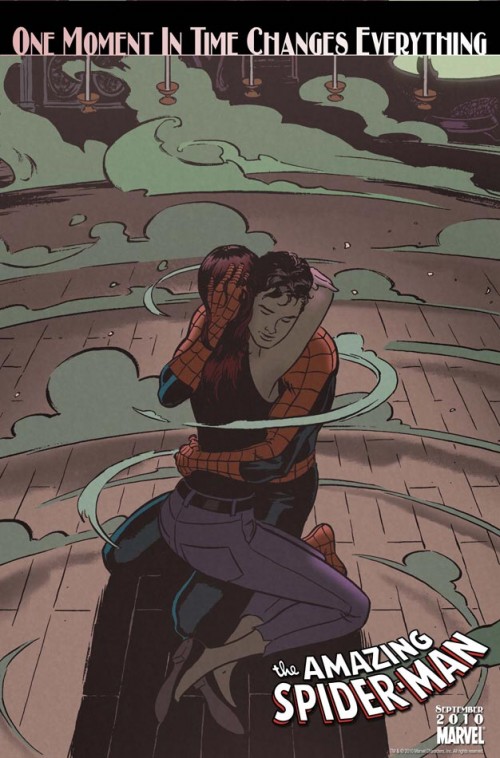 I look at that and I think of magic, and it might be the random mist, or it could be the magic looking cauldron in the back. Why is Spider-Man doing yet another story with magic? Which Marvel wizard is to blame this time? Was it Dr. Strange? Did Dr. Strange mindwipe the world?

Is a worldwide “You don’t remember Peter Parker is Spider-Man” mindwipe the most recent breaking point in the Peter and MJ civil union that they apparently had instead of a marriage? And who wants to bet that Mary Jane is the one who made the choice for everyone to forget but her and that’s why she and Peter broke up, because she selfishly did something for him that goes against his ridiculous responsibility?

It could be anything, who knows? About all we can guess going in is that, like the first and second parts, the third and fourth parts will be one thing.