Marvel released preview pages for the new issue of Amazing Spider-Man, the third part of One Moment in Time. And then just like a moth to a flame, I had to click it, I had to see it, I had to know just how bad it was. Who knew that they were going to be explaining Aunt May not dieing like this? Who knew that someone could actually pitch this idea to anybody and they actually agree? 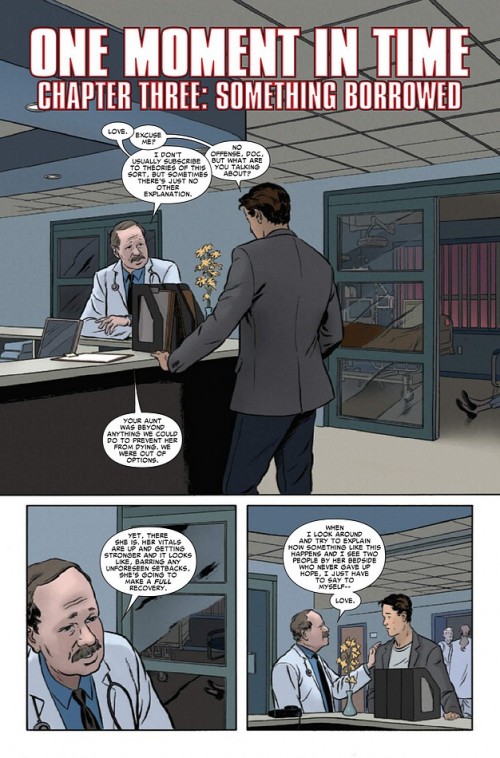 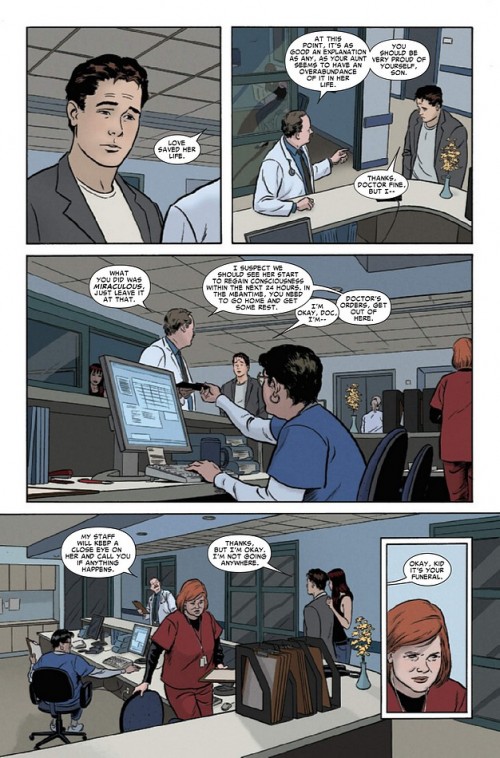 I mean, it was one thing when the power of love saved Kyle Rayner during Blackest Night, a Star Sapphire did that. Someone whose power is, quite literally, love. But this is a DOCTOR. This man is supposed to be an educated professional who went through umpteen years of schooling as well as everything else to earn his spot working in this hospital and being the doc that was taking care of May. He’s not going to give Peter a spiel about how love saved his aunt, even if he can’t explain it. That’s just stupid.

She was shot in the chest, and her heart was giving out. She was an old woman who was SHOT IN THE CHEST, and it wasn’t even like a random mugger, no it was a damn SNIPER RIFLE that she was shot with. I have the issues! I remember it clearly! And now I’m being told that the power of love is the cure for a sniper rifle wound to the chest.

Somebody go tell the army.

And what the hell is with Mephisto over there as the fat nurse? How do I know it’s Mephisto? Because she’s wearing red and smiling!

Power of love, for the love of…..can someone read these books before they hit the stands to make sure that they don’t insult the intelligence of the readers?