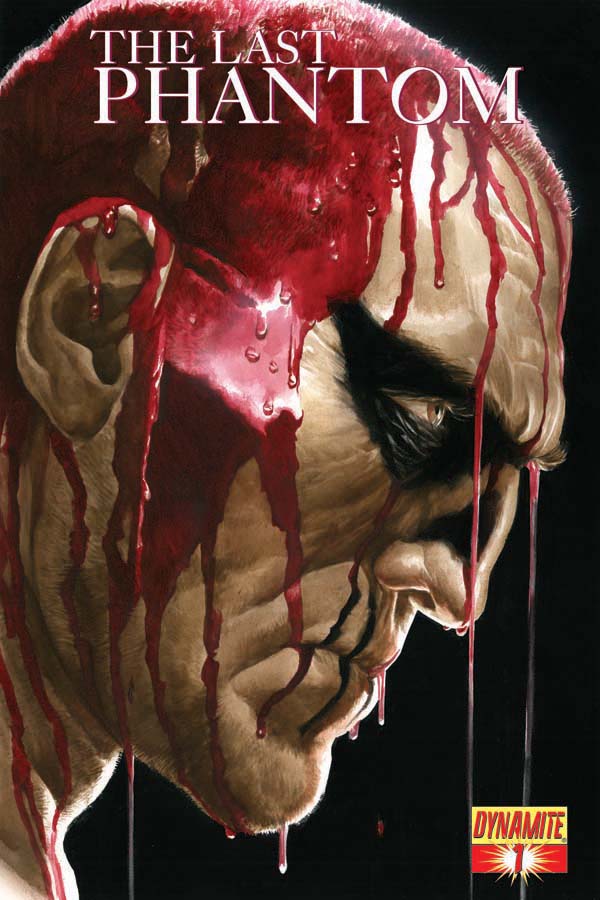 I’ve been a follower of the Phantom ever since the 1996 film that starred Billy Zane. I read a great many of the comics Moonstone released in the past decade. This competing series by Dynamite did not sit well with me. I don’t know that the Phantom has been well served by those in charge of Lee Falk’s legacy. Not only are there two competing comics but they recently released a televised abomination on the SyFy Channel that completely changed the character’s costume and many of the classic elements. Why do you bother taking an iconic concept and making wholesale changes? I figured that I would pick up the new comic and let some vitriol out for my first comic review back at the Nexus.

A funny thing happened on my way to write a bad review. The Last Phantom #1 is an extremely well executed debut. It covers a great deal of ground for a modern comic and is a faithful adaptation of  the classic incarnation. Beatty’s script introduces all the key characters, and sets in motion the tragic events that unleash the Phantom by issues end!  There are many nods to fans that have been with the character for a while, but for those new to the story there’s a very organic introduction to the mythos. 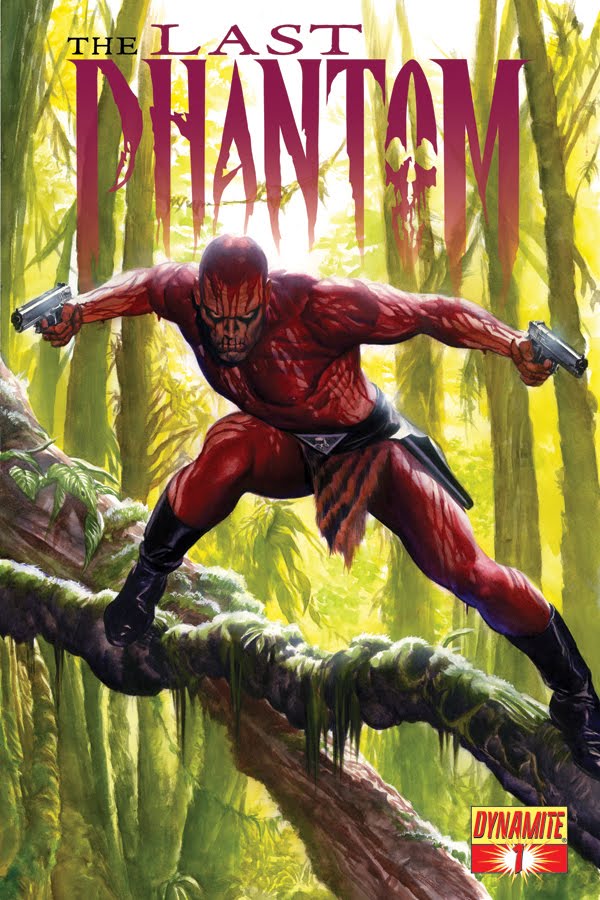 Lets run down the classic elements of the Phantom:

Remember when Frank Miller decided that the Spirit should wear black?  Changing classic costumes is downright stupid, I don’t care if you are legend or not.  Alex Ross took on the task of “redesigning” the Phantom with a modern flourish.  Obviously a character running around the jungle in skintight purple makes no sense in the real world. A big contention I have is that I don’t want too much realism intruding on the four-color world. The Phantom wears purple and it’s so tight you should be able to see his **** if you look hard enough.  It’s been a singular, instantly defining aspect of the Phantom for 75 years.  It’s this look that makes him special and not some Punisher wanna be!

The conceit of purple in the jungle is left behind and I’m okay with that.  The main reason is the change makes the Phantom a more natural jungle hunter and the alteration unfolds because of the story, not as a reason to tell a story. The purple outfit is replaced by a blood-liquid covering that the lead “cooks” up following a plane crash. It makes sense as a story element, looks pretty scary, and appears quite similar to the classic costume. That’s the big thing, from afar, it still looks like the Phantom.  Yet when Ross’s version gets all up on you, you’re more likely to **** yourself in terror rather than pee your pants with laughter.  The Phantom is known as the Ghost That Walks. I don’t know if he looks like a ghost, but definitely some kind of a demon. The reason Ross’s redesign of the Phantom works is that it’s an element that makes sense from a storytelling aspect.  It’s not done because a “legend” thought his spin would instantly fix what’s not broken.  Change can work in comics, even though it’s not often appreciated, and this is an off the charts success.

There is so much terrible comic art being released from all of the companies lately. I am floored week after week with just how unprofessional the artwork is in many books that even Marvel and DC are willing to publish. Eduardo Ferigato is an artist that I was not familiar with. I can only hope that he maintains the level of quality this first issue holds. Ferigato uses a variety of layouts to his panels and maintains his standard from the smallest panels up to full page splashes. There is a lot of setup in the comic, plenty of pages of characters talking, and very little action, but Ferigato makes it all dynamic. Vinicius Andrade does a stellar job of popping Ferigato’s artwork from the page, especially when it comes to the bloody-appearance of the Phantom in “costume” for the first time. This is comic artwork that makes a good story reach the next level. Bravo, gentlemen.

I expected a train wreck of epic degree! What I got was a fine debut that builds anticipation for issue #2.