The following news items were posted on the August 24th edition of the ROH Newswire:

This week’s ROH Video Wire is now available for viewing and includes comments from Tyler Black on his ROH departure and his matches this coming weekend with Eddie Edwards and Davey Richards, Richards and Edwards on Black, the Kings of Wrestling on Ultimate Endurance, and Kevin Steen on his Pick 6 matches against Richards and Roderick Strong. See below: 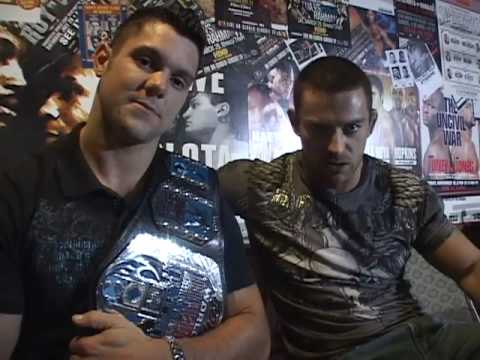 Fan voting for this Saturday’s Ultimate Endurance match has now closed, and the stipulations are set. The first fall will be contested under Four Corner Survival Rules (two wrestlers are legal and are allowed to tag anyone into the match). The second, under Texas Tornado Rules (all wrestlers involved are allowed to be in the ring at the same time, and thus all wrestlers are vulnerable to having a fall scored against them). The third and final fall will be a Tag Team Scramble (when a wrestler goes out of the ring either of their own volition or by being forced out, a partner can come in as a replacement without being tagged in). Click here to read the press release. The block finals, to be contested on Friday night, are as follows:

Block A:: The Briscoe Brothers vs. Necro Butcher & Erick Stevens

Block B:: Colt Cabana & El Generico vs. The All-Night Express

Tyler Black has changed his Twitter name to WWEBlack. Black will address his ROH future on the next HDNet episode. If you can’t wait till next week to see where this storyline is going, Pulse Glazer has got you covered.