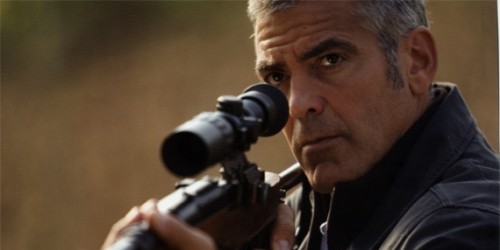 Everybody be cool. You…be cool.

Finally, the END of the summer movie season. No more writing about so-called summer blockbuster or bombs. And if this top 10 is any indication, filmgoers were tired from all the blockbusters that were calling to their pocketbooks anyway. This summer was particularly bad for movies trying to capture lightning in a bottle once again. Robin Hood was no Gladiator, and Prince of Persia was no Pirates of the Caribbean. However, five movies this summer have managed to gross more than $600 million each worldwide, and that includes Toy Story 3‘s impressive one billion total. Now we enter that murky period for movies getting a theatrical release. It happens in January and February and it also happens in September, where studios release films that aren’t aiming for blockbuster status or have to compete against awards hopefuls.

For the weekend, the top 10 films took in less than $75 million. Around this time last year, audiences were treated to new releases like All About Steve, Gamer and Extract. Two years ago the only new release was Bangkok Dangerous. And ten years ago, Highlander: Endgame in its first weekend of release couldn’t even beat out Wesley Snipes’ The Art of War to claim fourth place. This year, three different films were targeting three very different audiences, and last week’s big releases Takers and The Last Exorcism weren’t going down without a fight.

Anton Corbin’s The American with George Clooney was a bit of a surprise to finish atop the box office chart. It had a slow start when it was released on Wednesday, but George Clooney has a lot of pull, having gone from TV star (ER) to leading man (Out of Sight) and has built quite an impressive filmography along the way – working with Steven Soderbergh and the Coen Brothers a number of times, plus Robert Rodriguez and Jason Reitman among others. While I may have enjoyed it more than Sawitz did, it plays as a movie that works better in a small (home) setting than with a large audience. Watching it with a bunch of geriatrics who were despondent when it was over only reinforces this notion.

The American‘s $13 million opening is $1.5 million above its closest competitor, but it ensures that there won’t be a photo finish to see who finishes first. While we initially pegged The Last Exorcism as the winner last week, it was actually Takers once the actual numbers came in. As for what film gets the silver medal this weekend, well, that’s more tricky. Takers and Machete are within a few $100,000 of each other. If Takers finishes at $11.5 or $11.3 million that is still a good carryover for a PG-13 crime thriller that was bumped from its release date until it finally got one on August 27th.

Machete and its $11 million opening neither makes it a hit nor a flop. Robert Rodriguez’s $26 million film was acquired by 20th Century Fox with a small pittance ($5 million). However it was marketed heavily; I can’t begin to count how many different TV spots I saw during college football games on Saturday. Advertising hard in the Latino community, you would think the supporting cast would have given it a boost, but apparently a heist thriller in its second week with Tip ‘T.I’. Harris and Chris Brown is better than the hotness that Jessica Alba and Michelle Rodriguez can bring. Machete opened strong on Friday, but the buzz died on Saturday. It will assuredly make a profit, once it foreign territories and home (Rodriguez has already mentioned a director’s cut will be released).

As the only romantic comedy in the top ten, Going the Distance could only muster $6.9 million from a 3,030 screen bow. Originally it was supposed to open a week prior, but got bumped a week. Not a good number for Nanette Burstein’s (American Teen) comedy that feels like a long-distance relationship but in a Kevin Smith state of mind. Audiences expecting a sweet, PG-13 style romantic comedy had a rude awakening to racy dialogue highlighted by supporting cast members like Charlie Day (It’s Always Sunny in Philadelphia) and Jason Sudeikis. It probably should have finished above The Last Exorcism especially since it had a Cinemascore grade of D. That would explain its 62.5% drop in attendance. I’m sure that made someone at Lionsgate’s head spin.

The Expendables is hangin’ tough (no not in the New Kids on the Block sense) at number 6 with $6.6 million. Worldwide the throwback action movie has made $182 million! Sly Stallone’s is just below the $100 million barrier in North America, but The Other Guys past the mark sometime on Sunday as it finished with $5.4 million in its fifth week of release. Julia Roberts keeps trying on pants in Eat Pray Love, a chick flick finished 7th and continues to drop.

If your someone who has yet to see Christopher Nolan’s Inception, because your schedule has just been packed the last eight weeks, well it continues to play well in theaters. On 1704 screens, it had the fifth best per-screen average of all the films in the top 10. Sitting in ninth position it made $4.5 million for the weekend and has accumulated $695 million worldwide.

Warts and all, Nanny McPhee Returns rounds out the top 10 with $3.6 million.

Turning our attention to the arthouse scene, Get Low remains the biggest film in release. It’s playing on 560 screens and made another $1.25 million in its sixth week. The only new film released is A Woman, A Gun and a Noodle Shop. It debuted on five screens and earned approx. $27,700. And if you can find it, I recommend both Mesrine: Killer Instinct and Mesrine: Public Enemy Number One. Vincent Cassel is just awesome in the role of France’s notorious gangster, Jacques Mesrine.