Included in the ongoing scheme of “Superior” are more branches of the superhero family tree than mere wish fulfillment narratives, though the book will carry a more classic tone than some of Millar’s other creator-owned work. “It’s got great villains in it as well. It’s a real romp, and I think it’ll be the sort of thing that people will be a bit more surprised to see because it’s not my usual course of Shithead and Fuck Wit and the normal stuff of mine you’d see in ‘Wanted’ or even ‘Kick-Ass.’ There’s not little girls dropping the C-Bomb in it. It’s as nice as I get, but also features maybe the best action I think I’ve managed. Super-powers on this scale are great to play with and something I haven’t been able to do since ‘Red Son.’ Villains tossing trains through skyscrapers and so on isn’t something you can do with Captain America, but it works very well within the parameters of this book, and I’m having a lot of fun with it.”

Working with artist Yu back-to-back (the pair just finished a stint on Marvel’s “Ultimate Avengers 2”) afforded Millar the close collaboration he needed to make this series a bit more personal. “‘Ultimate Avengers: Crime and Punishment’ gave me an even greater appetite to work with [Yu],” the writer said. “Leinil and I have been talking about working together since I was writing ‘The Authority.’ Over e-mail nine years ago, I was like ‘I want to work with you’ and he said, ‘I want to work with you too, but I’m off to WildStorm now.’ So I’ve waited years for him to come back, and he finally came back to Marvel two years ago to do various projects. Now I’ve got my hands on him and I’m not letting go. I think he, McNiven and Hitch, along with Johnny Romita and Frank Quitely, are the five best guys in the industry right now, and to be working with most of them is phenomenal luck for me.”

So far, the collaboration has been a fruitful partnership, Millar told CBR, even when the writer brings a bit too much to the table. “We go back and forth a lot by e-mail. Surprisingly, I’m very control freaky, always going, ‘No no, the costume’s still not right’ and sending notes back and forth, and that’s the thing that surprises me so much as we work – that Leinil is so patient. He’s probably the sweetest collaborator I’ve ever worked with, and he’s just nailed it now. We’ve sent so much stuff back and forth that we’ll probably put in the collection, eventually, with all these costume designs and possibilities. He’s just knocked it out of the park, now. I think he knows exactly what to expect from me and me from him. I’ve never been as happy with an artist as I am with the pages he’s sending me. And he’s so fast. He turns an issue around in two weeks. It’s a nice a change of pace for me,” the writer laughed. 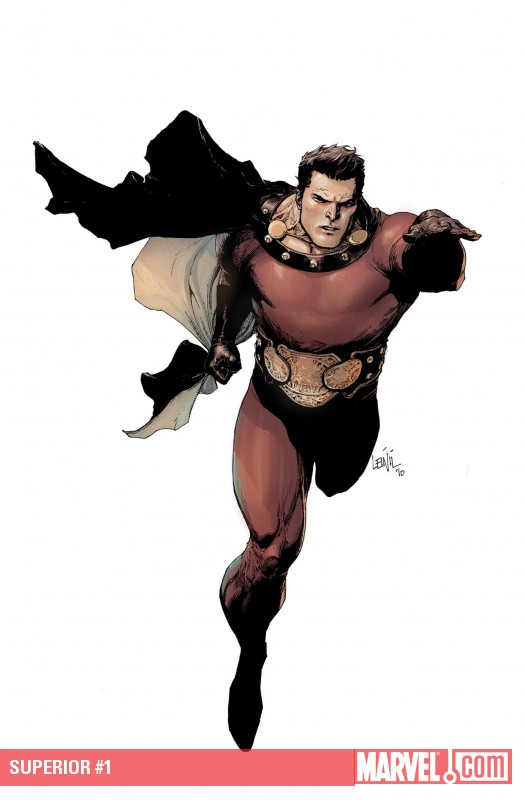