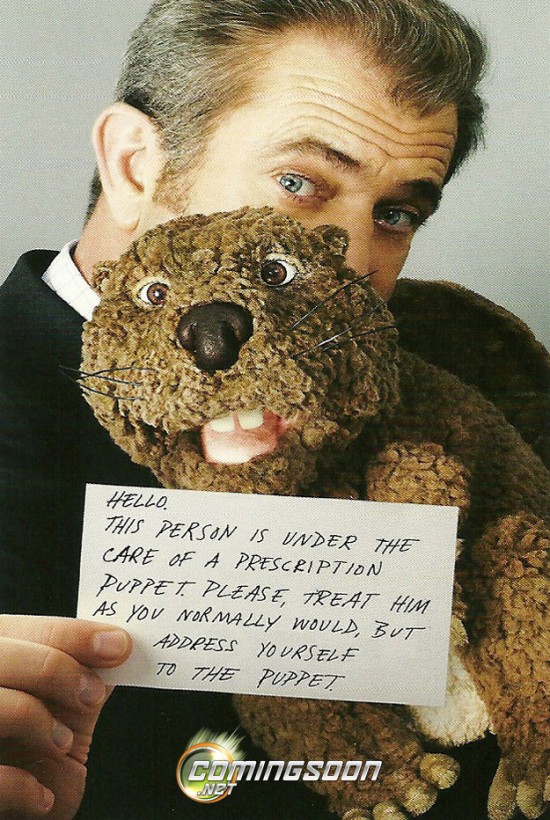 While at the American Film Market, Coming Soon snapped a picture of a poster for The Beaver, a Jodie Foster directed film staring Mel Gibson as a despondent man who only communicates through a beaver puppet he discovers in his garage.

With a script that received rave remarks and ended up topping 2008’s Black List of unproduced scripts, it looked like the film might be a career comeback for Mel Gibson before violent voicemails were leaked from the star to his girlfriend. With the fallout from that controversy, Mel Gibson has become seemingly toxic – loosing a cameo in The Hangover 2 and being unable to develop a planned viking film staring Leonardo DiCaprio.

Summit Entertainment is currently quiet on when or how the film will be released. A poster, though, is a promising clue that the film is still on Summit’s radar and could see some form of release next year.