Disc Deals and Steals of the Week: Scott Pilgrim vs. the World, Grown Ups, and More!!! 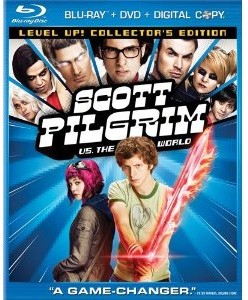 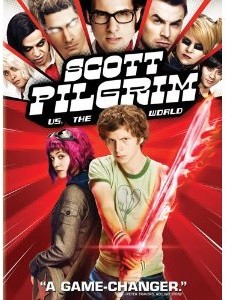 The last few weeks, overgrown men have been allowed to relive their childhood with a number of new titles. You had the anniversary releases of Back to the Future and The Goonies. Of the two, only Future felt truly memorable. Universal went the extra mile to improve the picture and sound quality in addition to give it more extras. For Goonies, Warner Bros. gave it new packaging, but didn’t add any new supplemental material to the disc itself. Instead, we get a board game, collectible storyboard prints and a 1985 souvenir magazine. If only they could have included the TV cut so that there could be seamless branching between the two versions. That way we could have seen the deleted “Octopus” scene in better quality.

Besides these childhood classics from the ’80s, it was okay for men to be a Toys ‘R Us kid again with the release of Toy Story 3. No longer do they need to be afraid about the G.I. Joe and Teenage Mutant Ninja Turtles action figures they still keep hidden away inside a nook in the attic or a cranny in the closet.

However, a new title this week will usher with it memories when men spent less time with toys and more time reading comics and playing video games. Scott Pilgrim vs. the World was a summer release that was an unfortunate box office casualty. The film is beloved by most of the Inside Pulse Movies staff and for good reason. It is pure, unadulterated fun. For Edgar Wright’s third feature as a director, after Shaun of the Dead and Hot Fuzz, he embraced both old and new video game styles. When the Universal logo opens in 8-Bit fashion, you could almost feel a tear roll down the eye of anyone who ever played Nintendo.

Scott Pilgrim vs. the World is a cornucopia of Nerddom or a great mix tape of pop culture oddities. Wright wrote Nintendo so that he could use a snippet from The Legend of Zelda soundtrack, because he considers it “the nursery rhyme of this generation.” And nothing says nighty-nighty like the announcer from Street Fighter Alpha 3 saying “K.O.!” after Scott Pilgrim (Michael Cera) defeats the first of seven evil ex-boyfriends of one Ramona Flowers (Mary Elizabeth Winstead), a girl that he fancies. With Anna Kendrick playing Scott’s sister and Kieran Culkin as Scott’s gay roomate Wallace Wells, not to mention the evil exes themselves, this cast is stacked with talent. The fact that Scott has to face the men behind Superman, Captain America and the most dastardly of them all, Max Fischer, tells you something right there. If only he could have used a Game Genie, or better yet a Power Glove (too Wizard for you?) to outfit himself with extra power-ups. Then he could have saved himself from a world of hurt. However, even without extra help, Scott Pilgrim is a film experience where you don’t want to take a warp zone to the final showdown.

If you are familiar with Edgar Wright’s other DVD and BD releases, then you know the director loves to pack them with extras. But if you want everything the Blu-ray is a must. The DVD only features deleted and alternate scenes with optional commentary from Edgar Wright, “Scott Pilgrim vs. The Bloopers” (outtakes), four commentary tracks, a trivia track, Edgar Wright’s Photo Blog and other photo galleries.

On second thought, that seems like a damn good DVD release.

But here are some notable BD Extras that you’ll miss: “Insider Documentaries,” “Alternative Footage” (Different Edits Made to the Film), Featurettes about pre-production, the music, visual effects, and sound work of Scott Pilgrim vs. the World, Promotions (Trailers and TV Spots), Edgar Wright’s behind-the-scenes production blog, plus the Adult Swim presentation “Scott Pilgrim vs. The Animation,” and the four-minute TV safe version of Scott Pilgrim vs. the World. And there’s also Universal’s U-CONTROL and BD-Live interactive features (for a limited time, if you purchase the Blu-ray Combo Pack you’ll have instant access to stream either Tremors or Pitch Black).

Tremors and Pitch Black sound like odd Universal titles to stream, but I love me some grabboid action! 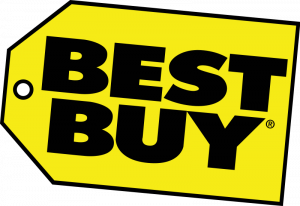 $19.99 BDs: Predators, Get Him to the Greek, Robin Hood, Alice in Wonderland, Tinkerbell and the Great Fairy Rescue, The Last of the Mohicans, Sex and the City 2

$3.49 DVDs: Rush Hour 3, A Time to Kill, Risky Business, Friday After Next, The Pelican Brief

*Save $10 on Select Disney Blu-ray/DVD Combo Packs with the Purchase of Toy Story 3.

$8.99 BDs: National Security, The Grudge, The Devil’s Own, The Quick and the Dead, Vertical Limit, No Way Back