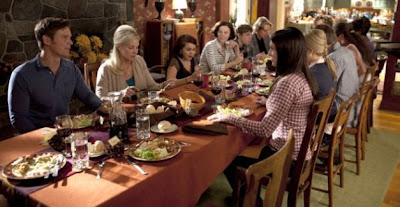 Since I was so disappointed in this year’s How I Met Your Mother Thanksgiving episode, I’m glad that Parenthood managed to get it right. The whole family came together for the holiday and as you can imagine, tensions were high.
It seemed like almost everyone was fighting. Things are still frosty between Crosby and Joel because of the school play. Camille is still mad at Zeek, and who knows if she’ll ever forgive him. Drew was struggling with the fact that his mom brought a date to dinner, and Adam was furious that her date was their boss, who’d just told him he sold the company. Plus Jasmine brought her mom, and who wouldn’t be overwhelmed by a holiday with all those Bravermans?

Poor Crosby, he certainly had a lot to prove at that dinner. He didn’t exactly get off on the right foot with Jasmine’s mom Rene, and neither did his family. He begged his dad to say a prayer before the meal (the looks on the faces of the rest of the family when that went down were priceless) and tried to pay him for the honor of carving the turkey. Things seemed to go well for Crosby though, and was practically the only Braverman who could say that.
Sarah really  had a tough holiday. I know that Lauren Graham can be kind of polarizing and personally I love her, but even if I didn’t I would have said she was great this episode. She was hilarious, but also nailed the more emotional parts with Drew and Gordon. Gordon didn’t clue her in on the fact that he’d just sold the company, which was bad for so many reasons. The first was that the tension between him and Adam was palpable. There was also the fact that he attended her family’s Thanksgiving dinner even though he’s about to go travel and figure out his life. What is he, 20? And how did he expect her to just come meet him “on the road”? I was hoping he wouldn’t turn out to be a jerk, but I kind of knew he’d screw it up all along. I really felt for her when she told him she couldn’t come travel with him, and I was also proud of her for responded so quickly. She didn’t consider leaving her kids for even a second. 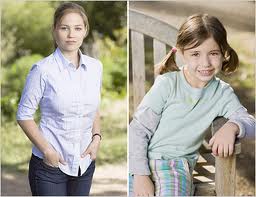 I felt for Julia this week. Her pie obsession might have seemed crazy, but I think it had a lot more to do with wanting to prove that she’s a good mom than actually making a good pie. She works all week, Joel seems to do most of the cooking. I get that something like making Thanksgiving pies and having her cell phone turned off and having a wonderful weekend would be a bigger deal to Julia than it would be to the other moms. Julia also had to deal with the fact that Sydney was acting like a brat in front of the whole family. Every time she saw Max with something, she wanted it too. Julia was in an awkward position because she believes her mom thinks she spoils Sydney, but no one wants to argue with their kids in front of other people. The really touching moment came when Julia explained to her mom that after working all day she just wants things to be happy and good when she comes home, and Camille told Julia that she’s a good mom.
Adam, of course, spent the entire day trying to hold his temper around Gordon. That, of course, didn’t work and the two guys ended up channeling their anger by being super-competitive in the annual football game. Finally, Adam exploded with the news about the sold company. Kristina also had an interesting holiday, though, since she went to pick up Haddie after her volunteer gig and saw her making out with Alex. They really need to reveal how old Alex is supposed to be, because that’s a big factor in whether I’m on board with this relationship or not. Anything above 19 is bad news bears. 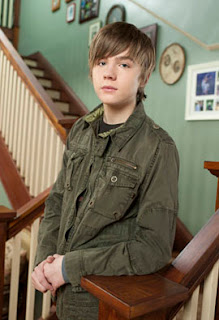 For me, the heart of the episode really centered around Amber, Drew and their grandparents. Amber bonded in the kitchen with Camille, and once again proved what an adorable character she is by thanking Camille for everything she does for the family. I especially liked seeing Drew and Zeek connect because we haven’t gotten to see much of Drew since the series began, but we’ve always known that he’s a pretty sensitive kid. It made sense that he’d miss his dad on the holiday, especially since his mom had brought a new guy to dinner. For me, the two most touching scenes of the whole episode were when Zeek told Drew that even though he’s not Drew’s dad’s biggest fan he understood that Drew loved him and missed him, and when Zeek called up Drew’s dad and told him to call his kid. The subsequent phone call obviously meant a lot to Drew.
I really, really enjoyed this episode. To me, it was exactly what a Very Special Holiday episode should be. Thanksgiving is a great excuse for the huge family to all be together for a long period of time, and the tension that arose from that really moved the plot along. Plus, it was funny. The four Braverman kids all joking about who’s the favorite? Awesome. The “Turkey Bowl”? Fantastic. I loved Kristina’s sister-in-law to sister-in-law advice to Jasmine that “they’re committed and crazy.” Sarah’s line of “Yes, I’m running for mayor of Thanksgiving” was my favorite of the night. (Or was it President? I can’t quite remember and lost my notes. Sad face.) Finally, the episode ending with all four kids cleaning up the kitchen while dancing both horribly and hilariously was the perfect way to end the episode. I don’t know about you, but I could totally marry into that family. (To Crosby, though. Not Adam.) What did you think of the show?