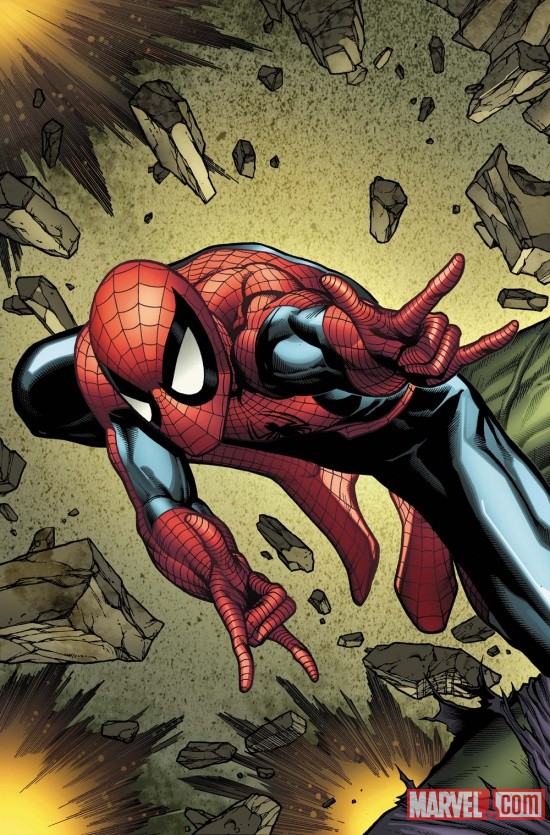 This April kicks off Identity Wars, a three-part saga beginning in AMAZING SPIDER-MAN ANNUAL #38, featuring Spidey in a world he’s always wished for!

Writer John Layman and new Marvel artist Lee Garbett tell a tale of the web-slinger’s sojourn into another reality where “The Amazing-Spider” reigns as everybody’s supreme hero. Oh, and did we mention that the Hulk and Deadpool also guest-star? In fact, the story continues in their own Annuals coming in May and June!

“Each annual features an alternate reality analogue version of the series’ star in many ways the ‘opposite’ of the [characters] we are familiar [with],” explains Layman. “It’s a study of contrasts of what actually makes Spider-Man, and Deadpool, and the Hulk, but [also] an excuse to have a lot fun and explore a very skewed corner of the Marvel Universe.

“AMAZING SPIDER-MAN ANNUAL #38 is basically a matter of both Bruce Banner and Peter Parker being at the wrong place at the wrong time, when a caper involving Deadpool goes awry, and all three end up stuck in a parallel universe where all three of their respective lives have been turned upside down. I worked out a story that is both a three-part crossover involving each, but each respective annual is designed to be self-contained enough that it can be enjoyed it on its own.”

AMAZING SPIDER-MAN ANNUAL also features the Marvel debut of artist Lee Garbett, a creator about whom Layman says nothing but good. 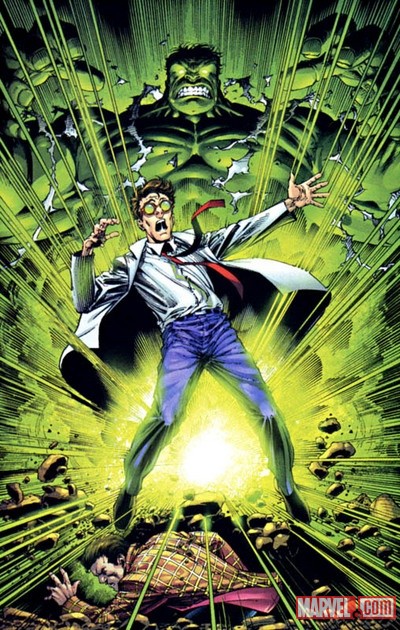 “I’ve never worked with Lee before, but the pages of seen from him on the Spider-Man [story] are just stunning,” the writer enthuses. “I’m thrilled to be partnered with him, and I can’t wait to see more from him.”

For his part, Garbett’s not only stoked to be working with Layman, but also with the wondrous wall-crawler himself.

“Spider-Man has always been my favorite character so it was an amazing thrill to get to draw him on my first project with Marvel,” he says.” I was grinning every time I drew him in a panel. 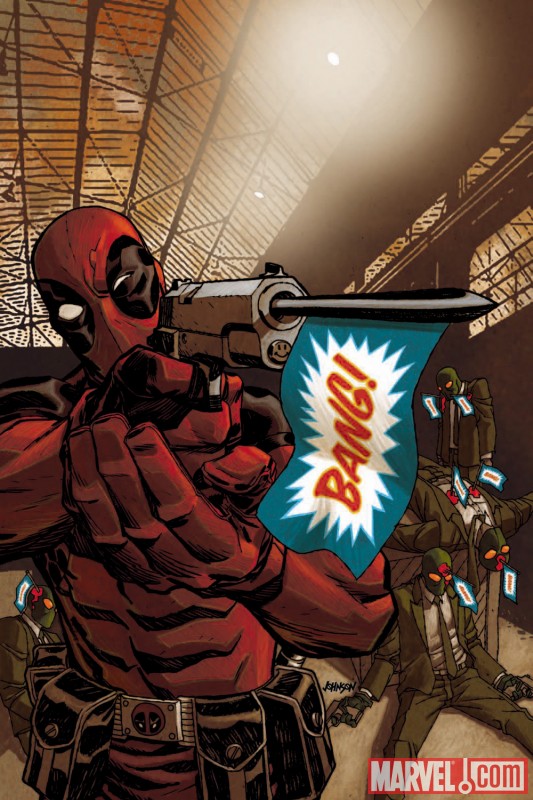 I’ve been a fan for so long I feel I know Peter Parker, know his body language in and out the costume. The biggest influence on my work throughout my life has been both the Romitas so I feel very comfortable and happy on Spider-Man. Plus I love the humor and the optimism of Pete. He’s my hero.

“There’s a lot of action in the book and the story has allowed me the chance to draw characters I never thought possible, like gorgeous Gwen Stacy, old school Doc Ock and Rhino. It’s really a dream come true, especially as I’m such a John Romita nut.”

I actually am looking forward to this a lot. I used to love the three or four part crossovers through the annuals that Marvel used to do. Kings of Pain, Shattershot, Return of the Defenders, The Hero Killers, Assault on Armor City, and The Korvac Quest were some fun stories when I was a kid. This definitely seems like it will be in that vein.

I just hope they add a lot of cool back up stories! Those were often the best part of annuals. Annuals were always hit or miss (typically miss), but I still liked them quite a bit, and am glad to see them return.