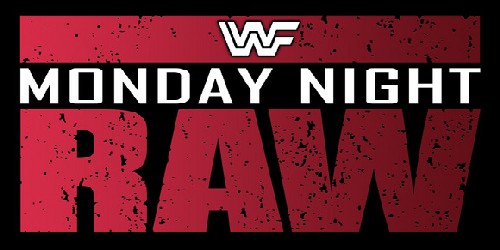 -Sunny is playing more pool and warns us that Raw is a show that is graphic in nature.

-Vince McMahon narrates highlights of last nightâ€™s Royal Rumble pay-per-view. We learn that Shawn Michaels won the Royal Rumble, Goldust walked away with the Intercontinental title, and that Bret Hart retained his title against the Undertaker.

-McMahon and Jerry â€œthe Kingâ€ Lawler are in the booth and they are live from Stockton, California.

Cornette rants on the house mic for a little bit before Vader comes out. The crowd immediately takes to Vader and cheers him on as he demolishes Savio in the corner. A blind charge eats buckle and Savio thrust kicks Vader over the top rope. Vader land on his feet, though, and pulls Savio out of the ring and drops his throat across the guardrail. Back in, Vader avalanches Savio and a Vader Bomb gets the pin at 2:46. A good Raw debut for Vader. Rating: *

-After the match, Vader gives Savio another Vader Bomb and when the referee tells him to leave the ring, Vader gives him two headbutts and tosses him to the floor. Cornette pleads with Vader to stop, but Vader wonâ€™t listen and he powerbombs the next referee that gets in his face. WWF President Gorilla Monsoon gets in Vaderâ€™s grill and tells the ring announcer that Vader has been suspended indefinitely. Vader doesnâ€™t take kindly to that, so Monsoon chops away, but Vader avalanches him and gives him an elbow drop and a Vader Bomb. Vader wants to inflict more damage, but Shawn Michaels and Razor Ramon hit the ring and Vader flees. I always wonder why the faces wait for maximum damage to be inflicted before they decide to intervene. This was the first time a prominent WWF official was attacked on Monday Night Raw.

-Monsoonâ€™s stretcher job, which took place during the commercial break, is shown.

-Vader tells McMahon and Lawler that heâ€™s declaring war on every wrestler and official in the WWF. He destroys trash cans and chairs for added effect.

Helmsley spent 1996 bringing a different woman to the ring with him each show. Ted DiBiase and the 1-2-3 Kid appear in the split screen and they call Ramon a cry baby and have a big diaper and bottle for added effect. Some of that cartoonish stuff just wonâ€™t die. Ramon destroys Helmsley early on, but misses a charge and goes over the top rope as we head to a commercial break.

When we return Helmsley nails Ramon with a baseball slide and crotches him on the top rope when Ramon tries to reverse a suplex. Helmsley pounds away and hits a clothesline for two. Helmsley beats away some more, which gets boring fast. As Helmsley distracts the referee, the Kid comes to the ring and shoves a big baby bottle in Ramonâ€™s mouth. Ramon chases the Kid around the ring and gets counted out at 5:31 shown. After the match, Ramon tries to get his heat back by attempting a Razorâ€™s Edge on Hemsley, but Helmsley slips out of his hands and flees. This just wasnâ€™t very interesting. Rating: *

-In the last episode of Billionaire Tedâ€™s â€œWrasslinâ€™ Warroomâ€ Ted says he wants to come up with one original idea that they donâ€™t have to steal from the WWF. After a ripoff of the Jeopardy theme song plays, â€œSchemeâ€ Gene tells people to call his hotline and heâ€™ll reveal his idea. McMahon is forced to mention that these segments are purely for comedy, which makes me wonder if Turner threatened him with a lawsuit.

-McMahon conducts a special interview with Shawn Michaels. Shawn says he told everyone that he was going to win the Rumble and he did it and before he goes to WrestleMania he wants to get revenge on Owen Hart. Jim Cornette crashes the party and McMahon rips on him like heâ€™s Michaels manager or something, which is pretty weird. Cornette says that if Michaels puts his WrestleMania title shot on the line then Owen will face him. After polling the Kliq (the fans, not Diesel, Razor, the Kid, Helmsley, and Aldo Montoya), Michaels agrees to put the title shot on the line and then, like a true role model, he tosses Cornette over the top rope. Michaels, McMahon, and Cornette were firing on all cylinders in this segment and it rocked.

Goldust appears in the split screen, but you can barely hear his promo because of his ring music. They show footage of Bret hurting his knee in his match against the Undertaker at last nightâ€™s Royal Rumble, so weâ€™ll have to see if Goldust capitalizes on that. Goldust stalls in the beginning and we go to a commercial break.

When we return, Bret has Goldust grounded, but Goldust gets to his feet and pounds away. It should be noted that Goldust is wearing tights that look golden now instead of ugly yellow ones that looked like the carpet of a cheap motel. Bret uses his momentum to escape a hammerlock and sends Goldust to the floor as we go to another commercial break.

After coming back from that break, Goldust nails Bret with a fist off the top rope and applies an armbar. Bret fires out and kicks Goldust to the floor when he tries a figure-four. Goldust tries to flee, but Razor Ramon blocks his exit and tosses him back into the ring. Bret fires away as we go to ANOTHER commercial break. Okay, this is annoying.

When we return, Bret nails Goldust with a flying clothesline off the second rope and a side Russian leg sweep and Sharpshooter give Goldust his first loss at 4:41 shown. I really hate how they put this match together because it made Goldust look really inept. This match was cut down so much that itâ€™s difficult to rate, but it wasnâ€™t a DUD. Rating: Â½*

-After the match, Bret tells McMahon that heâ€™s tired of dealing with Diesel so he wants to face him in a steel cage match. He promises that he will give the Undertaker a rematch at a later date.

-Tune in next week to see Diesel square off against the British Bulldog and Shawn Michaels battle Yokozuna! Also, Billionaire Ted responds to questions in a press conference.

The Final Report Card: In what is becoming a trend, the segments were really good, but the match quality was poor. They made Bret-Goldust sound like a big deal, but gave them less than five minutes of TV time. The Shawn Michaels interview segment was longer. If that isnâ€™t a WrestleMania spoiler I donâ€™t know what is.