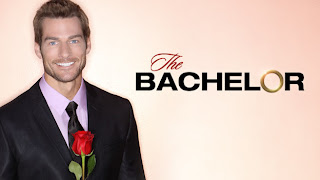 Say it with me, folks – FINALLY!

This week on The Bachelor Brad began thinking with the correct part of his body (you can choose between head or heart here) and let Michelle “Money” go, along with her exact opposite, the sweet and quiet as a mouse Britt. But there’s a lot of dates to get through before we talk about all this. 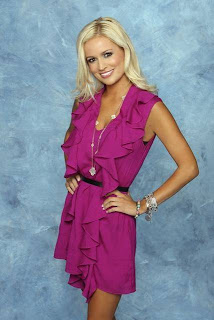 At this point, I’m starting to think there is no way Emily and Brad end up together. Isn’t it just getting too obvious? I expected a finale showdown between good and evil Emily and Michelle, but now that Brad is free from the crazy clutches of Michelle, he clearly has the strongest feelings for Emily.

When a helicopter arrived to pick up Brad and Emily for their date, Emily squealed “You do too much on our dates!” Oh, honey. First of all? You’re not special. That helicopter has seen more action on The Bachelor than Casa Chlamydia. Second of all? Brad has about as much to do with these dates as I do. I love how the women always ooh and ah about the helicopters, picnics, candles, ambiance, etc. on their dates as though Brad is actually the one executing things. Guys! If you want rose petals, chilled champagne and carefully planned dates in real life, try dating the geeky production assistant who’s putting all this crap together, not Brad.

Brad and Emily spent the day on their own private island, where the scenery was beautiful and the conversation was…lacking. Brad and Emily both seem like kind of quiet people, so watching them have a conversation is a little painful. Then they had a conversation about nerves and “opening up” (Now there’s a good phrase for a Bachelor drinking game) during which Emily’s hair magically went from wet to dry.

The couple then headed to a romantic dinner, where Brad started grilling Emily on whether he’d be allowed to meet her daughter before she even had a chance to say “Pass the pepper, please.” Their conversation was a perfect display of what is inherently wrong with this television show. Can Brad propose to a woman when he hasn’t even met her child? No, not really. But should Emily introduce a man to her daughter when he’s still dating three other girls and could possibly dump her within the next week or two? Gee, it’s almost like this show rushes romantic relationships, dooming them to fail once they enter real life!

I’ve got to say, for a reality TV show contestant, I really like Emily. She seems to actually consider what would be best for her and her kid. (Did we ever even hear Michelle mention hers?) She never trash talks the other girls. She’ll probably end up broken-hearted and the top choice for the next Bachelorette, but for now I’m in her corner. Brad seemed to realize that he was pushing a little too hard on the idea of meeting Emily’s kid, so he broke the rules (what a maverick!) and told Emily she’d definitely be receiving a rose at the next ceremony, so go ahead and plan for him to visit her hometown. 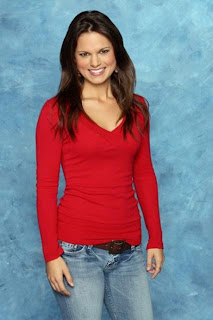 Next up was Shawntel’s date with Brad, and luckily she didn’t seem to talk about dead people too much. (She’s saving that for the presentation next week, I guess.) Instead they did something completely shocking – they went on an actual date! They did stuff that real people do!

First Shawntel and Brad wandered around an adorable local market, where a woman named Auntie B. doled out the sage that people shouldn’t get married without telling their parents first. Did she have a daughter elope or something? What kind of advice is that? Then they ate dinner and attended a concert…with other people! The horror!

Brad and Shawntel seem to get along and everything, but there isn’t much to say about their date. It seemed, you know, nice. Do you see these two together in the end? 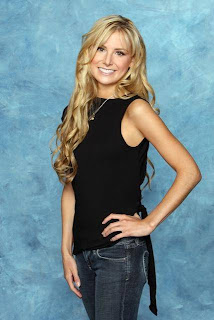 Next up was Britt, who was going on her first one-on-one date with Brad. You knew this was doomed from the get-go. Chantal and Shawntel had already used the L word with Brad, and Britt is just trying to figure out if they have a connection? Sorry honey, but that train took off back in California.


Britt and Brad spent the day on a fancy yacht, and I realized I am possibly the only girl in the world not excited by this. It’s just a boat! How is that fun? Shawntel’s date seemed way better. Anyway, Brad forced Britt to jump off a dangerous rock to prove her love. I really hate this risking your life equals putting yourself out there analogy. I never want to hear the words “leap of faith” in my regular life ever.

Next Brad and Britt had dinner, and I continued to be amazed that a food writer can be so thin. The chemistry wasn’t there, but awkwardness sure was. Brad decided to cut his losses early out of “respect” for Britt, but I’ve got to say, that ended up going horribly wrong. First came the painful, painful speech. Then he put Britt in a rubber dinghy so she could pick her own way, barefoot, back to the resort while he stayed and finished dessert. (OK, I didn’t see that, but it wouldn’t surprise me.) Then Britt had to tearfully pack up her things while the other girls looked at her with glee pity.

This left Michelle, Ashley and Chantal to go on the group date with Brad. Michelle was uncharacteristically sullen, telling the other girls “I really don’t want to go on a date with you.” Um, ditto?

The date was supposed to be super special, but in my book it was the date from hell. First Brad picked them up at 2:07 a.m. Yeah, that’s exactly what I want – for the guy I like to see me tired and cranky. They had ten minutes to get ready, and then they went to do a Sports Illustrated photo shoot, which Brad declared was every girl’s dream.

Brad. Come on. You cannot be that stupid. Remember Shawntel’s shopping spree? That was every girl’s dream. This? Waking up at the crack of dawn to pose on a beach in a bikini so you can be compared to the other hot girls also there? That, my friend, is a man’s dream date. 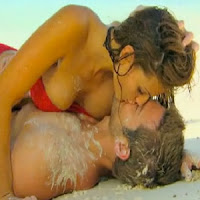 Chantal was the only one who reacted appropriately, grumbling that she was feeling fat and wished she hadn’t eaten so much the past couple days. Ashley, however, was reveling in her flat-chested glory and had ripped her top off in thirty seconds flat. Chantal saw that and upped her game for her shoot, also taking her top off. But Michelle, ever the scene-stealer, decided to one-up them all by demanding Brad be in her shoot so she could seductively make out with him in the surf. How are any of these girls (other than Michelle Money, obvs.) going to go back to their jobs? 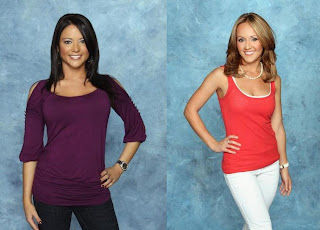 Brad and his trio of swimsuit models headed to the pool for some awkward conversation and disgusting green cocktails. Ashley freaked out over the thought of being sent home. Chantal complained that she wasn’t feeling a connection with Brad and that his body language sucked, and Michelle failed to convince Brad that they wouldn’t fight in their everyday life. (FYI, if someone says “I feel like we’d just go round and round”, it’s a little redundant to react defensively.) Then Brad gave the rose to Ashley, and all hell broke loose. Michelle tried to curse him with her eyes. Chantal burst into tears, and Ashley stupidly tried to comfort her. Um, Ashley? You’re kind of the reason she’s crying. Back off.

I wasn’t expecting Ashley to get the rose, in fact I was expecting she’d be eliminated this week. Brad put the kibosh on the cocktail party and headed straight into the rose ceremony, so I had no idea who would get cut. Would it be Michelle, because she’s insane? Would it be Chantal, because she keeps crying? Would it be Shawntel, because…well, because I have so little to say about her? (I thought she might get dealt the friend card.) 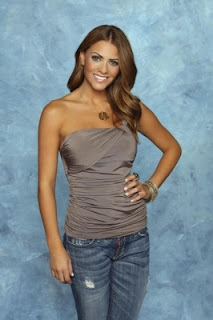 And, as you know, it was Michelle. Yes! He finally saw the light. That explains why Brad opted to forgo the cocktail party – he didn’t want to give Michelle the chance to get him back under her spell. I was expecting Michelle to throw a tantrum, or trash the other girls, or tell Brad what a huge mistake he was making, but she left in almost dead silence. Which, considering how much we’ve heard from her in previous episodes, was just fine with me. Plus she was probably already trying to figure out how to get to Austin to pull a Since U Been Gone or Before He Cheats on Brad.

Now that Michelle the Manic is gone, are you ready for the hometown dates? Which will go worse – Brad meeting Emily’s daughter, or Brad getting a tour of Shawntel’s workplace?