With attention at film festivals is frequently showered on spotlight premieres, star-studded panels and beer-drenched parties, it’s often easy to forget the short film line-ups programmed throughout the festival.

At most film festivals, these carefully selected line-ups showcase short films from across the globe — featuring emerging talent who have something just as important to say as their feature-length counterparts but with a fraction of the time to say it. South by Southwest is no exception. This year the festival will feature eight different categories of short films — ranging from music videos to documentaries to films made by high school students to the always-popular selection of midnight shorts.

While its easy to fill your schedule with the red carpet premieres and the much-buzzed about indie films that have already made their mark at other film festivals, this year don’t ignore South by Southwest’s selection of short films.

Here are a few selections from this year’s line-up: 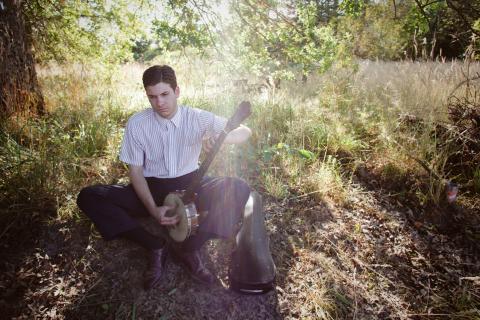 Austin Wilson’s short profile on 25-year-old musician Frank Fairfield is a fascinating look at a young man seemingly born in the wrong era. Fairfield is an admittedly eccentric young man — dressing like Karl Childers while he strums along on his banjo to songs that have not been in style for quite some time. Fairfield, though, would politely refute that previous statement. To the young musician, the songs that he plays, collected from the dusty old 78 records he spends his free time unearthing, are the very definition of pop songs. Fairfield only plays songs that have survived the rigor of time and have, as he puts it, existed forever. Fairfield doesn’t seem to be a case of a young hipster ironically grasping onto a distant era in an effort to gain cool points. The musician’s passions seem genuine and, under the artistic guidance of the film’s director, are explored in fascinating detail.  If the story wasn’t enough to pull you in and make you want to see Frank Fairfield, though, the documentary looks beautiful — with concert footage and interviews captured with a true artist’s eye. 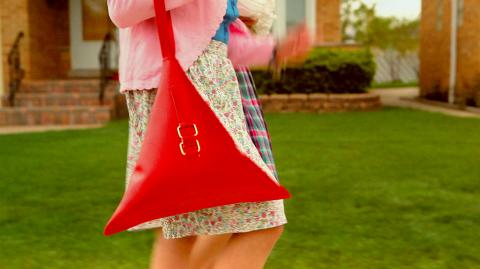 Giancarlo Iannotta’s short film My Big Red Purse is a sweet story about a young girl and her favorite fashion accessory. Narrated by the director’s mom, the short tells of a young Pam Iannotta who, while walking home from school one day with her friend, committed a heroic act thanks to a giant triangle-shaped red purse she carried with her at all times. The director supplements an interview with his mom with reenactment footage that exudes a sweet, nostalgic tone. Music by Patrick McCormack is the icing on the cake for this feel-good film. 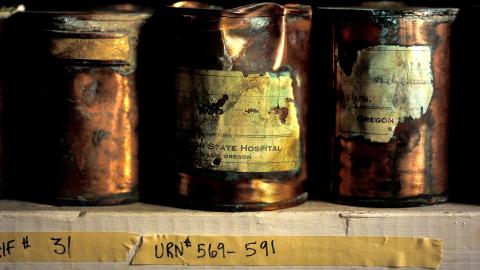 It’s in the photography of David Maisel that directors Ondi Timoner and Robert James find inspiration for their touching tribute to the corroded copper graves of the forgotten. Library of Dust explores the true story of thousands of coper urns that were discovered in the Oregon State Hospital —  all of them housing the ashes of long-forgotten patients who had, since the 1800s, been carefully stored and catalogued in a tiny room in the hospital following their death. The documentary follows both former patients and doctors as they discuss their time spent in the hospital that doubled as the real-life filming location for the movie One Flew Over the Cuckoo’s Nest. Apparently the Milos Forman-directed adaptation of Ken Kesy’s novel wasn’t too far from the mark — as patients and doctors outline some of the true-life injustices that occurred within the hospital’s walls. Also explored are the reunions between the copper urns and their inhabitants’ distant relatives. With a deft touch, Library of Dust passionately explores the stories of those forgotten. 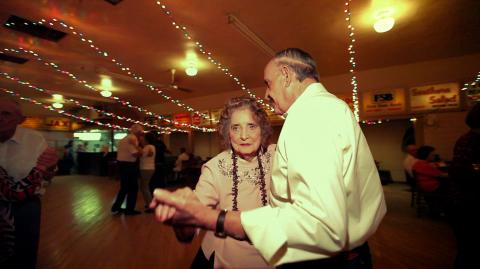 There’s not a lot to do in the small Texas town of Seaton. With a population dwindling in size and rapidly increasing in the average age of its citizens, Seaton is possibly only a few generations away from drying up and blowing away. Nightly, though, the Sefcik Dance Hall serves as a beacon — pulling in the surrounding elderly Czech-American citizenry like moths to a lamp. Those that come walk with limps — their soft-soled shoes dragging as they climb the stairs. Once inside, though, age peels right off their bony frames as they begin to shuffle along to the music — helping distinguish Sefcik Hall as one of the last remaining true Czech dance halls in Texas. Director Annie Silverstein has created a fly-on-the-wall portrait of those that come to dance. As they contemplate their dwindling years, their lost loved ones or the path that brought them to Sefcik Hall, Silverstein captures the action — masterfully mixing interviews with well-shot footage of the dance hall in its prime hours. While Silverstein may go overboard with the weird camera lenses and angles every now and then, the film remains a nice tribute to a dying cultural interest. 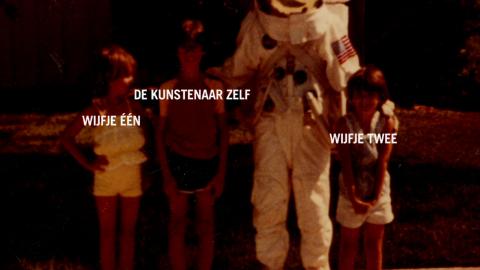 39-A: Een Reisverhaal Van Eindeloos (A Travel Tale of Interminable)

Director Evan Mather has certainly created an interesting film. 39-A, while a bit impenetrable in its quirkiness, easily wins points for its inventiveness. A mix of Super-8 home videos, animated transitions, and narration in pidgin, 39-A details a family’s 1981 trip to the Kennedy Space Center in Florida. Mather’s film flies all over the place in its narrative structure — spanning continents, time periods and languages in a blink of an eye. Fans of experimental cinema will likely enjoy this autobiographical mash-up. 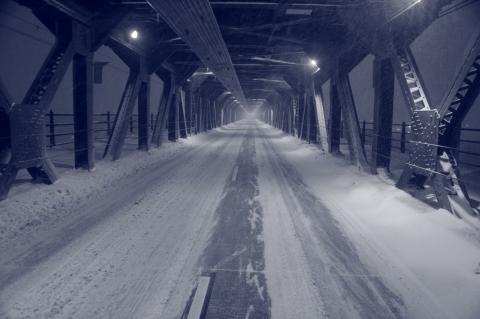 Writer/director Trevor Anderson explores the tragic history of Edmonton’s High Level Bridge — a landmark that has been the site of an inordinate amount of suicides. After announcing his intention to eventually drop his camera from the bridge, capturing an approximation of the last thing a potential jumper might see, Anderson offers a deadpan examination of some of the ways the bridge’s magnetic attraction for suicides has effected him personally. The High Level Bridge is an no-frills examination of a community’s shared blemish told in a strangely poetic way. If the short can indeed be compared to a poem, it’s the driving sounds of a drum from musician Scott Davidchuck that gives the film its rhythmic meter. 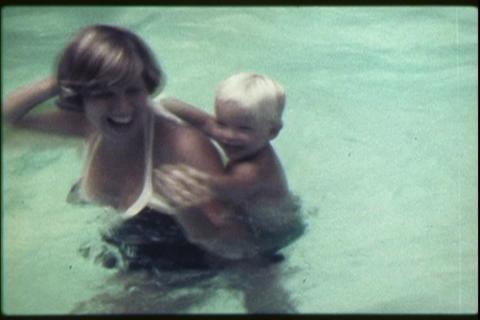 Jason Jakaitis’ extremely personal film explores the complicated relationship between the filmmaker and his mother — a woman who has battled with medical ailments and disfigurements throughout her life. The movie takes present-day footage of the filmmaker’s mother as she recovers from surgery and mixes it with reenacted memories of the filmmaker’s youth shot in Super 8. The documentary, with its dry, often seemingly emotionally detached narration, takes care not to fall into the trap of being overtly sentimental — preferring to rest its load on the director’s strengths as a filmmaker than any emotional cloying or manipulation. As insightful and touching as a great This American Life episode, Mothersbane is an interesting mix of film mediums — tempered together to tell a powerful story. 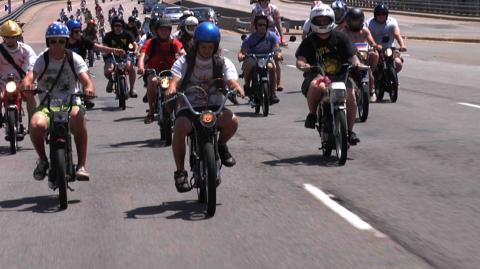 Easily one of the stand-out selections from this year’s documentary shorts line-up, Carlos Puga’s documentary about the moped gang problem of Richmond, Virginia is not only eye-opening, it’s entertaining as all get out. Puga spent three months following the Hell’s Satans, one of Richmond’s most prominent moped gangs. These tatted up, ironic t-shirt wearing hipsters with motorbikes prowl the streets of Richmond — picking fights with rival gangs when they’re not outfitting their bikes with makeshift mufflers made out of Coke cans. As Puga follows the bikers, it becomes more and more obvious that the problems surrounding the moped gangs far outweigh the cuteness of the idea of low-rent motorcycle gangs. When dealing with Richmond’s moped gangs, don’t expect a Meetup group. These young hooligans take themselves very seriously — settling their differences with vandalism, attempted murder and, eventually, much more destructive tactics. Along the course of filming, Puga even has the opportunity to explore what, exactly, the responsibility is of a documentarian to step in and intervene as the subjects he is filming begin to first skirt then outright speed right over the law. Satan Since 2003 is one of the best documentary shorts playing at South by Southwest this year. Don’t miss your chance to catch it on the big screen. 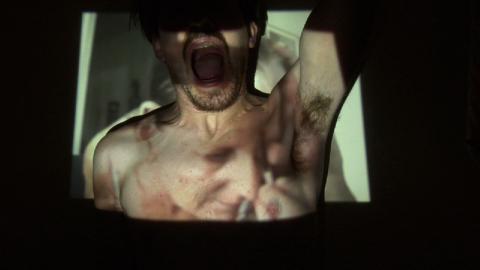 You Cannot Learn How To Be Honest

Jason Oppliger has created a documentary that, in many ways, seems to be the love child of David Cronenberg and Michel Gondry. In Oppliger’s short, the director repurposes the weird assembly of footage that he obtained from filmmaker Jason Wood when Oppliger agreed to do some editing for Wood. Finding the footage (which consists of, among other things, drug addicts rambling about their addiction while they demonstrate various places to inject their fixes) frightening, Oppliger decided to either take back some of the footage’s power or set it free by projecting the footage off of various surfaces in his apartment — including his own body. An experimental film that manages to be both highly creepy and highly watchable, You Cannot Learn How To Be Honest lacks a real narrative structure but makes up for it with a willingness to test the flexibility of filmmaking.