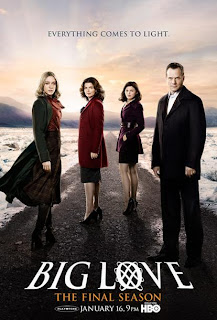 I decided not to review each episode of the final season of Big Love for a couple reasons. Since I was a belated fan of the show, in the past I’ve just done DVD Flashback Friday posts on the show. Another reason is that I think Big Love is a better show when you look at the overall picture, rather than individual episodes. The series tends to build towards big moments, and this season has been no different. But since I’m sure next week’s series finale will give me plenty to talk about, I decided to write a fifth season post after watching Sunday’s penultimate episode.

Big Love‘s fifth season has been dramatic, intense, and much stronger than the critically panned fourth season. I didn’t hate the fourth season as much as other viewers, but there was no disputing that the season was overly ambitious, cluttered and rushed. This season focused more on Bill’s wives, the struggles of the marriage, and the family’s outing as polygamists. Barb, Nicki and Margene have always been the strength of this show, and it was the right call to focus on them for the final season. 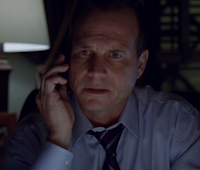 This season we saw Bill take office, and deal with the disastrous news that Margie was underage when they married. I tend to find Bill’s dealings as a politician a little tedious, but I liked how his feud with Alby really came to a head this season. Although Bill’s storylines aren’t my favorite, they’re usually a catalyst for what happens with everyone else.

I’ve long wondered if the series would end with Bill having a heart attack or something, but the idea that he could end up serving twenty years in prison for statutory rape is brilliant. It fits perfectly into the morally ambiguous gray area this show has always excelled in. I don’t believe that Bill’s relationship with Margene is statutory rape, but I also don’t believe that polygamy is right or healthy or moral.

I’ve always been fascinated by the relationship between Bill and his business partner Don, and I really liked where the show took that this season. Bill has forced Don to take bullets for him time and time again, and it finally culminated in an attempt on Don’s life, all thanks to Alby’s feud with Bill. Don had to finally give in – selling his share of Home Plus to Alby was a lousy thing to do to Bill, but it was a long time coming. 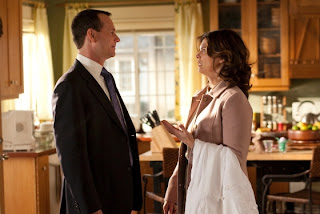 Barb’s evolution this season has been fantastic. I always felt that Barb was too smart for Bill, that she was above the patriarchal system of polygamy as well as Bill’s self-righteous arrogance. I loved watching her explore herself outside of the family this season, and the way her new beliefs drove a wedge into the family.

In particular, Barb’s recent independence drove her and Bill apart. Adding another layer to that development was their legal divorce, planned so that Bill could marry Nicki and thus adopt Cara Lynn. There’s always been a certain competitive dynamic between Barb and Nicki, and the divorce/marriage brought that to light. Barb feels a special connection to Bill because, once upon a time, they were simply husband and wife. There have always been undertones of resentment with Barb. Meanwhile, Nicki is competitive and power hungry. She envies and resents Barb’s superior place in the family. Watching Barb and Nicki navigate the change in family dynamic this season was some of the best work the show has done. 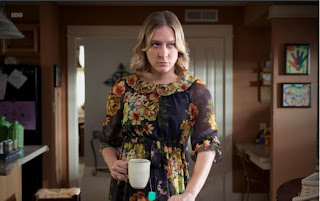 Oh, Nicki. You may not like her, but you can’t deny that she’s an excellent character. After the hubbub surrounding Chloe Sevigny’s rude, albeit rather accurate, complaints about the fourth season, it’s nice to see her outstanding acting come together so perfectly with quality writing.

Now with shorter hair and better clothes, Nicki changed a lot this season. She made rescuing women from Juniper Creek her personal mission, and completely projected her own personal trauma onto the women, and especially onto her daughter.

For a character that was only introduced last season, in the middle of a very confusing plot line about eugenics, Cara Lynn served an important role this season. At first, I wasn’t a fan of the hot-for-teacher storyline she was dealt, which feels so overused on television nowadays. But it ended up being an excellent plot device. Not only did it highlight Nicki’s own emotional damage and how that influences her parenting skills, but it served as a great mirror for the earth-shattering news about Bill’s marriage to Margie.

In Sunday’s penultimate episode, Nicki really lost it. Not only did she try to ship Cara Lynn off to a scary religious robot school, but she basically dumped all of her emotional damage onto Cara Lynn in one conversation. She told her daughter that she’s not special, that she doesn’t deserve to be loved, and even accused her of being on birth control. It was a great example of the cycle of emotional damage that takes place in these situations. After watching Cara Lynn have a breakdown and torch all her schoolbooks, you have to wonder if she’ll ever be able to recover from what’s happened. Nicki knew she caused it. She knew while she was saying all the horrible things to Cara Lynn that in truth, she was only speaking to herself. But words have consequences and the damage has now been done. 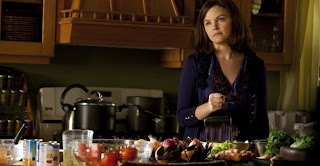 Margene has been very isolated this season. She’s caught in the middle of Barb and Nicki’s power struggle to be the first wife. She’s the source of an immense amount of hardship that’s about to hit the family. She’s done a lot of damage with that damn juice.

Margie grew up a lot this season, found her faith, and is still struggling to find herself. You always had to wonder what was up with Margene. Was she a foolish girl who was lured into polygamy? Did she make the decision herself because she wasn’t raised with a loving family? Or did she actually belong there? Even now that she’s come into her own some more, it’s hard to tell. She obviously loves her family, there’s no question about that. But I can honestly say, I have no idea where Margie will be when this series ends. She’s trying desperately to keep her family together – teaching the children songs, wondering if another pregnancy will get her visitation rights will Bill, and trying to convince him to take the whole family on a mission so he can avoid jail time – that you have to wonder what she’ll do when everything falls apart. Barb is drifting away, Nicki is on the brink of breakdown. Where will Margie fit in?

With Sarah gone, Ben and Cara Lynn stepped up to the plate as the interesting Henrickson children. I’ve already talked about Cara Lynn and the effect her choices had on Nicki, so let’s talk about Ben.

I never really cared for Ben, but I really grew to like him this season. Probably because he was seeing Heather, who I’ve always liked. Heather’s friendship with Sarah was great, and it doesn’t hurt that I love the actress playing her from her days on Veronica Mars. Also great? That manipulative little minx Rhonda entering the picture. That girl is something else. She seemed to have turned over a new leaf, what with being engaged to Cara Lynn’s cousin and having a baby. But in Sunday night’s episode, we saw she’s just as crafty and hateful as ever. She slept with Ben, and then spilled the beans to Heather before he had a chance to. And the worst part? Ben’s reaction. Just when I thought I liked the guy, he told Heather that he could be with both her and Rhonda. Um, no thanks Benny. I wasn’t surprised by this – Ben always served as a foil to Sarah. While she couldn’t wait to escape the craziness her family had sucked her into, Ben embraced it. But even though I wasn’t surprised, I was disappointed.

Lois also had some good moments this season. She tried living with Bill for a while after she was diagnosed with dementia, but she hated it. She was never able to leave Frank, even though he caused the dementia by giving her an STD that went undiagnosed. The question that remains to be answered is if Frank will fulfill Lois’s request to kill her now that the dementia has worsened.

Sunday’s episode saw the climax of everything. There was a terrifying confrontation in a store, when Bill and Barb ran into Alby and Adaleen. Then there was an even more terrifying confrontation on Capitol Hill. Bill shot Alby in the arm, but didn’t kill him point blank when he had the chance. I’m glad he didn’t, and it looks like he’s won their battle, but the war is a lot bigger for Bill. How will the Grant vs. Henrickson feud be resolved in the finale? Will it factor into Bill’s looming jail time? If Bill goes to prison, what will become of his wives?

I’ve never liked Bill Henrickson, and part of me definitely wants him to go to jail. But should he? Does he deserve it? I’m just not sure. What have you thought of season five so far? Are you as anxious for the finale as I am?

Side note: While I love to hear from everyone and encourage you to comment, please no spoilers! After watching the show for five years, it would be a shame to ruin the ending for everyone.