It’s Model time again! But before we dive into a new episode, we must rehash everything that happened last week.

Alexandria is a bitch, in case you didn’t know. And also a diva. And Sara is manly – also not a newsflash. Alexandria reacted with venomous anger when a few of the girls discussed returning to university after the competition was over. Finishing their educations? The nerve!

Girls Who Play With Fire 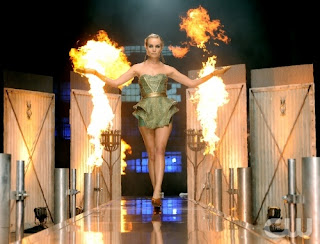 The women all met up with Miss J for a special super scary runway challenge. They’d be walking down a runway lit on flames. And that wasn’t even the scary part – they’d be styled like Lady Gaga, too! Just kidding, the girls actually looked great. And none of them had to wear meat or go down the runway in an egg – probably because the open flames would cook them.

I thought the standout girl on the runway was Mikaela, but Dalya and Brittani were great, too. Miss J didn’t even mention Mikaela, though. He listed Alexandria, Dalya and Brittani as the best and awarded Dalya with the top prize. And then he made the weakest three girls, Hannah, Sara and Kasia, walk home. To practice. In the ghetto. 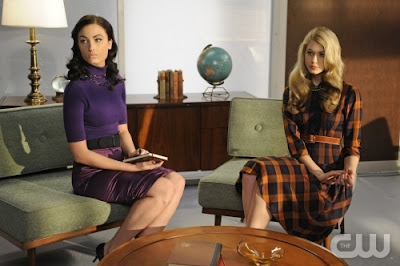 The girls did a commercial this week, for another fake Tyra product called “Fierce Roast Coffee”. They’d be playing secretaries in a Mad Men style work environment. Sara had a problem with the premise, because she’s a feminist and stuff. While I appreciate that she’s sticking to her beliefs, but come on. It’s a commercial. Does she really think Elisabeth Moss and Christina Hendricks have sold out?

Brittani really struggled with the commercial. Alexandria seemed to be trying to be the opposite of a diva, and instead went into uber-helpful mode. It was kind of embarrassing. Next, Kasia really brought the sex appeal. Dalya and Molly were just kind of bland. Hannah and Monique did well, and then Sara really bombed.

As the girls prepared for judging, they mentioned that they’d be heading into the single digits – only nine girls would be returning! We’re moving right along, aren’t we?

Monique & Hannah: How cute did Hannah look at panel? She’s just so cute. Hannah and Monique were good – the task was to be sexy, and they definitely accomplished that.
Jaclyn & Kasia: Kasia was so damn sexy in the commercial, it was ridiculous. And Jaclyn completely made her cuteness work for her. And I could listen to Jaclyn say “fake booty” all day. She’s hilarious.
Alexandria & Brittani: Brittani was barely in this commercial! She just didn’t seem comfortable, but Alexandria was fine. Her attitude continues to be a problem, too.
Sara & Mikaela: These girls just weren’t seductive enough. Especially Sara, but Mikaela was pretty wooden too. I just love her look, though. Nigel was right – if it was a photo shoot, she would have killed.
Dalya & Molly: Molly’s hair is still looking crazy. This was an average commercial – they were rather wooden, but not as bad as Sara or Brittani.

The best actresses in the bunch were probably Kasia and Hannah, and I thought the worst were Brittani and then, by far, Sara.

If this were just based on performance, I think Brittani would have been in the final two. But because of Alexandria’s attitude problems, she needed that scare. And honestly, wasn’t it obvious all along that Sara would be going home? She’s come up short too many weeks in a row, and she just doesn’t seem invested in this. She had to go. 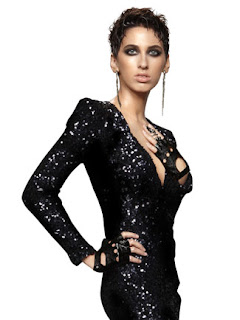 Alexandria got her final warning, and I wouldn’t be surprised to see her eliminated because of her attitude. In fact, I kind of hope that she is.

I was impressed with Sara’s exit speech – she showed a lot of awareness for why she’d been eliminated and took responsibility for her shortcomings, and that’s rare. If only she’d been able to pimp herself out for that coffee, huh?

Get ready for next week, because we’re going back to junior high – someone is going to read another girl’s diary.