Announced at C2E2, a new Daredeivil #1 is on the way with Matt Murdoch back as Daredevil under the pen of Mark Waid and under the pencils of Paolo Rivera and Marcos Martin.

So, where is Matt Murdoch now?

Mark Waid: …Shadowland was about as dark as Matt could go, and while Daredevil will not be a happyshinyretrobright series by a long shot, we are gonna tweak the tone a bit and have Matt play a little more firmly in the Marvel Universe proper. A little more humor (people tend to forget that Matt’s actually a clever wit), still plenty of danger and menace, still at heart a crime book…but we plan to deliver a Marvel comic that, you know, despite its excellence, won’t drive you to drink.

What’s the tone of the new book?

Waid: From page one, Matt’s coping with his last few years of personal tragedy in an interesting way; he’s sort of pretending they haven’t happened. Maybe that’s his coping mechanism; maybe there’s more to it. You’ll see. But either way, Foggy and all of Matt’s (and DD’s) other friends and allies are not nearly that eager to hand-wave Matt’s recent troubles away, and it creates immediate friction. None of them want to see Matt suffer, but at the same time, it sort of weirds them out that Matt’s unilaterally opted to apparently turn the clock back on his life rather than confront his demons. He’s looking for a little more light in the world around him, but the world isn’t fully cooperating. 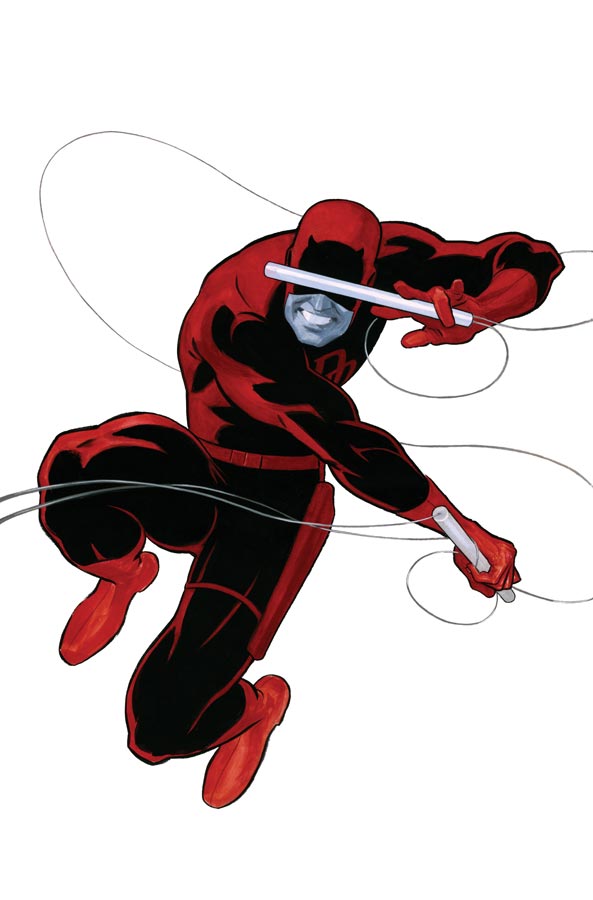