OK, who wants to come to a murder mystery dinner party? The latest episode of Chuck has put me in the mood. Maybe it’s because I’ve always kind of liked bottle episodes, but I found this episode very enjoyable.

The murder mystery plot was fun, even though I had an inkling about who the murderer would be – although I thought it might be Crying Girl for a little while. Do you think they named Chuck’s twin Brody because Zachary Levi and Adam Brody have always been compared? Or just a coincidence? After Chuck’s first and second choices for the new Intersect were offed, things got really interesting. 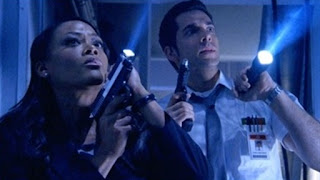 In particular, I was surprised by the role Director Bentley played. After she covertly delivered Chuck’s dad’s computer to Ellie last week, I expected her to be set up as a villain. But instead, she ended up being part of a larger plot – she’s at least planted the idea in Chuck’s head that Ellie could both be valuable to the CIA and enjoy the work, even though Chuck isn’t convinced yet.

I liked how this episode tied some previous plots together. Bentley admitted to giving Ellie to computer, and Ellie had been very successful in figuring out what her and Chuck’s dad had been working on. Bentley was right, they needed someone like Ellie to figure out the Intersect. But Chuck wants to keep his sister safe, so he instructed Awesome to swap out the hard drive for a blank one.

I’m so glad Awesome decided not to follow through on that. He saw how happy the work was making Ellie, and I love the idea of Awesome and Ellie keeping a secret from Chuck for a change. But how much does Ellie know? And what happened at the end there, will Ellie be the new Intersect? I’m very excited about this storyline.

Meanwhile, the “muuurder” mystery storyline was both fun and a great way to tie Vivian and Volkoff back into the storyline. Now that she’s attempted to kill Chuck, she’s Nemesis #1. I thought this storyline had been dropped, but I’m glad it wasn’t.

Like I said, the murder mystery plot was fun and it also provided some great action-ey moments. Not a lot of fighting, but bombs and interrogations and mysteries are always exciting. I didn’t predict that Bentley would sacrifice her life to save everyone else, but it made sense – it validated the project that Casey had been working on with her. I didn’t want to think of Casey working with an evil mastermind, so I’m glad she was really looking out for the good of the team.

Meanwhile, we had some kooky Buy More craziness to bring humor to the show. Yeah, the Subway ads can be a little painful (though occasionally humorous) and I’m not Jeff and Lester’s biggest fan. But I always love when Morgan’s Buy More drama mirrors Chuck’s CIA work, but on a much, much smaller scale. Plus, how can you not love a pig?

Overall, I thought it was a fun and exciting episode. We’ve been set up for two really great storylines that should carry us through the rest of the season – Ellie’s involvement with the Intersect, and Vivian as Arch Nemesis. I just hope Chuck gets picked up for another season so we can explore them further. 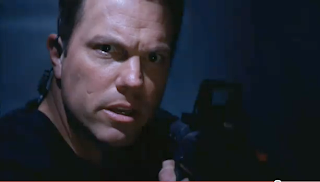 What did you think of “Chuck versus the Muuurder”? Are you feeling the itch to play a good ol’ game of Clue now? And while you’re at it, check out a few highlights: