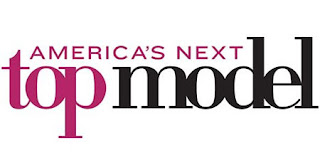 Time to talk ANTM again, folks! But before we can witness an actual competition, we must once again establish which girl in the house is The Monster. And that must be someone new, because after Alexandria was warned for the second time about her attitude last week, you’d think she’d take a long, hard look at herself – right? Wrong! Instead, she whined about how she hates it when people don’t get her, and then she bickered with the other girls. So yeah, Alexandria reprised her role of House Monster again this week.

I loved the montage of complaints about Alexandria, which ranged from “I think she’s bipolar” to “I’m afraid of her”. What a winner!

For the challenge, the girls had to work in groups of three – director, writer and talent – to hawk some CoverGirl products in a conversational way. Naturally, Monique and  Molly were thrilled to get stuck with Miss Bossypants Alexandria . When they tried to talk to her about her attitude, she freaked out and started to cry. Soooo professional.

As for the non-commercials, Mikaela definitely seemed to be the best talent, even though she cursed a lot. Monique did a great job directing, though, and Jay noted how well she’d handled her difficult talent – Alexandria. Dalya was probably the worst, though. Her group hadn’t written a script so it could have been very conversational, but Dalya seemed to let her nerves get the better of her. The first group – Mikaela, Kasia and Brittani – won.

While Alexandria was on the phone sobbing to her boyfriend about how everyone hates her (and rightly so), Monique came up with the idea to read Alexandria’s diary to find out what she thinks of everyone. Obviously, that’s a terrible idea. No matter how hateful a girl is, reading her diary is low. Monique read it, and then told everyone that Alexandria had written about feeling like a loner. Yeah, Alexandria seems like a bitch and I’d probably hate her too if I had to live with her. But there’s really no excuse for invading someone’s privacy like that.

For the photo shoot, the girls would be posing with the most adorable baby jaguar. Squeal!

Some of the girls, like Hannah, interacted really well with the cat, while others like Kasia really struggled. All episode, we were given signals that Dalya was struggling. She lost the challenge! She has high expectations for herself! She’s been modeling for years! All signs that point to elimination.

Is anyone else starting to feel like Molly has a bad attitude? I cut her some slack early on because her hair was truly awful. Anyone would have been right to complain about that. But the way she complained that the cat was cranky bugged me, and along with Monique she seems to complain about and focus on Alexandria more than everyone else.

Since the girls wore Rachel Zoe clothes for the photo shoot, she was “literally” the guest judge for this episode. Now, let’s talk photos.

Jaclyn: I love Jaclyn’s photo because it showed a completely different side to her. She’s such a sweetie in real life, so I loved that she managed to deliver a fierce shot.
Mikaela: Honestly, this girl is such a striking beauty that I think she can look good no matter what. Her photo wasn’t the best of the bunch, but I really think Mikaela was born to model.
Molly: Her photo was strange, right? It was like Taylor Swift’s evil jungle twin. It just wasn’t a good shot.
Monique: Monique definitely delivered, but I don’t think her shot was particularly memorable. I’d say it was middle of the pack.
Kasia: I love that Kasia is basically dropping the cat in her photo, since she had such a hard time with it. She struggled in the picture, but she lucked out and ended up with a great shot.
Dalya: Dalya’s shot was simple, but pretty. She has such a strong face, I’d like to see her really rock a photo shoot but she’s yet to do so.
Brittani: Is it too early to call her the winner? I love this girl, and she’s been delivering fantastic photos week after week. She looked sexy, sly and elegant.
Alexandria: I don’t like her, but I did like this shot. Come on, someone had to roar at the cat, right?

Hannah: Best shot of the week? Even though I don’t think the judges will choose her as a winner, Hannah has been my favorite from the beginning. She is just gorgeous, and the picture was outstanding.

So who deserved to go? I thought Molly had the worst photo, but I wanted to see Alexandria eliminated since she clearly hasn’t learned the lesson about attitude yet. While Dalya didn’t deliver a great shot, I think she has a lot more potential than either of those girls.

As Tyra stood and rattled off her spiel about how many photos she’s holding, I pondered a very important question. Should I cut my hair to look like hers? It’s fantastic! I already have bangs, but my hair is longer. Would it do the cool fringey thing that her hair is doing? Anyway, I digress.

First photo? Hannah! Golf claps all around! Next was Brittani, then Jaclyn, Monique, Alexandria, Kasia and Mikaela. The first three were my favorites, but I was surprised Alexandria was called so early. I thought both Mikaela deserved to be called before her. Dalya and Molly were left standing, along with Molly’s weave, which had taken on a life of its own by that point.

I thought Molly would be eliminated, but I guess Tyra decided to give her a fresh, weave-less start. It’s too bad, because I liked Dalya’s personality and look better. Dalya looks like a model, and I think she has a lot of potential. What do you think, was the right girl sent home?