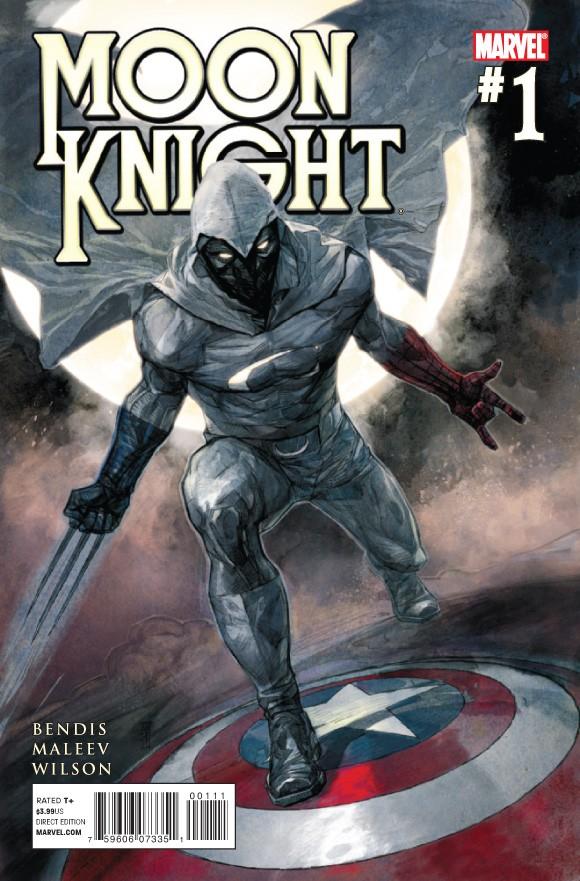 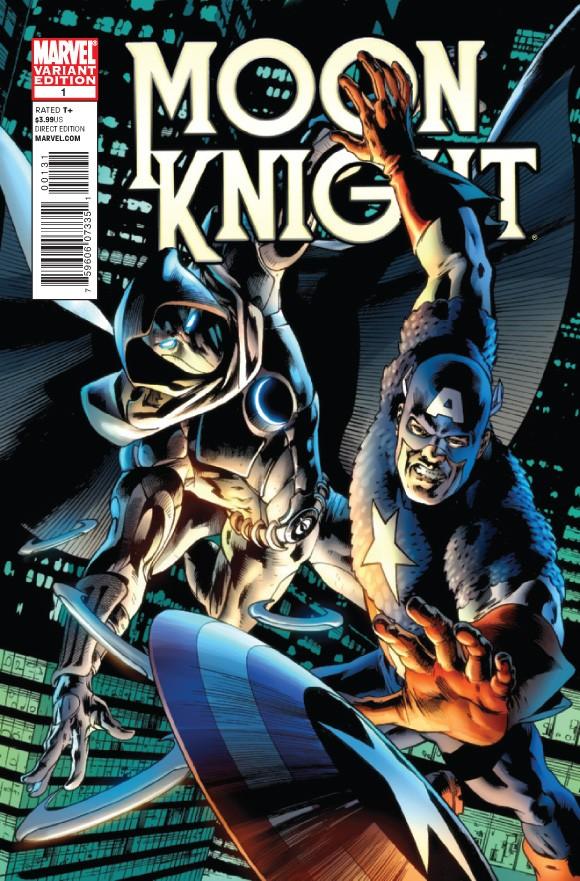 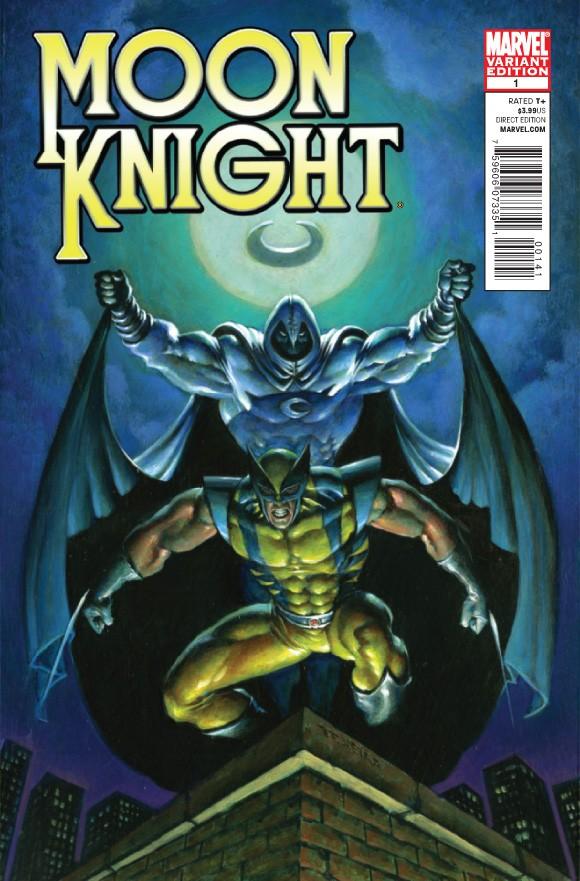 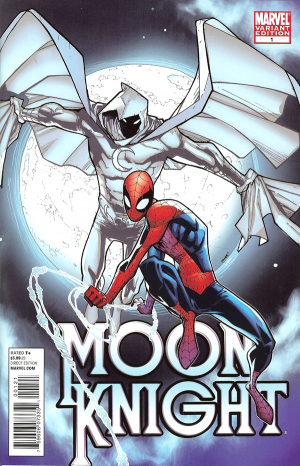 Left to die outside an Egyptian temple, mentally unstable mercenary Marc Spector believes himself to have been resurrected by the ancient deity Khonshu to be his supernatural avatar on Earth. When night falls, Spector dons the mantle of Khonshu and fights the darkness as Moon Knight.

I go into Moon Knight with trepidation. I’ve been burned before, you see. When I discovered comic books, Daredevil was the character that really hooked me. And Brian Michael Bendis and Alex Maleev crafted a Daredevil saga so perfect, it was one of those rare stories that I’d been waiting to read since I first picked up a comic book. Like Bendis, I’m also a sucker for the B-List characters I grew up with, so when rumors began of a Bendis and Maleev Spider-Woman title, I hung onto every scrap of art or interview I could find about it. Sadly, the book never quite got off the ground and ended prematurely. I still love those seven issues. But understand that before I had a crush on Jessica Drew or really identified with Matt Murdock, there was Moon Knight. It was an issue of What If…?, where Punisher became Venom. Moon Knight had a bit role, but the costume and concept were just so cool to 5th grade me, and he’s been a guilty pleasure of mine ever since, right up there with Cloak and Dagger.

Marvel must be catering to me, because after Daredevil and Spider-Woman, and in the wake of a new Cloak and Dagger series announcement, Moon Knight was granted another shot at a title this week. And still, in the aftermath of the Spider-Woman series, I’m just not sure how much I want to invest.

Marc Spector, former mercenary and current television producer, is whoring is life out in a weekly television format. He’s a sleazier Tony Stark or Bruce Wayne, with a roguish five o’clock shadow and looser moral compass. And he’s an Avenger. Captain America (Steve Rogers), Spider-Man, and Wolverine all show up in the opening to request Moon Knight’s assistance. It’s a pretty blatant tie-in and marketing move.

Moon Knight cuts a pretty brutal and satisfying path on Cap’s errand, interrupting Mr. Hyde’s weapons deal. I could be lying, but I believe this weapons deal hints at the rest of the Avengers’ upcoming arcs, as the weapon is Ultron. Moon Knight takes the head, escapes Hyde, and goes over the case and evidence with Wolverine, Spidey, and Captain America (Steve Rogers).

It’s a pretty obvious tie-in, even for Bendis, and I wonder at Marvel’s marketing strategy here. Do we really need Cap, Spidey, and Wolvie just to move a book? Couldn’t Bendis (and Maleev, rawr) do us a favor and at least give us Spider-Woman for eye candy?

Then you turn the page.

Look at that final page.

The script is solid, and feels more compact than Bendis’ usual. Aside from the ensemble scenes (light in dialogue for Bendis), the issue is actually mostly action, and Moon Knight doesn’t even have an inner monologue. With Bendis at the helm, the voice of most of Marvel for the past decade, every character feels right.

Maleev’s linework is beautiful as always. Unlike Daredevil or Spider-Woman, there’s a rougher, sparser feel to his hand. Since he’s operating a bit looser than Spider-Woman (and has no motion comic to add art for), I feel confident in his artistic and deadline capability for the project.

Matthew Wilson’s colors suit the book well. There’s the same sketchy yet controlled approach to the scene lighting and characters. Since most of the issue took place in the dark, on a boat, with explosions, there’s a lot of dark green and vivid orange, and I hope the pallete opens up in upcoming issues. It definitely sets a mood for now.

I write my reviews assuming you haven’t picked this up already, and I’m telling you to go pick the book up. Because the final page – and I know this gets abused in the industry, but I’m not one to feed the hype machine – the final page knocks the entire issue out of the park, sells everything, and is a brilliant play.  It’s just clever enough without being insulting.