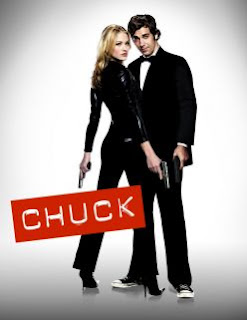 Chuck might have it’s ups and downs over the course of a season, but you have to hand it to the little show that could – they always deliver a hell of a season finale.

Maybe it’s because the show is always in jeopardy and wants to go out with a bang, but they always go out guns a blazing. Monday night’s season four finale was no different. It was, in a word, epic.

What was so great about the season finale, Chuck vs. The Cliffhanger, was that it could have also worked as a series finale. Before we got the excellent news that Chuck will be returning next season for a fifth and final thirteen episode season (it’ll be on Friday nights next fall, so take note!) the episode’s title had me worried that if the show didn’t get renewed we’d be left wondering. Instead, they cooked up a brilliant finale that could work both ways – had the show ended there, I would have been satisfied. But I’m so much more excited to see what they can do with this in thirteen episodes.

As you know, we’d left things with Sarah on the verge of death after Vivian used the dangerous DNA-tracking Norseman weapon on her. Devon and Ellie went into Awesome doctor mode to keep her alive, but Chuck and Co. didn’t have much time to secure the antidote. Chuck, Casey and Frost worked together to try and track down Volkoff. while Morgan stayed behind at the hospital, where they were all being watched by the CIA.

Yes, tracking down Volkoff was going rogue and there was a mean new boss who was having none of it. Chuck caught up with the truck where Volkoff was being transported and captured him, but he was a little too late – the Agent X experiment that turned Volkoff into the villain he was had been reversed, and he was back to being a meek scientist named Hartley. Although it threw a hitch into Chuck’s plan, I really liked the new character – I could totally see him being friends with Stephan Bartowski.

I won’t go into all the details of what happened since I’m assuming you watched the show, but I loved how everything tied together with Stephen Bartowski, with Vivian, and with the CIA. They managed to wrap up the Vivian Volkoff storyline and create a whole new villain within the CIA, and it never felt forced.

It felt like everyone had something to do in this episode, too. The scene where Morgan and Devon took out their CIA tail was hilarious, and I really enjoy watching Frost and Casey work together. Casey especially had some great moments, since they ended up getting a little bit of help from the Russians in order to get the antidote to Sarah in time. 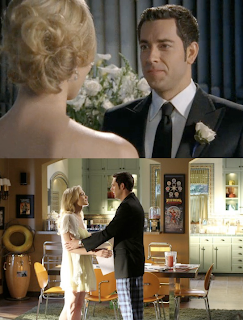 Sarah was saved (loved the little “Psych!” moment where they showed a notice for a funeral above the time for the Bartowski wedding) and we weren’t robbed of the beautiful, romantic and sweet wedding that we’ve all been waiting for. But you know what was even better? The dry run wedding, which was flashed back to throughout the course of the episode. To ease the pre-wedding jitters, Chuck and Sarah had practiced getting married one morning at home. It was a simple, sweet moment that seemed to capture everything that’s great about their relationship.

But where was the cliffhanger? Well, there were a few. First of all, no one works for the CIA anymore. Chuck, Sarah, Casey and Morgan have all been fired. (You had to feel for Casey – the man is a patriot through and through, his dishonorable discharge must have hurt.) Second of all, since Chuck gave Vivian and Volkoff Hartley the blank identities that had been meant for him and Sarah (Chuck had some leverage that he could use to ensure his and his family’s safety from the big bad CIA man), he left the assets of Volkoff Industries to Chuck and Sarah, as a wedding gift. They bought the Buy More, and everything that was underneath it. 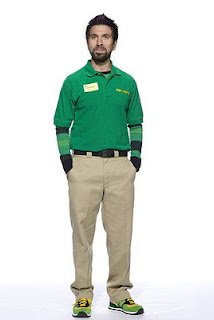 So Chuck, Sarah, Casey and Morgan are setting up shop as freelance spies – pretty freakin’ awesome, if you ask me. But there was one more twist – General Beckman had left Chuck a pair of sunglasses as a parting gift, but Morgan put them on first…and downloaded the Intersect into his brain. Guys, he knows kung-fu.

I, for one, am so excited to see where this goes. Is Chuck a good enough spy now that he doesn’t need the Intersect? Can he put those sunglasses on so that Morgan and he can both have it? What will Morgan the Intersect be like? Will Frost help them on some missions? What will happen with this new bad guy who works for the CIA?

That’s a mystery that will hopefully be solved next season. The bad guy implied that all of Chuck’s missions, at least the big ones, had been part of some big plan. That he’d been a pawn. What kind of game were they playing?

Overall, I thought the finale was an A+ episode. It had heart, it had comedy (more than one Reagan joke in an episode!) and it had a ton of action. What did you think of the Chuck vs. The Cliffhanger? Are you as jazzed as I am about the fifth season?