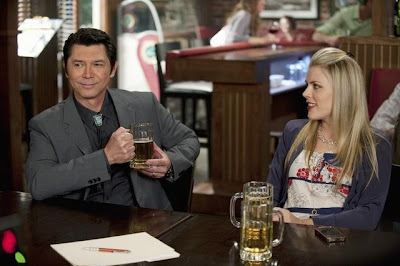 Is it just me, or was last night’s episode of Cougar Town just only so-so? Maybe it is just me. I’ve never been the biggest Travis fan, and I openly hated Kristen, so maybe it’s because the whole Travis is heartbroken storyline leaves me a little cold. Maybe there wasn’t enough wine involved. Maybe it’s because I didn’t find Lou Diamond Phillips that funny. Anyway, it’s not that the episode was bad, it just wasn’t one of my favorites.

I can still find five things to love about it, though, so here are the weekly five things I loved about Cougar Town.

What did you think of the episode? Are you excited for next week’s double-episode Hawaii bonanza?