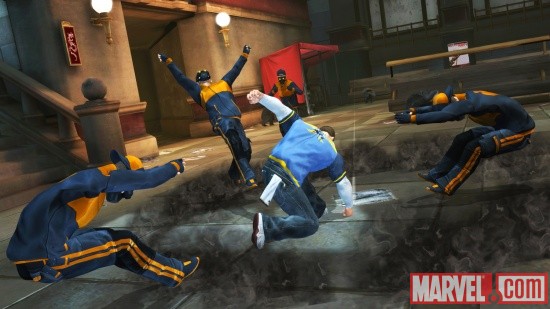 When “X-Men: Destiny” hits this Fall, gamers will have the opportunity to help guide the paths of several young mutants as they choose between the X-Men and their enemies. Now we’ve got full details and new screenshots on Grant Alexander, one of the playable characters in the game. 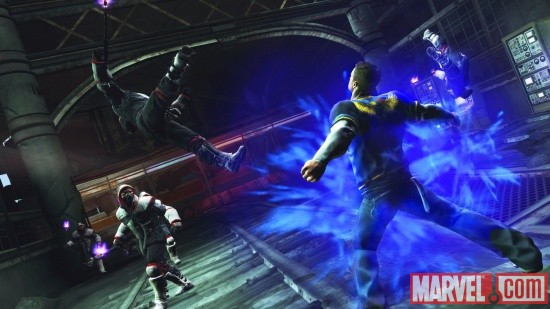 Ambition: To be a football superstar.

Back Story: Grant is in San Francisco hoping to land a starting spot for the University of California, Berkeley, Varsity Squad. Oblivious to the world tensions, Grant doesn’t see that the peace rally and threatening protesters around him have any connection to his life. When he discovers his own mutant powers, Grant is faced with the realization that mutant/human relations are absolutely his problem.

Skitch Commentary: While I am not particularly thrilled about being limited to three characters that seem pretty pre-defined in terms of personality and powers, I am still very interested in this game. I’ve been participating and/or running X-Men related RPG’s for more than ten years now.

By the way, in case you missed it, the first character announced was:

Back story: Smuggled out of Japan by her mutant parents before the entire family could be rounded up and incarcerated in the new mutant camps, Aimi arrives in San Francisco hidden on a tanker ship. She is too young and frightened to appreciate her parents’ motivations for sending her away, and instead feels only the bitterness and anger of abandonment.