First up, Dick Grayson returns to the role of Nightwing. 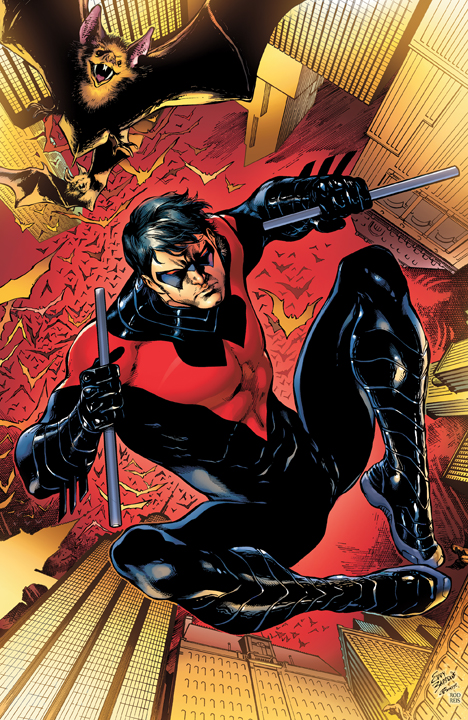 After a tenure as the Batman of Gotham, Dick Grayson resumes his mantle as Nightwing! As Dick embraces his identity, Haley’s Circus, the big top where he once performed with his family, returns to Gotham – bringing with it a history of murder, mystery and superhuman evil. Nightwing must confront friends and enemies from his past as he searches for the source of an even greater evil.

NIGHTWING will be written by Kyle Higgins with art duties handled by fan-favorite Eddy Barrows.

And then we’ve got the announcement of “Red Hood and The Outlaws” by Scott Lobdell and Kenneth Rocafort. 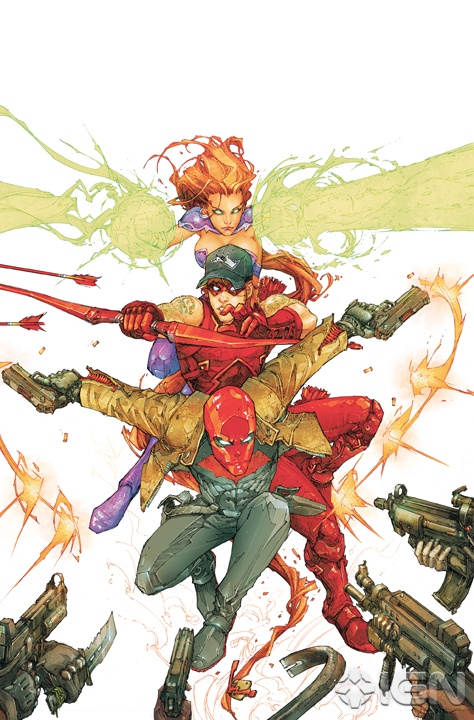 Yes, that is Roy “Arsenal” Harper and Starfire behind Jason. Roy who appears to have two arms, neither metal. And a bow, which his bionic arm made him unable to use. Mike Marts had a few comments on it as well.

“He’s proven to be such a popular character over the last several years with our DVD and also the recent limited series. The success of those stories helped in earning him his own new title and we’re lucky to have Scott Lobdell writing that storyline and Kenneth Rocafort on art, who is a great new talent that we’ve brought into the DC fold. Jason Todd’s group will have several different exciting characters from the DC Universe – some we’ve seen before and some we haven’t.”