Were Money No Object – The Post-San Diego Edition

I’ve never gone to San Diego for Comic Con (I find Toronto’s Fan Expo to be a little overwhelming, and it’s probably a fifth the size – the Toronto Comics Art Festival is more my speed), but like many fans who aren’t in Southern California this week, I have been following the announcements and news pretty closely, as I wonder which of the new projects being released I’m going to want to buy.  What follows are a few thoughts of mine, summarizing what I think are the most interesting or buzz-worthy books being talked about all over the internet this week. 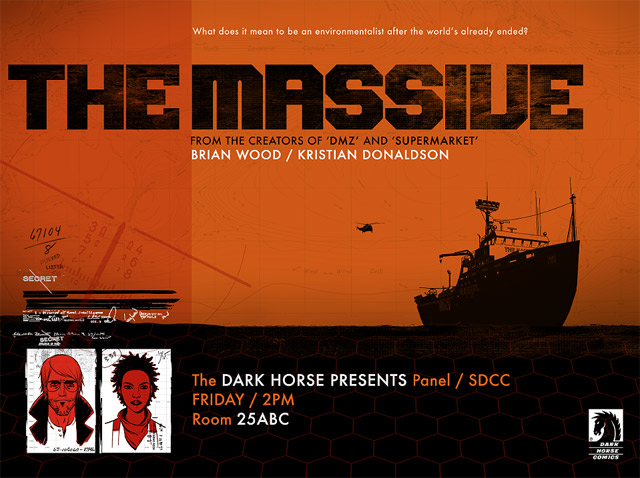 Z and Northlanders set to end soon, I was wondering what Brian Wood was going to be doing next.  Apparently one project is The Massive, featuring art by Kristian Donaldson.  I loved their Supermarket, so I’m in for this.  I haven’t been too impressed with Dark Horse Presents yet, mostly because I feel like it’s rehashing stuff from 20 years ago, but this is exactly the type of thing I was hoping for from them.

DC did most of their announcing in the weeks leading up to San Diego, but they still had a few things up their sleeves in terms of new news.

So Nick Spencer’s going to be continuing with THUNDER Agents despite the fact that he’s Marvel-exclusive now (and has a few Image books in the works – how exclusive is that?).  I’ve really enjoyed this series, and I think that artist Wes Craig will be an interesting addition to the book.  I loved his work on Guardians of the Galaxy, although his style would clash pretty strongly with some of the artists they’ve had working on flashback sequences.

Colleen Doran is working on a graphic novel, Gone to Amerikay, which will be a sweeping look at the history of Irish immigration to the US.  They had me at Colleen Doran. 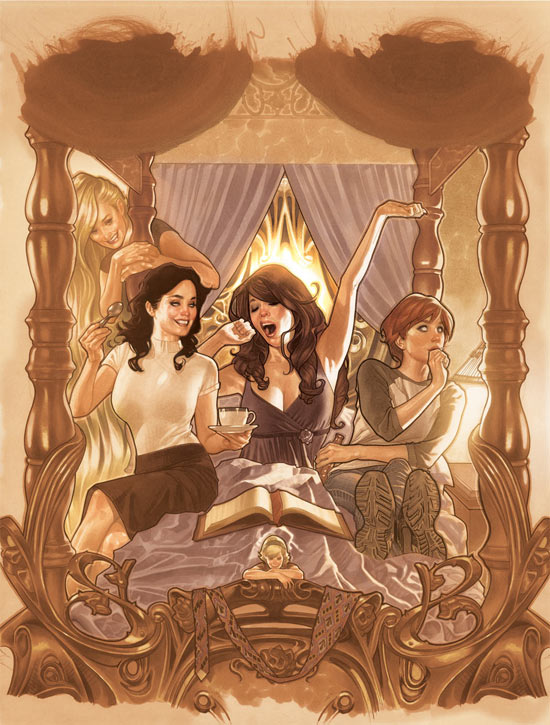 a little like DC Comics Presents, with new creative teams on each new arc, expanding and exploring the Fables-verse.  It’s not a bad idea, so long as the quality of creators stays as high as the ones announced so far (Willingham, Jimenez, Inaki, Roberson, McManus).  I do wonder if the title suggests that the lead character is always going to be female – if so, that will help address some of the imbalance in comics, although if he creators are mostly male…

I love reading non-fiction and socially relevant comics, and am very excited to hear that Guy DeLisle, who has cartooned his way through Pyongyang, Shenzhen, and Burma, is going to be turning his gaze on Israel in Jerusalem: Chronicles From the Holy City.  This should be a great book.

Robert Kirkman can do no wrong these days, and his Thief of Thieves sounds pretty interesting.  It’s being written by a different writer every issue, with a high degree of collaboration from Kirkman, who is basing his approach on the way TV shows are written.  I thought that’s how DC handled 52, but whatever. Nick Spencer and Shawn Martinbrough are on board for this book that’s about a ‘super-thief’ who wants to retire.  I’m going to be on board too.

Kirkman is also publishing a series of graphic novels with his Walking Dead collaborator Charlie Adlard.  I love their work together, so am looking forwa 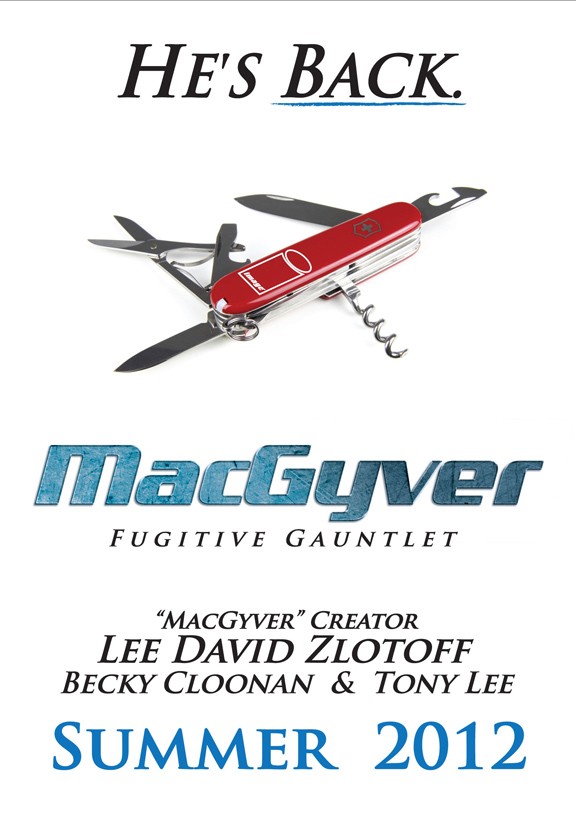 More Witch Doctor next year!  I’ve been enjoying this series so far, so this makes me happy.

I never watched MacGyver when it was on TV, and have no interest in the character.  I do, however, have a massive comics crush on Becky Cloonan, and will buy any project she does.  Tony Lee is a part of this too.

Ted McKeever’s comics rarely make sense, but there’s something special about them that keeps me coming back.  For that reason, I’m curious to see what Mondo‘s going to be all about.

Saga sounds fantastic.  Brian K. Vaughan and Fiona Staples are doing an on-going science fiction series about family?  I’m in.  There are also going to be two new Jonathan Hickman books at Image – The Manhattan Projects with Nick Pitarra, and Secret with Ryan Bodenheim.  Hickman’s done his best work at Image, so I’m very excited about both of these projects, even if they are going to end up running hella late.

I think of any of the com 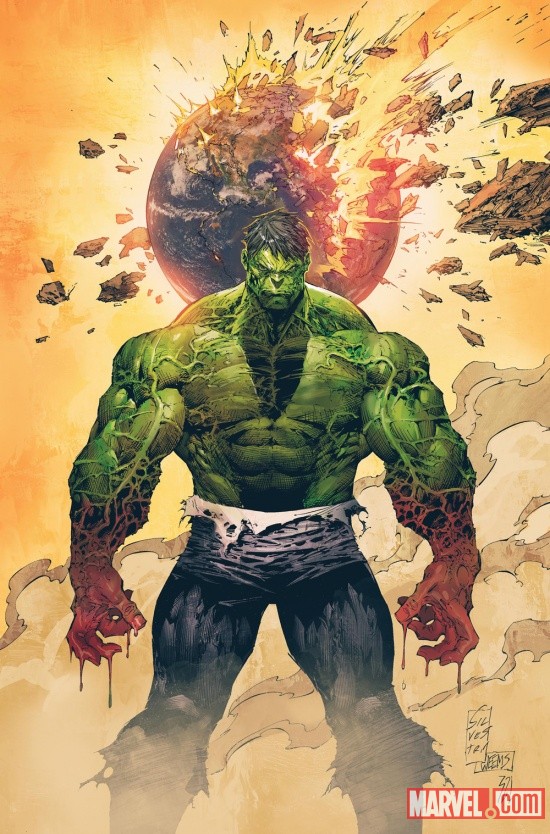 panies present, Marvel had the least impressive showing.  From everything I’ve read, they are putting most of their eggs in the film basket, and their comics on offer seem like a lot of retreads and the return of properties that no one is exactly clamoring for.

I’d be curious to see how Jason Aaron writes The Incredible Hulk.  I don’t know if Marc Silvestri is the right artist for this kind of project, but I’ll probably check it out.  I hope it’s only going to be $2.99; I think it’s been proven that the Hulk won’t sell above that.

Now that we can’t read The Secret Six any more, and DC’s new Suicide Squad is making me nervous (horrible redesigns, switching artists), I think I’m going to be trusting Dan Abnett and Andy Lanning to provide a monthly villain comic worth reading, with their upcoming Villains for Hire.  I’m pleased to see that Paladin will still have a central role in the comic, as the dynamic between him and Misty is the best part of H4H now.

I have a rule about Jeph Loeb which I feel works very well for me, so I won’t even be glancing at Cable Reborn on the stands.

Am I the only person that thinks The Fearless sounds a little too much like Brightest Day?  In other words, like a project that has to clean up the pieces of an event that couldn’t properly wrap itself up.  I like Matt Fraction and Cullen Bunn, but I haven’t been impressed with either of them in terms of this event (exc 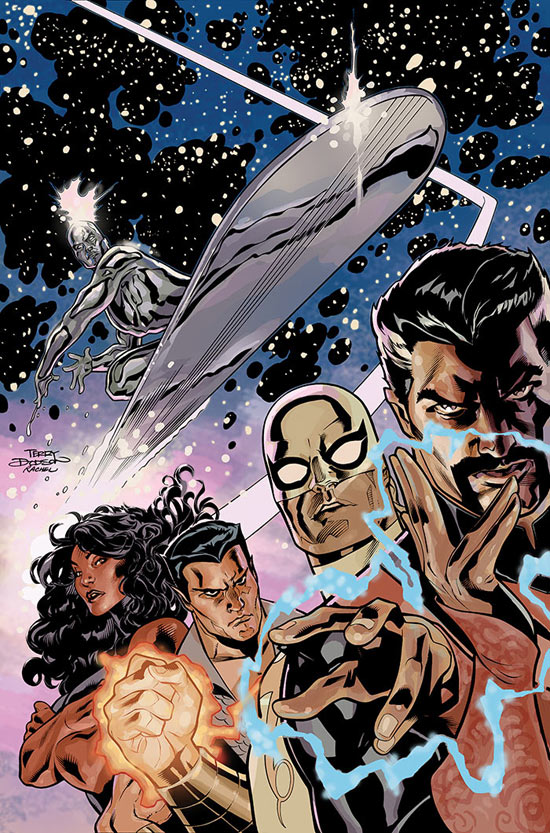 ept for Invincible Iron Man).  Also, I rate Mark Bagley as just a little less effective than Jeph Loeb at making me dislike comics.  I’ll have to see what the story reason for this is before I decide about buying it…

I do think that The Defenders sounds good however, and I hope this is the ‘good’ Matt Fraction writing it.  That the Dodsons are drawing is a huge boost.  I like collection of oddball characters, but the idea of this being a reunion for most of these characters, who are currently all starring in Fear Itself: The Deep sounds a little off.

Bryan Lee O’Malley’s new comic, Seconds, is something I’m going to be getting for sure.  I loved Scott Pilgrim, and can’t wait to read something new by a once-local creator.  Too bad it won’t be out until 2013.

In the final analysis, there’s some very nice looking comics coming our way.  By my count, there are three stand alone graphic novels, one series of graphic novels, one serialized story, and twelve series (I’m not sure which are mini-series and which are on-goings) that have my attention.  That’s a lot of product.  I was hoping we’d hear about John Ostrander’s new Star Wars book by now, but otherwise, I think there’s something for everyone coming out of this convention.