Spoiler Warnings: What Superman Villains Show Up This Week in Action Comics #2?

What villain’s showed up this week in Action Comics #2?

Well it’s no surprise that with John Corben showing up as a member of the United States military under General Sam Lane (a position he was first seen having in Geoff John’s Superman: Secret Origin) his transformation into Metallo was basically shoved in our face. 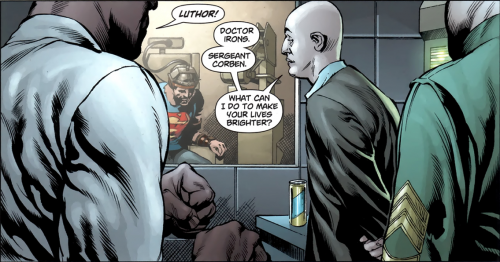 Nice touch that the technology was also partially developed by John Irons. But who else was hinted at? Well we get this panel of Luthor holding a conversation with someone unseen, someone who has been giving him information about Superman’s alien origins, specifically the word Krypton.

I wonder who’d be doing that?

Yup. Brainiac. Looks like our new Superman is going to have to start doing a little more than leaping tall buildings 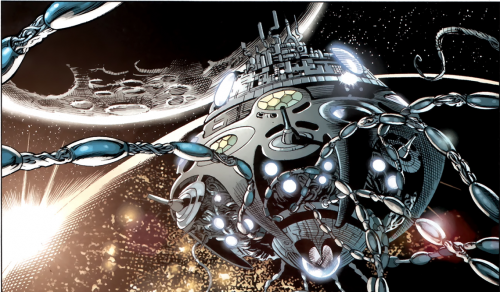