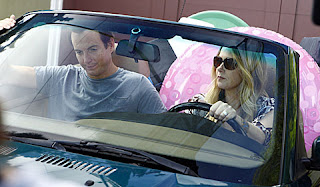 You know what I like most about  Up All Night? The more I watch this show (which could easily become my favorite new fall comedy…but we’ll see where both this show and New Girl go…) the more I see that this could so easily be my future. Reagan buying the baby cowboy boots online over a glass of wine? Yeah, I’m pretty sure that’s me in about five years, right down to the squeal as she clicks to confirm the purchase. My baby will definitely have pink cowboy boots.

I just find that even without children of my own, this show is funny and easy to relate to. I will not want a dowdy mom car. I will hate neighbors like the ones Chris ad Reagan have. I might forget the baby on the front step as I’m trying to pack for a trip to the beach. 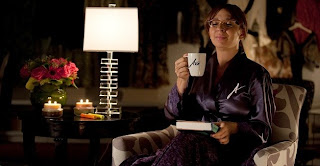 The relationship between Reagan and Chris on this show is what keeps me coming back, and they had more than a few laugh-out-loud moments this week. What the show needs to work on is Maya Rudolph’s role in the series as Ava, but even that is starting to come along for me. I really liked her storyline this week, which resulted in Chris getting his nerd on as he helped her study to interview a famous economist on her talk show.

Overall I think this show it really hitting its stride. It’s been picked up for a full season, so I recommend y’all check it out. Now here are some of my favorite quotes and moments from “New Car”: