Wednesday night’s episode of America’s Next Top Model started off on an unusually serious note when Kayla was rushed to the hospital with cardiac arrhythmia. It could have been due to stress or caffeine, Kayla said. (Or however much medication she’d taken? It sounded like a lot.) Also part of the opening of this episode? Camille opens a package from home full of unpaid bills and Lisa talked about her history with alcoholism. What a fun show! 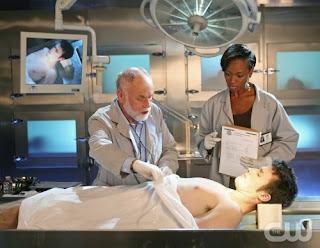 Anyway, enough with that pesky medical issue. It’s challenge time! The girls were competing for an appearance on CSI or, as Laura called it, “the number one show ever in the world”. Oh good god. If that’s true, my career in  criticism is over before it ever had a chance to begin. The girls had thirty minutes to memorize a script peppered with medical jargon. Angelea nailed the medical terms, and Bre did as well. Despite growing up in Los Angeles and apparently having acting experience, Lisa totally bombed. She actually said “I did as I was directed, but that’s not acting to me.” Um, it’s definitely part of it. That’s why there are directors. When all was said and done, Bre had done the best job and won the role.

Did you guys know the winner of ANTM: All-Stars was getting a national ad campaign with Express? I didn’t. My mind drifts when Tyra lists the prizes every week – I’m usually distracted by her outfit. Anyway, the photo shoot this week was for Express, with the clients on set and male models taking part.

Bianca struggled during the shoot, and it was because she was tripping over her own ego. She actually told Jay that she was the only “model” there. And you know who else had a hard time? Lisa. Again. Honestly, I don’t even understand why this girl’s around in the first place. Other girls were stressing as well, though. Kayla was still worried about her health, and Camille was worried that at 33 she was too old to be doing an Express ad. (She kinda is.)

Oh, yep, there’s Tyra talking about the Express ad camp…and look at those pants and suspenders! Sorry, what? She was talking about Italy or something? Anyway, let’s move on to the photos.

Laura: Man, Grandma Wanda Sue really brought her A-game this Cycle, didn’t she? Laura looks fab! And her picture is gorgeous too. With or without this show, I think Laura’s a model. 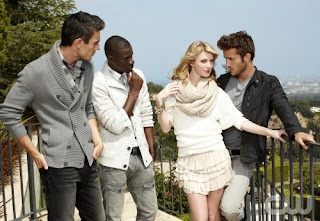 Kayla: I hated Kayla’s stupid hat, but that wasn’t her fault. The photo was good.
Dominique: I really liked Dominique’s photo. It was strong and sexy and really grabbed my attention. Bre: Bre’s photo was just OK – cute, but didn’t blow me away.
Alexandria: I don’t know if it’s her haircut or what, but Alexandria just isn’t doing it for me this cycle. This photo was painfully average.
Allison: I loved this photo because it proves that Allison can totally go commercial, which is unexpected.
Camille: Yawn. That’s all, just yawn.
Lisa: Did Lisa really blame her bad photo on the male photos being hungry? I can’t stand this girl.
Bianca: I don’t think this was Bianca’s most flattering or strongest photo, at all.
Angelea: Angelea, however, looked fierce. 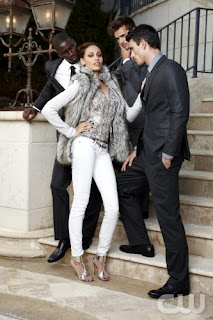 Shannon: Shannon’s another bore. I could lose both her and Camille right now without batting an eye.

So who had the worst photo? I could have placed a few girls at the bottom, but based on attitude and a poor overall performance, I thought Lisa should have been eliminated. My favorite photo? Probably either Dominique or Laura. 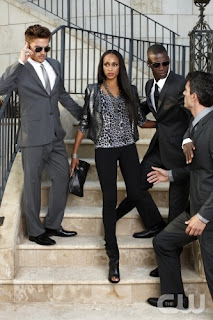 First called was Angelea, and I was happy for her – she did well at the challenge and had a great photo. Next were Dominique, Allison, Laura, Kayla, Shannon, Bre, Bianca and Alexandria. That left Lisa and Camille in the bottom two – predictable, but justified. I would have sent them both packing. Tyra chose to keep Lisa around and send Camille packing. I’m not sad to see boring Camille go, but I don’t look forward to hearing lame-o excuses from Lisa for another week.

Coming up on ANTM, the crazy train continues with appearances from the Kardashian sisters and LaToya Jackson. Can’t wait! See you next week, and don’t forget to tell me what you thought of the episode in the comment section.