Oh, models. They’re not very good at math, but they’re pretty damn good at having meltdowns.

When self-professed “good girl” Shannon told the girls they would each get 20 minutes on the phone, Bianca was worried that time would run out before they got to her turn, in tenth place. To her credit, it didn’t seem like Bianca had yelled at Shannon at all before the girl just burst into tears and started talking about her sensitive soul. And if there really are ten girls and they only had an hour and a half before leaving then, no, each girl wouldn’t be able to get 20 minutes. Anyway, it was quite the fight. 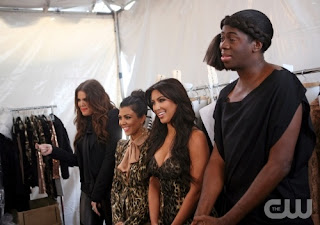 Challenge time! The girls had to do a Kardashian collection (kollection? really?) runway show on a moving carousel. The Kardashians told the models to exude confidence and some girls (ahem, Angelea) took that as “act like a drag queen”. Of all the models, I thought Bre gave the best runway performance. The Kardashians announced that they couldn’t choose between two girls, so Bre and Lisa tied as winners. Afterwords, Miss J told Bianca that she looked mad on the runway, and Bianca just let it fly – so unprofessional. It was so, so unprofessional. 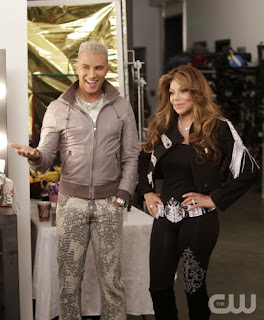 For the photo shoot this week, the models were portraying Michael Jackson at various stages of his career. And famous Jackson freeloader sister LaToya Jackson was on set to hog the spotlight a little longer help. A lot of the girls really went all out for the shoot, and it was fun to watch. Could Allison have looked any cuter as a young MJ?

So how did the photos turn out? Well, let’s run through ’em. 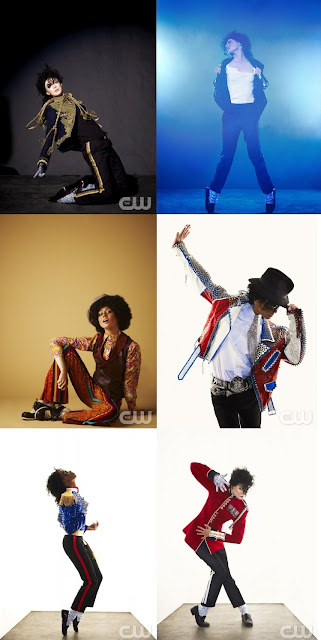 Shannon: Great photo! Shannon was completely unrecognizable, of course, but her body looked fantastic.
Kayla: Now that’s a hot photo. When Kayla struck that pose, everyone on set knew she’d gotten the shot and they were right.
Dominique: I liked this shot too! Seriously, who didn’t knock this out of the park.
Angelea: I liked this OK, but it didn’t grab me the way some of the other photos did.
Allison: I just love this girl, y’all know that. But my favoritism aside, I thought it was a great picture – especially because as a young Michael Allison couldn’t resort to the same poses as everyone else.
Bre: The judges were tough on Bre, but I thought it was a fantastic photo. I liked what Tyra pointed out about her face.
Alexandria: Tyra was spot on when she said Alexandria’s photo had a bit of a sense of humor – I don’t usually like Alexandria, but I liked that about this shot.
Lisa: I can’t stand Lisa, but this photo shoot was made for her. Yet, instead of being one of the best photos Lisa’s just looked like the same old same old.
Laura: Favorite photo alert! Laura killed the MJ photo shoot.
Bianca: Bianca is like Bre Lite – she did a similar pose, but it wasn’t nearly as captivating to me.

So who deserved to be called first? I definitely thought Laura did, but there were a lot of strong photos in this bunch. Kayla was really damn good too. Since I’m not a fan of Lisa I was hoping she’d be eliminated, but I was ready to kiss Bianca goodbye as well.

Tyra announced that LaToya had selected the entire order of the models – a surprising choice, and she differed quite a bit from what I would have done. Laura was called first, followed by Shannon, Dominique, Allison, Alexandria, Kayla, Bre and Bianca. That left Angelea and Lisa in the bottom two. And then, because LaToya Jackson is a huge wimp, both girls were kept in the competition. Are you kidding me? Really? Just last week I was saying I could eliminate four or five of these girls on the spot! Come on. Angelea credited LaToya, the deceased Michael Jackson, and the one and only Jesus for keeping her around. Oh, honey, no. It was just LaToya. Don’t flatter yourself, MJ’s busy watching his trial.

So, what’d you guys think of the episode? Who do you think had the best photo? Let me know in the comments!