Following New 52’s Deathstroke and Nightwing writer Kyle Higgins’ confirmation that Deathstroke no longer has ties to the Teen Titans in the new DCU, and last week’s AMAZING cliffhanger in the latest issue of Deathstroke, comes February 2012 news.

The solicitation for the DC Comics Relaunch’s Deathstroke #6 reveals that it will tackle what happened to Grant Wilson, the assassin son of Slade Wilson, Deathstroke’s alter ego. 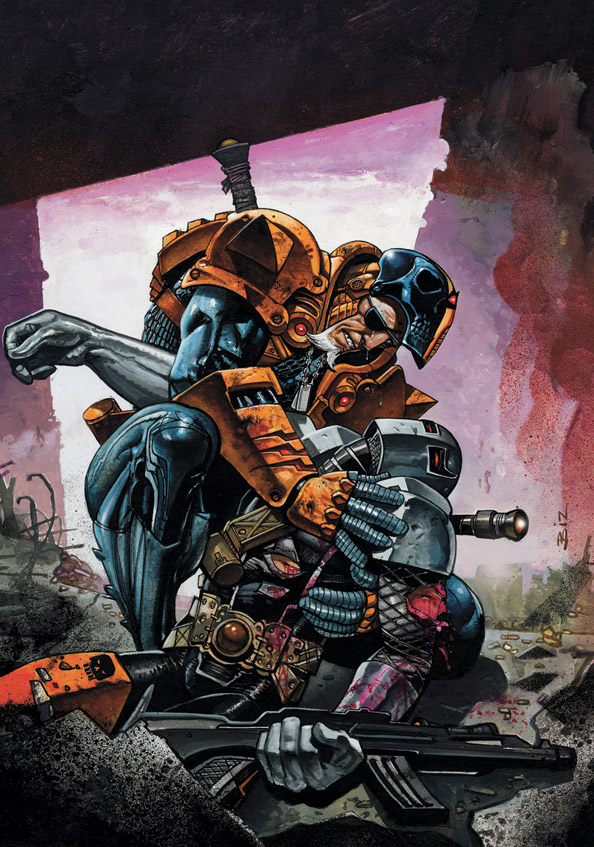 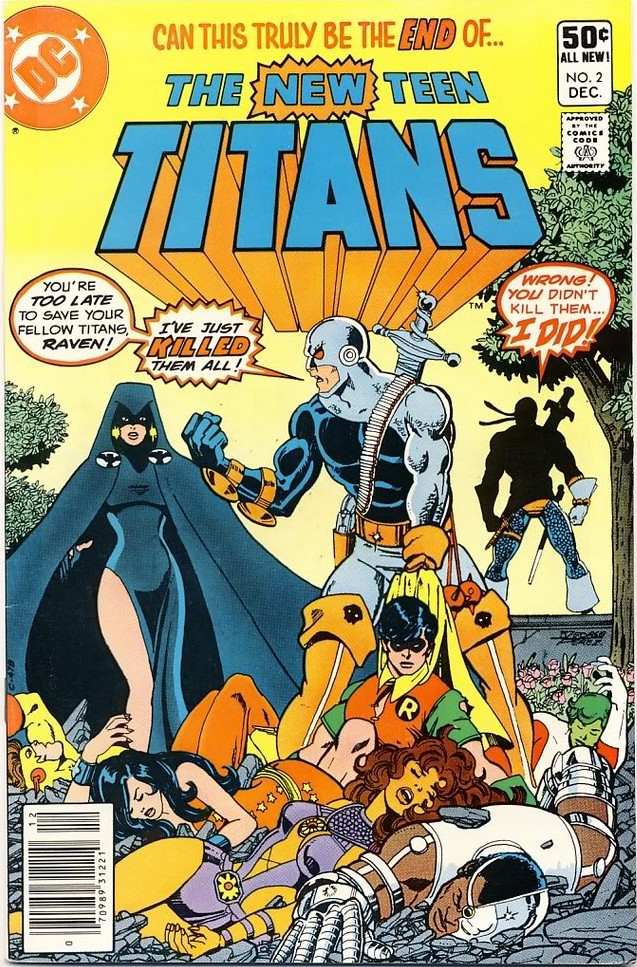 For folks who may not recall, the 1981 New Teen Titans #2, by writer Marv Wolfman and artist George Perez, was the first full appearance of Deathstroke and began a long storied intertwined history between both franchises. The death of Slade’s son Grant, the first mercenary named Ravager in that issue, during a failed assassination attempt on the Teen Titans started a bitter rivalry that tore the Wilson family apart. It would lead to the death of Slade’s second son Joseph, a.k.a. the Titan named Jericho, at his father’s hand as well as the occular maiming of his daughter Rose who picked up the Ravager mantle. More drama and twists and turns that a soap opera!

Deathstroke #6, written by Kyle Higgins, interior art by Joe Bennett and Art Thibert, plus cover by the iconic Simon Bisley, looks to re-invent Slade’s backstory. With the New Teen Titans so crucial to his pre-Flashpoint beginnings, it will be interesting to see how the below solicitation materializes in the actual book:

“As the mercenary known as Deathstroke, Slade Wilson has worked a lot of tough jobs. But Slade’s biggest challenge may not have involved fighting at all – it may have involved love. Just who was Adeline? And what happened to his son, Grant? Find out in issue #6 as the veil of Slade Wilson’s past begins to lift!”

We haven’t seen Joseph Wilson in the new DCU yet, but Rose Wilson is a regular character in Scott Lobdell’s Superboy series. Grant shows up, in flashback likely, in Deathstroke #6 and I wonder if we can assume that in the new continuity Adeline is still Slade’s ex-wife; who the solicit implies is dead, e.g. using the word “was”.

In Kyle I trust. I’m curious how this all unfurls. 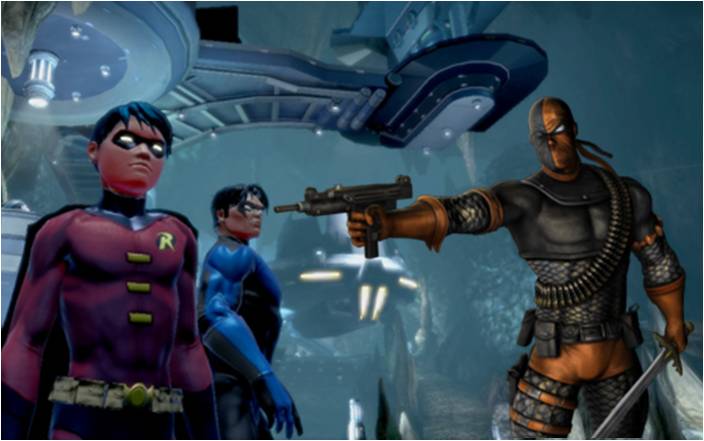