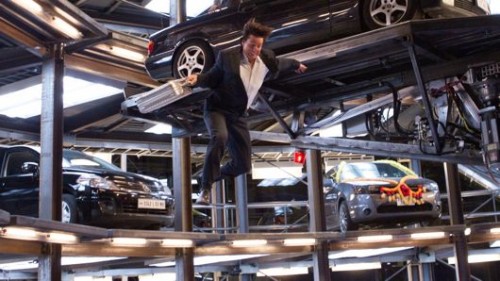 Before getting to this weekend’s box office take, let’s reflect on last year just a bit. What did 2011 teach us? Well, it showed that inflation helped boost sales, while attendance was at a level it hasn’t been since Clinton was President. Once again, people gravitated to sequels more than anything else. The seven highest-grossing films were all sequels. The remainder of the top ten consisted of brands (Marvel Comics’ Thor and Captain America: The First Avenger, plus Fox’s Rise of the Planet of the Apes). What this tell us that even if people complain about films being unoriginal nowadays, the majority gravitate to familiar properties. And that won’t change until people stop purchasing a ticket. Even then, Hollywood will revive the property several years later, especially if it is horror (see Friday the 13th and A Nightmare on Elm Street – we most likely won’t see sequels spawned of the current reboot, but we’ll probably get a third revival at some point).

If there’s one thing I have learned about movies is that advertising and the hype machine can only push a film so far, it’s up to the audience to go. Before the summer, if you would have told me that Super 8 would outgross the likes of Green Lantern and Cowboys & Aliens I would have said no way. But it truly was the summer where if you had a big budget and a high concept idea, you were more likely to fail than to succeed. The same, sadly, could also be said of Martin Scorsese’s Hugo. A film that in no way will make its money back in theaters, but could very well become one of films people talk about in the years to come.

2011 also saw a paradigm shift in attracting the Comic Con crowd. Granted, most of the top 10 appealed to the comic-book/genre-centric faithful, but then you have the already mentioned Green Lantern and Cowboys & Aliens duds, along with a revamped Conan the Barbarian and Zack Snyder’s Sucker Punch. 2012 should be better overall with The Avengers, Prometheus, The Hobbit and, of course, The Dark Knight Rises, but beware the likes of John Carter (I’m sorry the trailers have done nothing for me) and The Amazing Spider-Man.

Last year also showed how well women react to movies. Outside of sequels and brands, both Bridesmaids and The Help finished at #11 and #12. Nobody was expecting much from either. Hell, the advertising for Bridesmaids wasn’t anything remarkable, but the two films just clicked. Part of it was timing – The Help opened the second week of August and stayed in the top 10 for 10 consecutive weeks – and a little bit of luck – Bridesmaids remained in the top five for five consecutive weeks while facing stiff competition like The Hangover Part II, a Kung Fu Panda sequel, and Johnny Depp in Search of More Booty. It also helped that both had incredible word of mouth. Remarkably, neither were rom-com material that is usually boyfriend kryptonite. For the first half of 2012, women will most likely venture to see This Means War (does Reese Witherspoon still got it?), The Hunger Games, The Five-Year Engagement, and a revival of Titanic in 3-D. 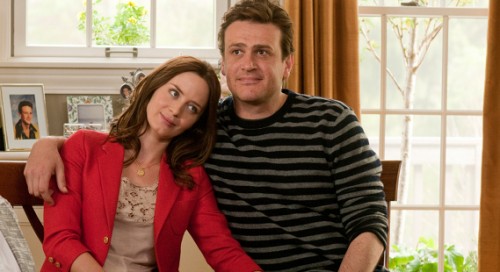 Will females line up to see The Five-Year Engagement in 2012?

Even though 2011 saw its lowest theater attendance since the ’90s, you have to admit that there are just some movies that have to be seen on the big screen. Quantify it by visuals or pop culture resonance, as much as it pains me to say it, Michael Bay’s latest Transformers monstrosity is best enjoyed on a giant wall in a theater full of chairs and holes in the armrests big enough to hold a 64 oz. drink. The films that really stood out on the big screen from 2011 include Mission: Impossible – Ghost Protocol (specifically the IMAX presentation), The Tree of Life and Hugo.

That concludes my musings on last year’s box office performance. Now on with our feature presentation.

Mission: Impossible – Ghost Protocol takes the top spot again improving on its overall take last week. Now it zeros in on surpassing the domestic haul of Mission: Impossible III. Worldwide the film has crossed the $300 million mark and should cross $400 million in the coming weeks. Once again, Tom Cruise’s career has shifted out of cruise control and is firing on all cylinders. With Rock of Ages forthcoming (the film overall will most likely suck, but he will own his role) and projects with Christopher McQuarrie (writer-director of The Way of the Gun and writer of Cruise’s Valkyrie) and Doug Liman look for his star power to grow – as long as he can avoid couches.

Sherlock Holmes: A Game of Shadows takes silver once again. Just like I wrote about earlier, audiences tend to gravitate to properties that have a proven track record. While it got off to a slow start, this sequel to the 2010 hit film looks to have legs. It may not have the benefit of getting an added boost from those who couldn’t get into seeing Avatar like Sherlock Holmes had, A Game of Shadows will most likely finish around the same gross as the original. Once it its more markets overseas, look for its international gross to do gangbusters.

The continued the success of Alvin and the Chipmunks in theaters just proves that parents don’t give two flips about what their children watch. Honestly, what’s the fascination with CGI chipmunks voiced by Justin Long and Anna Faris? Showing that she’s still a fighter, The Girl With The Dragon Tattoo is well on its way to topping $60 million. Still $40 million short of its estimated $100 million budget, but it wouldn’t surprise if the film makes it to nine figures. In a few weeks Oscar nominations come out and if Dragon Tattoo is up for some major awards, look out, as The Girl with the Dragon Tattoo might be ready to play with fire and kick the hornet’s nest next.

Last year proved that the old guard of film-makers are not infallible. Martin Scorsese’s Hugo has struggled, and Steven Spielberg’s one-two punch of War Horse and The Adventures of Tintin have had mixed results thus far. Horse galloped to theaters on Christmas and has earned $42 million after a week in release. Not a bad figure, but maybe I’m just expecting more from a Spielberg picture nowadays, despite the fact the last Spielberg film of any substantial merit, Munich, didn’t set the theater ablaze with traffic. Still, word of mouth will help War Horse‘s totals and Tintin, which only grossed an estimated $12 million this past weekend, is already a success worldwide with more than $239 million earned already. 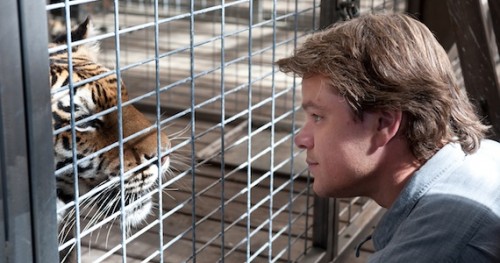 Getting a sizable bump in its second week was We Bought a Zoo. With $41.7 million earned, Cameron Crowe’s film has already outgrossed such Matt Damon star vehicles as The Informant!, Hereafter and Green Zone. At this rate it should eclipse The Adjustment Bureau, Damon’s biggest non-franchise or ensemble project release since The Talented Mr. Ripley. Newsflash: There were people that actually went to see New Year’s Eve on New Year’s Eve. Really?

The Darkest Hour, though not a great film, just needs to leave the top 10 so it can arrive to DVD already. Then people can stop calling it an alien invasion flick to what it really is – the unofficial spin-off of The Social Network. Once again Max Minghella’s brilliant web-based idea is stolen. Like John McClane so eloquently put it, “How can the same shit happen to the same guy twice?”

Re-entering top 10 is Fox Searchlight’s The Descendants. At $40 million, matching Sideways‘ $71 million gross seems like a foregone conclusion. But the film for general audiences is only playing on 878 screens. Success at the Golden Globes and SAG Awards could lift its changes for even more awards and box office dollars.

As far as indies go, Meryl Streep’s The Iron Lady played at four locations for Oscar consideration and averaged $55k per-screen. The foreign release from Iran, A Separation, grossed $66k on three screens.

It was very active for the arthouse holdovers as well. While “The Artist” didn’t expand, it still improved heavily on last weekend’s numbers with $1.4 million on 167 screens, passing the $5 million mark in the process. Even more spectacular is the continuned $20k per-screen performance of “Tinker, Tailor, Soldier, Spy,” which pulled in $1.2 million at fifty seven locations, incredible numbers for a four-week-old release. In its second weekend, Extremely Loud and Incredibly Close averaged $17k at six locations. Outside of The Artist‘s continued success on 167 screens (with numbers totaling $1.4 million), the story of the moment is at how well Tinker, Tailor, Soldier, Spy has managed to perform after four weeks. Playing at 57 locations, the spy thriller pulled in another $1.2 million.

What’s on tap for this coming week: will audiences take to The Devil Inside or will Mission: Impossible and Sherlock Holmes reign supreme once again?