Weekend Box Office: Audiences Make The Devil Inside #1, But Give It An ‘F’ 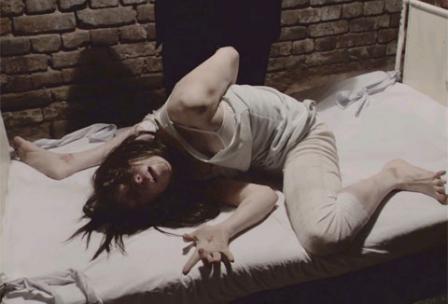 People who want to criticize why certain movies succeed while others fail, well just look at who’s going to the movies. A movie like The Devil Inside is geared toward teens and urban viewers first and foremost, so it’s understandable why, as a horror release, it would do well on a Friday night. Even as the new year starts out with a new release getting a big number, it’s also worth noting the initial reactions to the film. Paramount’s found footage film got a CinemaScore rating of ‘F’. Horror releases typically get low grades, but an ‘F’ is rare. Playing on 2,285 screens, the The Devil Inside made an estimated $34.5 million. That’s $23.9 million better than last year’s major release at the same time, Nicolas Cage’s Season of the Witch.

Consider Paramount Pictures lucky to pull a fast one on audiences. The found footage genre is akin to reality shows on TV. Cheap and easy to make that audiences tend to gravitate towards. That’s not to imply that anyone who watches the Kardashians would watch an exorcism pic. Though both are scary propositions in terms of viewing.

Falling to second is Tom Cruise’s Mission: Impossible – Ghost Protocol, which is nearing $500 million globally. Withstanding public scrutiny to his couch-jumping episode prior to the release of Mission: Impossible III, Cruise shows that the M:I series still has a lot to offer as well as prove he’s still beloved by general audiences. The release of Ghost Protocol was a gamble that proved lucrative for Paramount. What was built as a summer tentpole event, the film has made a nice profit opening in the winter months. Perhaps other studios will experiment in the coming years by giving audiences on of their summer blockbusters for Christmas.

Sherlock Holmes: A Game of Shadows won’t match the totals of its predecessor, but its week by week drop off isn’t nearly as big. Look for it to be a big seller on the home market, thus ensuring Mr. Holmes vitality for another mystery-adventure with Watson. The Girl with the Dragon Tattoo got off to an inauspicious start, but has held steady with each passing week. In between holiday purchases and ringing the New Year, adults just cross “see sexy serial killer thriller” off their to do list. Nearing $80 million domestic, the real test is how it will do overseas.

Pickings are slim for small viewers, so that explains Alvin and the Chipmunks: Chipwrecked presence in the top 10. With an opening weekend that was half its predecessors, and an estimated cumulative total of $111 million, the franchise has lost some steam. But success on the international level will ensure we get to see these characters again and again in the coming years. 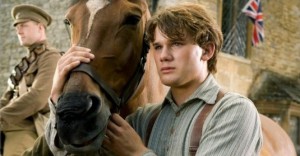 Steven Spielberg may not have a stateside blockbuster with The Adventures of Tintin, but its earnings in the U.S. have propelled the CG-animated flick past $300 million worldwide. His other film, War Horse, is a safe picture aimed at kids and adults alike, but audiences aren’t coming out in droves. Awards season will help dictate its success. Print and TV spots showcasing its Golden Globes wins and Oscar nominations could give it a boost in the coming weeks.

Universal and Focus Features’ expansion of Tinker, Tailor, Solider, Spy boosted its earnings from $1 million last week to $5.8 million this weekend. The Brit period thriller has been hailed internationally, though it is one of those films where it will take more than a single viewing to appreciate. And finishing off the top 10 this week was New Year’s Eve. Crossing $50 million in five weeks, it has yet to surpass the first three day total of Valentine’s Day. So much for a Happy New Year.

Checking out the art house scene, The Weinstein Company’s The Artist adds another $1 million to its box office and continues to grow. Meryl Streep’s The Iron Lady earned $172k at five locations, while Extremely Loud & Incredibly Close finished with $96k collected from six screens.