Superman Beyond Returns in April 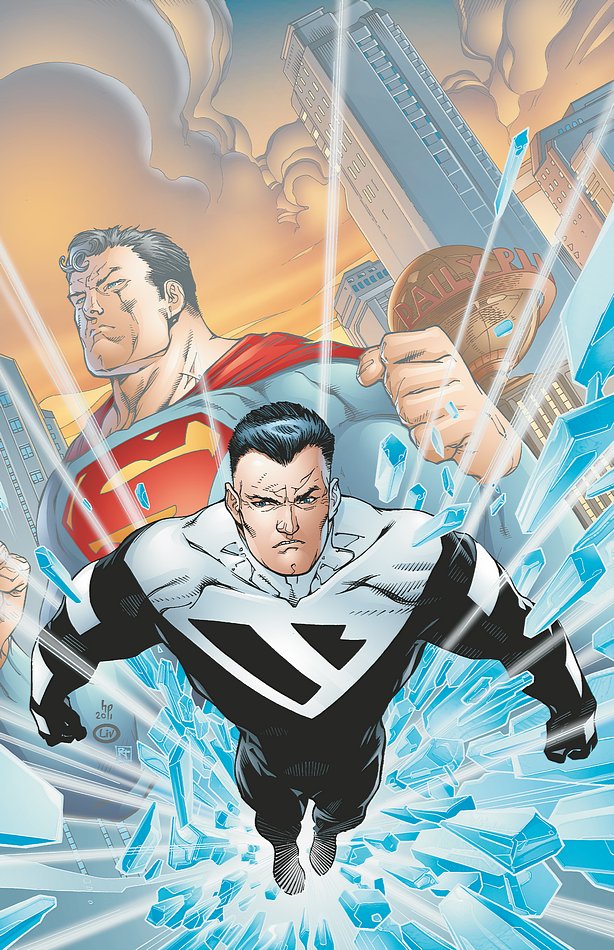 This morning, JT Krul posted on his blog:

Hey Everyone. So at long last I can finally announce that I will be writing Superman Beyond, starting in April. Working with Howard Porter and Livesay. It’s my first time writing the Man of Steel and couldn’t be more excited for it.

This news was pretty unexpected, but very welcome. I’m a huge fan of DC’s Beyond books, and Superman Beyond’s return was rumored for a while now.

My only gripe is that it’s a shame DC couldn’t/didn’t get the Spider-Girl team to come back. Tom DeFalco and Ron Frenz did such a great job on Superman Beyond #0 that I would have loved to see what they could do with an ongoing series.

That said, I enjoyed JT Krul’s work on Green Arrow, and I do think him and Howard Porter will be a great fit on Superman Beyond.

I also am glad that DC continues to support the Beyond line.  Batman Beyond was one of the comics that got me back reading full time again, and I have missed it these last few months.

There hasn’t been any official announcement yet on whether this book will be getting a digital-first release like Batman Beyond and Justice League Beyond, but it is listed in the print version of the “Batman Beyond Unlimited” comic which is supposed to collect the digital editions, and Superman Beyond doesn’t have its own solicit in April, so I suspect it will be digital-first.

In the debut of SUPERMAN BEYOND, The Man of Tomorrow returns home to an unfamiliar City of Tomorrow patrolled by super-powered police officers. With most of his loved ones gone, he wonders if Superman has a place in this new world. But time and death hold no meaning for a foe who has set a plan in motion to destroy the Man of Steel once and for all!

In BATMAN BEYOND, Russian criminals have taken Mad Stan’s dog and Stan will stop at nothing to get them, even if it means blowing up all of Gotham City in the process. As if Terry doesn’t have enough to handle, his girlfriend comes to him with shocking news about her brother.

In JUSTICE LEAGUE BEYOND, the team works to break the brainwashing Micron underwent, while getting a valuable history lesson from Amanda Waller…but will it help them discover Kobra’s plot in time to save the world?